If I was a White Bird, I would stay far away from blizzards.

Correction, if I was any color bird, I would stay away from all forms of snow. Fuck that. Birds and snow don’t go together. I am also under the impression that penguins are secretly fish. I don’t think my bird body could deal with snow, let alone lots of it.

So sure, a White Bird In A Blizzard may be impossible to see, but if you are any bird in a blizzard, you are probably fucked regardless, right? 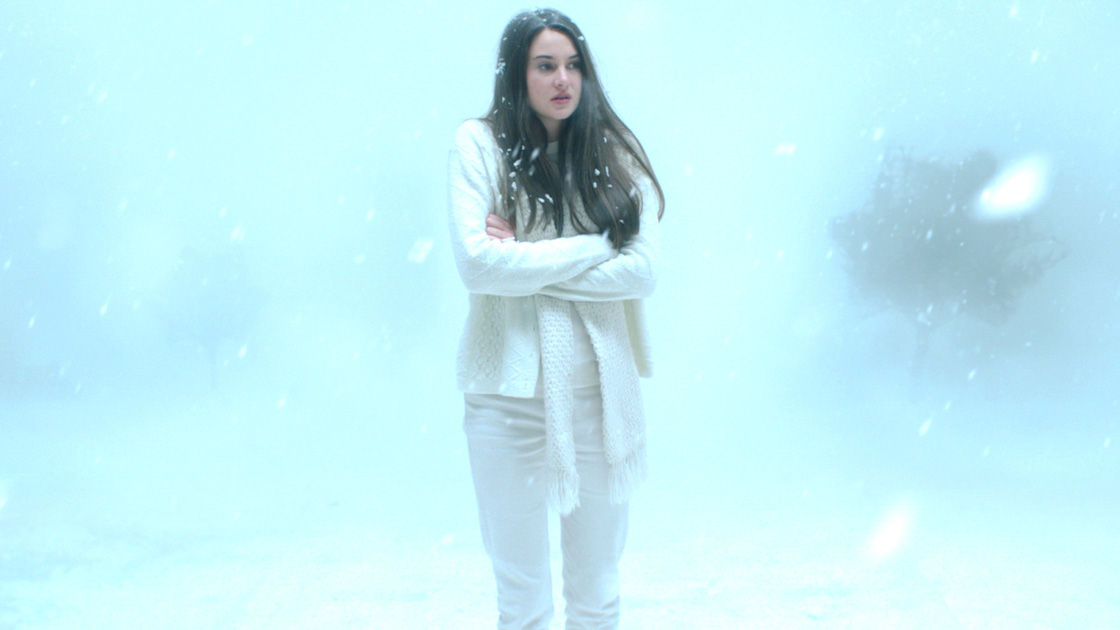 What? This shit isn’t even a metaphor? She is literally in a blizzard people, wearing white, and being white!

First off, get your time machines ready, this movie takes place in the past. Namely, the late 80’s and very early 90’s. So not too distant, but also before some of you were born.

No cell phones, no GPS, no facebooks, so when Kat’s (Shailene Woodley) mom, Eve (Eva Green), goes missing, there is not a lot they can do to find her. She vanished with no trace and no sign of fowl play. Kat’s dad, Brock (Christopher Meloni), is terribly shook up. Brock is a beta bitch, a pushover, and really doesn’t know how to live comfortably after this news. It seems Eve just grew a bit crazy, being a housewife, not getting to be as wild as she used to be, having to make dinner and stay at home all day. So she just bailed, especially when Brock didn’t really fulfill her sexually.

And who could fulfill her sexually, based on her movie history? And based on his TV history.

Either way, all of this has messed up Kat’s social life a bit. She is blossoming into a flower and doesn’t want to be like her mom, so she has sex when she wants and with who she wants. Usually her neighbor/boyfriend (Shiloh Fernandez). But maybe older men who she shouldn’t be messing with. Maybe.

Oh well. Life sucks. Kat feels lost. And she has to rely on her relationships, her friends (Mark Indelicato, Gabourey Sidibe) and the Detective (Thomas Jane) to help her get by unscathed without being too messed up. 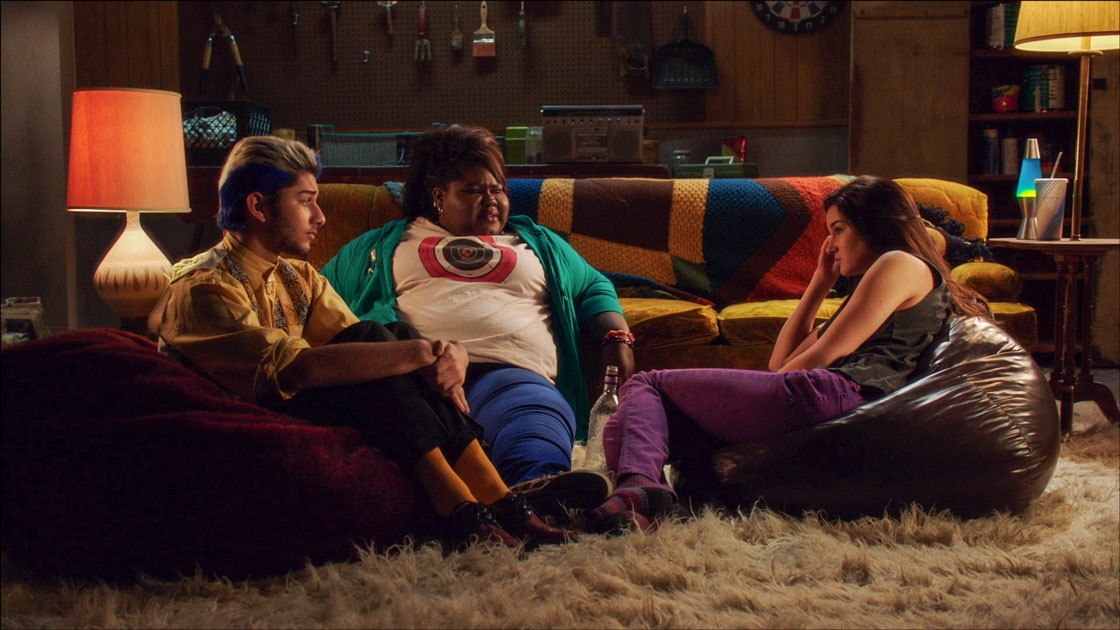 A strong independent black woman and a gay male, the best of best friends represented.

Whoa. This movie dealt with some serious issues. Let’s compare them to Miss Woodley’s other work!

Divergent didn’t really deal with anything serious, as it was clearly just an intense high school film. She didn’t make it into the final cut of The Amazing Spider-Man 2 movie, so no issues at all. The Fault In Our Stars was about death and life at a young age, so we are getting closer. And The Spectacular Now also had a lot of serious issues.

But the issues in this movie are definitely the most serious. And most shocking, given her status as a younger franchise leading woman now. Because this movie deals with a lot of sex, and because of that, sex happens, and yeah, I can see why maybe the Divergent producers maybe wanted to hide this movie from the general public. They might not want their young star being in movies all naked and having sex with older men. Might ruin imaging.

This might be why White Bird In A Blizzard didn’t get a super wide or public release. It kind of just snuck out of nowhere on my radar. It is based on a book, but who cares.

Or or or or hey. Or maybe. Just maybe. It didn’t get a wide release because it wasn’t the best film?

I mean, it had some nice moments. But it also had a lot of dull ones. I don’t think it fell into too many cliches, it just didn’t really seem like a movie that would never stick with me too long after watching it. I won’t forget about the entire movie in a month, just most of it.