One of my final reviews from WorldFest, I decided to watch What’s The Big Deal? (Che Vuoi Che Sia?) on a foreign double header. First a Spanish historical drama, and now an Italian comedy. Two different extremes, but I wanted to end my night on a good note.

And after I watched it, I realized I don’t think I have seen a single “Italian” film for realsies on this website. Except for Tale of Tales, a fantastic movie from last year, but one that is also in English so it is hard to remember it is foreign.

Either way, for someone who is such an Ancient Rome fanatic as I am, I figured I would have hit plenty of Italian films before this. 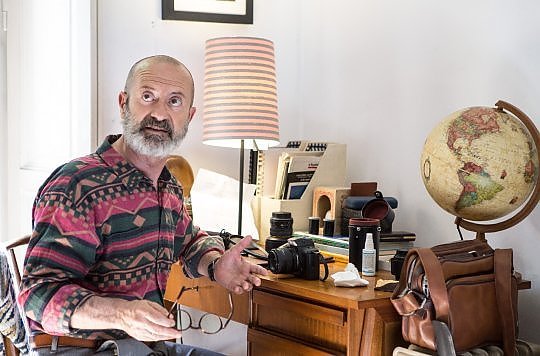 The globe is showing the Americas. Shit, is this actually American too?

But Claudio has an idea for a website. He thinks it will be the next best thing, he just needs some initial funds. But his crowdsourcing goes nowhere, so they drunkenly post a video saying they will post a video of them having sex if they reach their goal, because after all, that is all people care about online.

And it works. It goes viral. And when his wife finds out they won’t let him delete it until the period ends, then he can just deny the money. But the euros keep rolling in, and maybe, just maybe, they might share their bedroom with thousands of people to change their lives.

Also starring Rocco Papaleo as Uncle Franco, who lives with them and encourages them, and Marina Massironi, Franco’s wife who wants them to separate for awhile to rekindle their marriage. 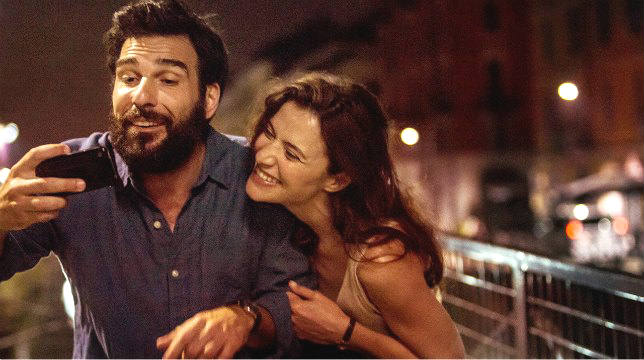 So the film is of course in Italian, but the screening I went played the first ten minutes without subtitles and I mostly got the gist! Don’t worry, it restarted the whole thing. But it was a comedy, and knowing the basic plot it still made plenty of sense, which is a good sign.

The couple felt really believable, and they had a lot of chemistry. They teased each other and felt like really open people. The fact that they were atheist was mentioned, but not really relevant to the plot it seemed. But they weren’t married for that reason at least.

The film had humor and it had believably. The way it showed their spiral into fame wasn’t as believable, but maybe it would be believable in Italy. I know in America, no one would give a shit and move on with their days.

And finally, the ending. Well, I didn’t really get the ending. Of course the couple was arguing a lot as it built up to the night, but their argument last second didn’t seem to make sense in context of their characters. I could be wrong, but it seems like they kept switching their sides in the argument as well.

The ending just felt odd in comparison to the rest of the film. People are complicated, the film tried to show that, but it went to a few extremes in the end for the sake of drama over a good story.