Watching the trailer for We’re The Millers, it is clear that it could be hit or miss. There are moments in there that make me laugh every time I see it, and those that make me think it will be the worse film ever.

If anything, this film might just cement Eustace from The Chronicles of Narnia: The Voyage of the Dawn Treader as a young comedic genius. Stranger things have happened.

“We’re not even a real family. She is just a washed up actress from a 90s Sitcom!” Whoa, Jason. That’s cold.

David (Sudeikis) is a guy in his mid thirties, still dealing pot. It’s a good life for him. But when he gets robbed of his stash, cash, and back up cash, he finds himself in a pile of trouble. His boss Brad (Ed Helms) doesn’t care and sort of wants to kill him! Unless he heads down to Mexico, grabs a shipment of drugs for him, smuggles it across the border. Sounds easy when the other option is death. Plus, he will earn an extra $100k. Nice!

The problem is, he looks like a drug dealer and in no way can smuggle it across the border on his own. Until he realizes that white middle class families on vacation never get searched! He just has to rent and RV and a group of people to play his family.

He hires the weird kid downstairs, Kevin (Will Poulter), the homeless girl on the street, Casey (Emma Roberts), and the stripper down the hall, Rose (Jennifer Aniston) to play the various roles of the Miller family. Nothing could go wrong!

Sure they get to Mexico, and find out that they are actually stealing the marijuana from a Mexican drug lord (Tomer Sisley). Sure, the amount of drugs is several thousands of pounds worth. But they can probably still pull it off.

Hitmen, spiders, engine failure, dogs, DEA, and another RV family (Nick Offerman, Kathryn Hahn, Molly C. Quinn) are just some of the other problems they will face on the road. 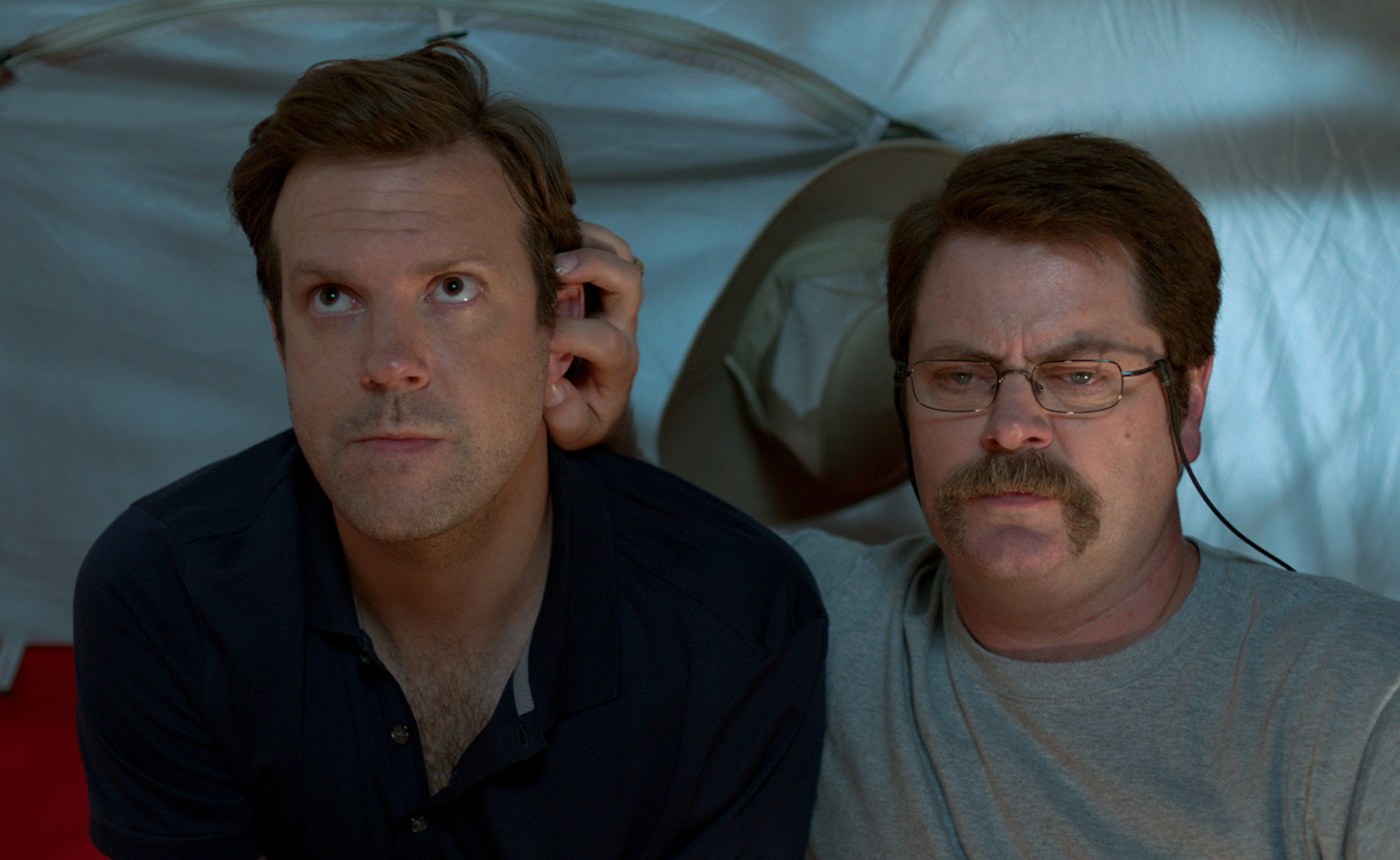 After viewing We’re The Millers, I think that Jason Sudeikis was able to run this movie like the comedy veteran I always knew he could be. It works. It really does.

Yes, this movie has a lot of foul mouthed humor. Cursing, sex jokes, genitalia jokes, incest jokes, it has them all. The unfunny scenes I alluded to in the trailer mostly turned out pretty decent, which is a big relief.

Almost every time Will Poulter was on camera, I found myself laughing. He used to be an annoying asshole kid in a bad Narnia movie. But now he plays the awkward teenager so well, that everything the put him through just tickled my gills.

It wasn’t a perfect movie. Sitting there, a lot of character actions and decisions seemed illogical. If the script was stronger overall, they could have avoided those type of moments. I don’t think they really knew what to do with Emma Roberts as her role in comparison was really limited. Such a shame.

Now if you excuse me, I am going to go blast my old TLC records up and start planning my own fake family vacations.