If 2014 was the year of Biblical themed cinema, 2015 was…not. It went from like five big releases to really just one. Just War Room. And with a name like War Room, it doesn’t even sound like a hardcore religious film (but it issss).

War Room is done by the same director as Fireproof, Facing the Giants, and Courageous. Alex Kendrick, who also writes and stars in these movies usually. It is his company and damn it, he will make religious movies if he wants to. His only real role outside of his own movies was a brief role in Moms’ Night Out, which was of course terrible.

I guess I should admit that I only even know of War Room because it surprisingly came out of nowhere and won the box office a week or two. Yes, it was during a weaker movie time, but also it just proves Christians will just go and see anything in theaters if it is for them. Good way to make sweet sweet cash. 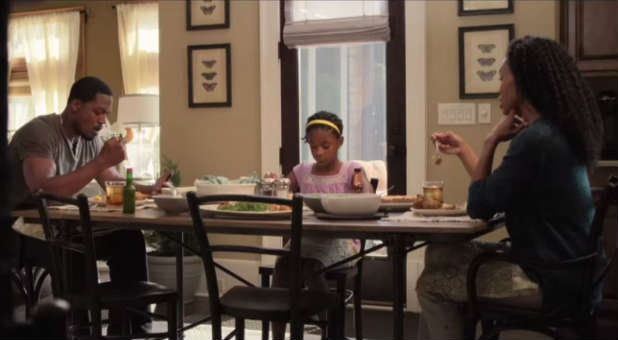 “You can’t fight in here! This is the war room!”

Liz (Priscilla C. Shirer) and Tony (T.C. Stallings) are having a bit of a rough marriage. Sure, they have a daughter, Danielle (Alena Pitts), who is middle school aged or so, but it has gone down hill from there.

Liz is a real estate agent, and Tony is a pharmaceutical rep. That means that Tony travels all the time and is super aggressive/a dick. He makes a shit ton more money, allowing them to have the nice and fancy house. But you know, he is a dick. He is barely in his daughter’s life and he is controlling over Liz. But they used to love each other. It used to be better.

And thankfully Miss Clara (Karen Abercrombie) has all the answers. No, she is not Miss Cleo. That is Devil shit. This is just an old lady who is trying to sell her house. Clara likes to get to the realtor and quickly finds out that there is trouble at Liz’s home. She also finds out that they rarely go to church, oh no!

The solution is simple, more Jesus, and their relationship will be saved. She needs to devote a prayer room in her house, void of all material things, where she can be shut in and talk with God. She can hang prayers up and just pray the fuck out of them. This will fix her marriage. This will make her man love her and not maybe cheat. They will go to war for Jesus in this room, against the devil. A war/prayer room. War room.

Also featuring a smaller role by a guy named Michael Jr., which is apparently his last name. 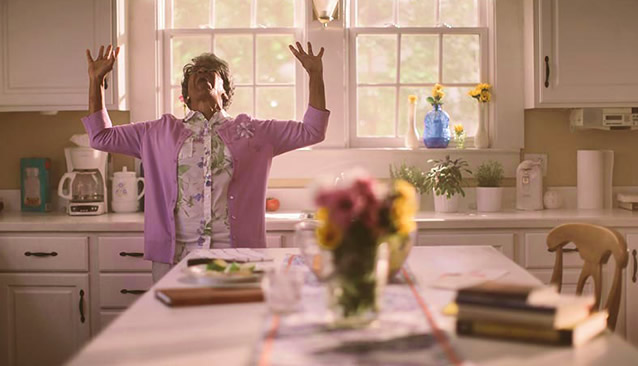 You don’t have to only pray hard in your war room either. You could also use your kitchen, for example.

So yes, I watched this movie now expecting it to make the worst of the year list for me. But it didn’t. It isn’t good, no, but it isn’t downright terrible on every front. It isn’t God’s Not Dead.

Spoilers: Yes their marriage is saved. He doesn’t cheat because he gets sick at a dinner, which is apparently God’s doing. Then he gets fired and is forced to spend time with his family. Did you know that the climax of the movie takes place at a Double Dutch tournament? There is originality in that, if nothing else.

There were a few absurd moments that made me think it was going to be God’s Not Dead bad. A mugging prevented by the power of Jesus. A part where Liz runs around her house yelling that the devil must leave, then running outside to scream some more. That was all very shit cinema. But most of the rest of the film is just regular bad, not terra-bad.

The acting is weak, the plot lines are weak, but it can be easy to make fun of while watching. Heck, there might even have been a reference to Se7en in this movie. It is super out of context and not true, but the quote fits dang it.

Don’t watch War Room if you want super terrible Christian Films. Just be happy that we will get God’s Not Dead 2 this year.