I have heard about the Waitress movie for awhile. Mostly positive things. And once I got rid of all the opinions from people who thought I was talking about Waiting…, turns out people still overall liked Waitress. I knew not much about it, just assumed because it was about a woman, that there would be a love element!

This mostly being necessary for a review coming out on Valentine’s Day. 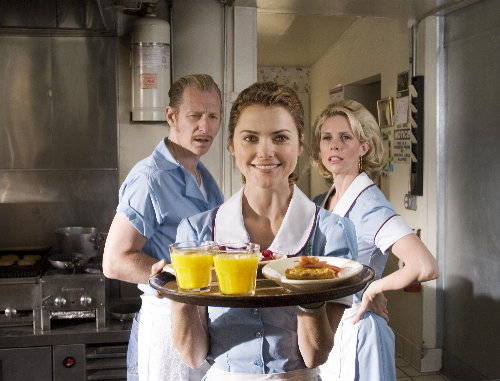 Kari Russell plays a waitress in a small town diner. She likes to make pies, and is good at it. Did the whole pie thing since she was a child. She is married to Jeremy Sisto though, who doesn’t treat her right. Doesn’t beat her or anything, but he also just seems to be controlling. Won’t let her have a car, doesn’t care about her pies, and doesn’t seem to “love” her.

But she gets pregnant! Damn it, damn it! She won’t get rid of it, but she wants to leave her husband anyways, maybe win a pie contest. Unfortunately her doctor just retired, and all she is left with in the small town is Nathan Fillion. Who is awkward around her.

So Keri has to deal with putting up her husband, secretly going to a birthdoctor, possibly wanting to tap said doctor, and still make a lot of pies for the shop. Her friends try their best, fellow waitresses Cheryl Hines and Adrienne Shell, but even the owner, played by Andy Griffith, seems to give her a hard time every time he stops in for meals (and PIES).

The movie isn’t really about love or her looking for love. No it is about a woman, who wants to just live her life the way she wants to live it, with the unfortunate side effect of getting pregnant with a man she doesn’t love. Nathan Fillion is a nice doctor, but he might not be the answers she needs either. 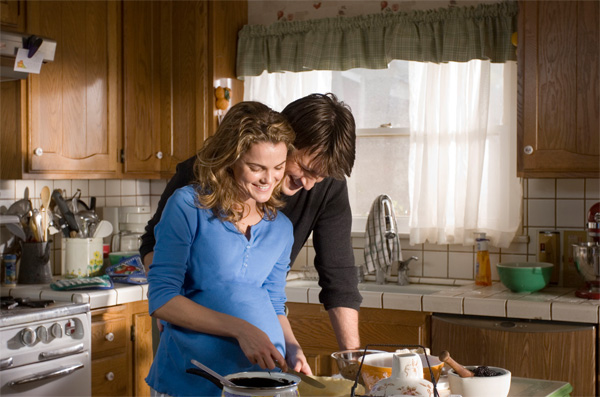 Although they make such nice pies together.

I liked this movie a lot. As I just said it was nice to see a movie about an independent woman who is not working towards getting a man the whole time. Everyone in the movie does a great job conveying the small town feel. Even though Sisto’s character is a jerk that you will hate, he also does a great performance.

This must be where Sisto first met Hines, since they both are now in the show Suburgatory together. Connections, also, are one of the more fun things you can do with movies and tv shows.