Documentaries, schmockumentaries. I used to have my documentaries on Friday, but now they are Thursday. Let us cope with it and move on.

Let’s talk about video games, because I like video games. I would refer to myself as a gamer, even if my time is much more limited from the activity. I have to watch a lot of movies, and keep up with TV shows. It is a hard life.

But with a vague title for a documentary, Video Games: The Movie (claiming to be a movie?) could be about so many topics. Most likely it will involve the history of gaming and how it is evolved today. And really, that is all I can imagine it being about. The history of gaming. 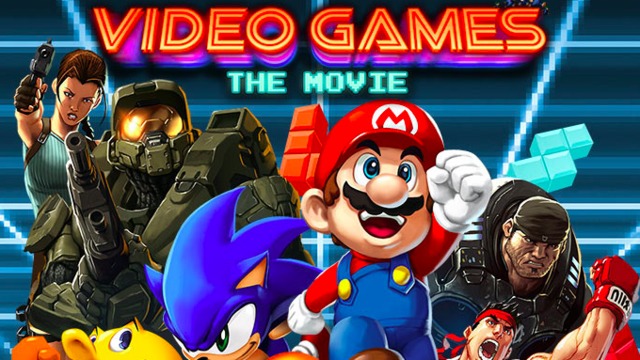 Sure enough, this documentary is mostly about video games and the history. And how systems have gotten better. And why people who play video games are cool. And how indie games are doing stuff. Hey, maybe the title is because of that other documentary, Indie Game: The Movie? I swear there were more topics, but I was so bored throughout the movie that it is really easy to forget.

Here are some of the problems. Outside of video games, it didn’t really have a lot of focus. It goes from segment to segment, about different topics, some interviews with some people, and shit ton of filler footage of just video game footage. That might sound like a good thing, but when there is just randomly 2 minutes of video game segments of various games for whatever topic, that just isn’t exciting to watch. That is boring. The segments are so unconnected, you could put them in any order and the movie would feel the same. They even have musical intro/outros for each section which makes it feel even more disjointed.

Obviously this thing isn’t going to have anything about Gamer Gate, for you people who think it would. Come on now. This thing was made like a year or so ago, and Gamer Gate is only a month or so old.

Another complaint? They show this huge timeline of gaming history and start going chronological through it, but they have major events in it that they skip. Then they start going out of order, going forward and backwards, and the events on the time line seemed to be different and change. And they still ignored a lot of stuff on there. Why show it on a timeline if you aren’t explaining it? The time line was an annoying clusterfuck.

But this documentary is still super boring. Definitely don’t watch it if you like video games. And don’t if you know nothing about them. Just read wikipedia articles.