I really really am not qualified to review horror films. How are they supposed to be judged? I don’t know. I either tend to love or hate them. Doubt I have any 2 out of 4 horror films. What is average?

Basically, they either creep me out (scare me) or they bore me. Occasionally, I like some for their plot, but those are rare. 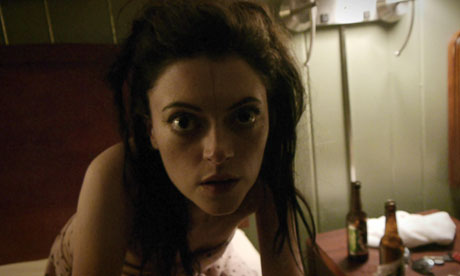 Her? Well, there is a fine line between hot and creepy apparently.

Not actually sure. But the main film is spliced with five short stories (although, they are about as long as the main story too, which is just split up). I can’t even tag any people from them or really describe them without giving away too much. But the titles do a fair enough job on their own!

Tape 56.
Amateur Night.
Second Honeymoon.
Tuesday The 17th.
The Sick Thing That Happened To Emily When She Was Younger.
10/31/98.

You can make your own guesses with some of these. But there is a lot of themes present in the movie. Succubus. Woods. Ghost Hands. Cults. Ex Lovers. Zombies. Aliens. You name it. 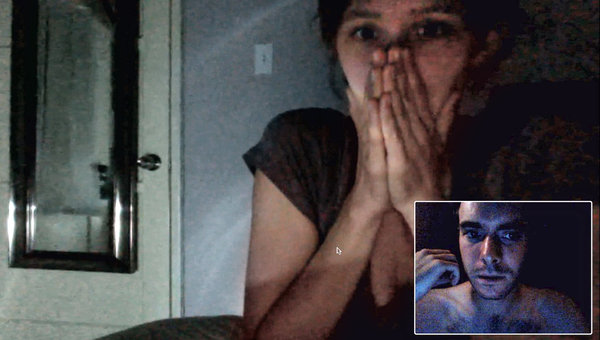 I hope you tried to move the mouse in the picture.

Honestly, I found this terrifying. Not just because it involved such old technology (Kids won’t know what V/H/S tapes are!). It was interesting watching a movie about V/H/S tapes on Blu-Ray.

Not every short film is great. I didn’t really like the Emily one, or the main storyline that much. But Amateur Night was a great side story to start the films off right. It really was able to draw you in and then fuck with your mind some at the end, even if the end you saw coming (a little).

I think overall it was creatively done, even if there are things in it you have seen from other movies (as seen in picture 2 and Paranormal Activity 4). Having a different director for each short film keeps it fresh, and potentially interesting to watch multiple times.