Honestly, when I first heard about Valkyrie, I just assumed it was another fictional plot movie about people killing Hitler. But this time, the accents don’t exist, and Tom Cruise wears an eye patch!

AN EYE PATCH GUYS! What! Pirates up in this place, killing Hitler and the Nazis. Sounds wundebar.

Oh, it was a real thing and failed attempt to kill Hitler? Oh okay. My bad, history. 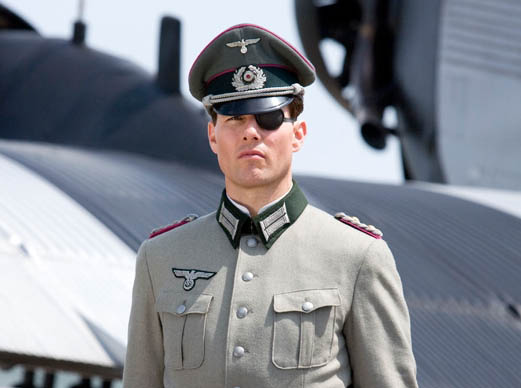 I hope you will accept this crooked hat as a proper assurance of my badness.

Let me tell you know. They don’t succeed in killing Hitler. But you knew that. Hitler killed himself near the end of the war. Not via a plot of some German soldiers!

Movie begins with Tom Cruise looking normal. But thanks to an air strike, he loses an eye and his right hand.

Operation Valkyrie is a plan set in place involving using the reserve army to maintain order during a national emergency. They realize that if they can activate it, it might be a way to pull off a coop and get rid of the Nazi regime in Germany. But the only guy who can pull the button, won’t do a thing with Hitler still alive.

Alright, simple enough, kill Hitler, pull off the operation, end the war from the inside out. Boom!

Bill Nighy, Kenneth Branagh, and Tom Wilkinson are some of the officers involved in doing this stuff. Character names are hard, because they are all german and stuff. Except for Tom Cruise. He is supposed to be German, but talks like Tom Cruise.

A lot of the film is planning and setting up. Because a lot of time was spent in real life too. They do succeed in pulling off Operation Valkyrie, but did they successfully kill off Hitler? Nope. Of course not. So their plan probably won’t work. And it might mean pretty bad things. 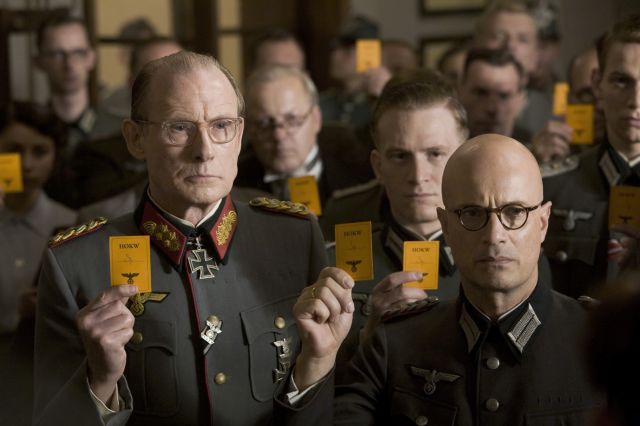 Movie was a lot better than I imagined. Actually bought this thing about a year ago but just…continued to never watch it. Gotta love that.

I wasn’t bugged by accents of course, but that was a big complaint people had years ago. The attempt was interesting, but not as straightforward as I would have liked. Or as action-y. Not sure why they devoted a whole movie to an act of failure. Successes must be running low, eh?

It was slow at times too, so I think they could have probably cut a lot of the movie out and still told the story correctly. It would have made it a better experience overall for me, at least.