Jason Reitman and Diablo Cody are an interesting pair. Together they have created great work, like Juno and Young Adult. On their own, well, Reitman gave us Thank You For Smoking and Up In The Air, both great amazing movies. And uhh, Cody gave us Jennifer’s Body.

So it seems like Cody needs Reitman more than Reitman needs Cody, but generally their work together has been a guaranteed hit. Reitman does have some duds as well, but Cody seems to just be not my taste without him.

Despite all of that, I was excited about Tully. This is their first film together since Young Adult, and it also has the same lead. Really, what I probably should do is rewatch Young Adult again, now that I am older with different mindsets. It might blow me away.

Although I can relate to Tully in some different ways for the same reason. 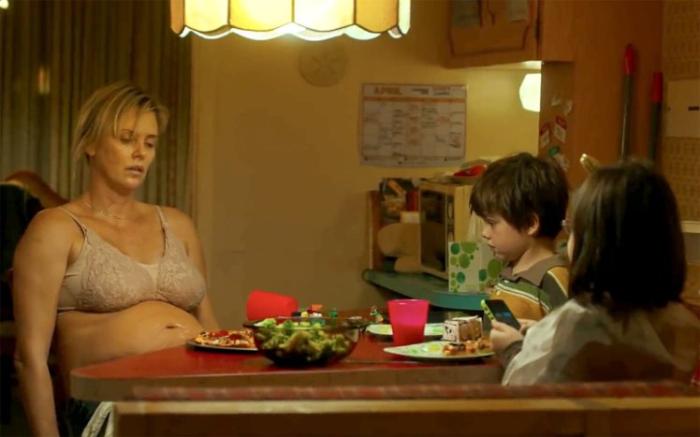 Everyone knows that you lose any sense of shame after number two.

Motherhood can be hard. You can take my word for it, because I am a father, and I inherently understand all aspects of motherhood. All of it.

Marlo (Charlize Theron) has been a mother for awhile. She has two kids, both elementary, the younger one in Kindergarten and some sort of Autistic. It has been some rough years after he was born. But guess what! She is pregnant again, and older. Surprise! Definitely not planned.

Her husband (Ron Livingston) travels a lot for his job, and is constantly swamped. When he gets home late at night he often just plays video games until he passes out. It is up to Marlo to carry most of the load and she is doing…well, not well. Her brother (Mark Duplass) is actually decently rich though, due to whatever reason. He and his wife (Elaine Tan) want to get her a better gift than normal for her baby shower. They want to give her a night nanny.

A night nanny only shows up at the night, like a ninja. She takes care of the home while the parents sleep, and all of the baby needs that come up. Not the breastfeeding, Marlo would get woken up from that. She is reluctant, but after a particularly bad day, she makes the call, and invites a stranger into her house to do parenting. Oh no.

And then Tully (Mackenzie Davis) appears. An eccentric, strange young lady who promises to make everything better. Not just the baby. Everything in her life. 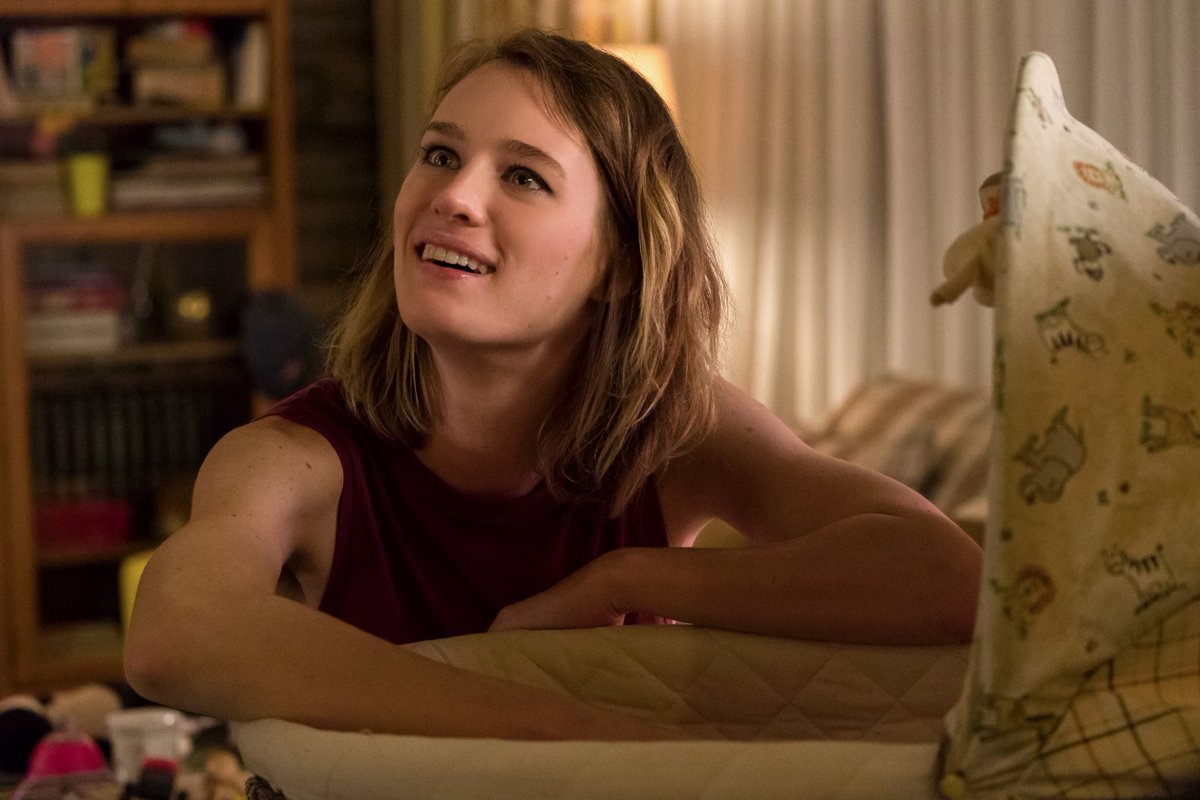 She devours the essence from old people to stay chipper.

Tully was amusing, and really heart felt. Obviously parents will relate to a lot of what happens, but it isn’t like some parental mystery that non-parents won’t get.It is all obvious humor, just things more relatable for parents.

Theron gives a great performance, and it is something unlike recent roles. She has been all over the place, more so on the badass scale, but now she is on a much more different spectrum. She is an everyday woman, who put on a lot of weight for this role, and nails it.

This might have been the role Davis was born to play. She has always been a bit weird in her films, which isn’t a large body of work at this point, but her weirdness is on fire for this one. She hits all of the right notes. She does have to play this basically magic, Mary Poppins-esque figure, but in a much more modern context, and of course, focusing on the mom and less the bratty kids.

Overall, this is a very weird movie. I actually started to hate it when the final act started. It got better, and it got even weirder than I expected. Definitely shocking, in that regard. But it still finished on a high note.