Hooray, my 700th review, and a new chapter to my Milestone reviews! I promised about fifty review ago that my 700th review would be an indepth analysis of R. Kelly‘s Trapped In The Closet. This wouldn’t be the first time I promised something and didn’t fully deliver, so I am not too upset.

Basically, I had no idea how I wanted to write this review. As of right now, there are 33 chapters to this thing. If I actually wanted to do the real analysis, for all of it, it would be the longest thing I’ve wrote on here. TOO long. It would take a lot of time too, and well, I’d rather have all of these finished within 2 hours personally.

So I figure this will just be the first part of many for the Trapped In The Closet series. Videos have been (so far) released in four parts, but I figure dividing it into 3 is better.

Not to leave you poor saps hanging, here are links to the first 12 Chapters, in four parts. (Part 1, Part 2, Part 3, Part 4). You have 40 minutes? Watch this shit right now. Seen it before? Watch it again. I think it goes without saying that this will be FULL of Spoilers.

The first five chapters set the entire series in motion as they were the original bundle. Not as many actors involved, but it keeps the rhythmic beat throughout it setting the tone for the rest of the Hip Hopera.

We get to meet Sylvester (Kelly) finding himself in a strange place, apparently having cheated on his wife with another woman Cathy (LeShay Tomlinson). Cathy, well, she cheated on her husband Rufus (Rolando Boyce) as well. Just a lot of people making bad decisions.

Like oversleeping. Kelly finds himself in the damn closet because the husband is home early, and knows what up. Too bad he finds Sylvester and Sylverster pulls out his gun! Guns solve problems of disputes, especially ones like this. But when Rufus reveals his secret that he has been cheating too, it just makes sense. The fact that it is with a dude, Chuck (Malik Middleton)? That is where the fan gets covered with shit. Sylverster is just stuck there, watching it all crumble. For whatever reason, even though he can easily leave, he chooses to watch it fall down. But eventually he gets sick of this shit, calls his home, and oh snap. A man picked up his phone! 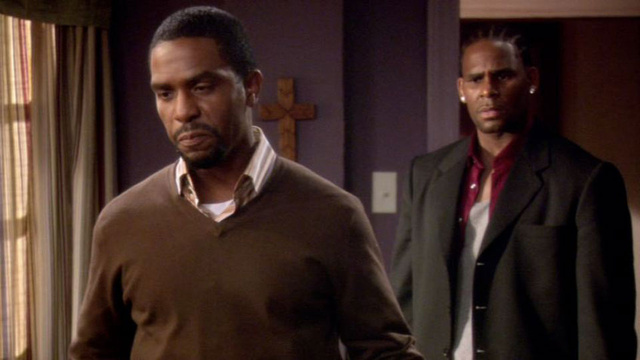 Even Priests can get mad. Rufus so mad.

Shit Sylvester. You better get home, now that you are super damn mad. But not speeding. That is ridiculous. Look at you, getting a speeding ticket in the middle of your song. Come on guy, fix your shit.

He gets home, and well, there is just his wife Gwendolyn (Cat Wilson). Who was that man? Apparently her brother Twan, whatever. So they have sex, Sylvester bitches out, cramped leg, but finds a condom. Oh snap, bitches be lyin’!

So after another argument, and realization that everyone in the world cheats on everyone, he gets to hear the bombshell. That cop that pulled him over was her lover! Whaaaaaaat!

Originally after that, the series was over, and after Chapter 5, the series takes a few new twists and lyrical turns.

For whatever reason, the cop (Michael Kenneth Williams) comes back and pulls out his gun. Recurring themes and all. They fight for awhile, and shoot a gun. Then there is some missleading awkwardness for half a song, not saying anything about it. Somehow, there is a wild Twan (Eric Lane) on the ground! But don’t worry, he was in prison. He is fine, they kick the cop out of the house, and oh shit, Rosy the Nosy Neighbor (LaDonna Tittle). 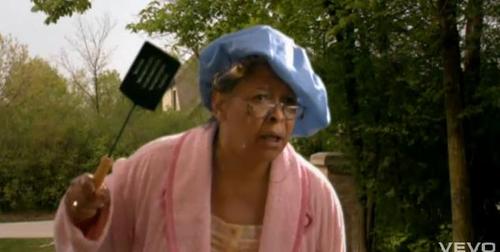 With. A. Fucking. Spatula! In Her hand! How does that do anything about them guns!?

Well, now that THAT is all taken care of, everyone can be happy because everyone was cheated on. Let’s go see what the police officer is doing. Because Rosy isn’t exciting right now.

He gets home. OH SHIT HE HAS A WIFE TOO. SHE IS WHITE. A WHITE WIFE. A WHITE LITTLE BIT BIGGER WIFE. First white person of the series actually, and she is southern, despite it all being R. Kelly’s voice. Bridget (Rebecca Field) is all nervous too. Oh no, here we go again. SHE HAS BEEN CHEATING TOO.

EVERYONE IS CHEATING ON EVERYONE. SO MUCH SEX. But the man she cheated on him with is still in the house too, just not in the closet.

Good old copper finds the man under the sink. A midget. Bridget, with midget. A MIDGET. NAMED BIG MAN (Drevon Cooks). WHY? BECAUSE HE IS BLESSED.

So instead of working it out, people pull out guns. Bridget calls the random number she found in her husbands wallet, and hey look, its Gwen. So we get a big old Mexican stand off going on here. Not only that, but Bridget is pregnant. From the midget, not the cop.

This gets so crazy, they just leave right then and there. Fuck a resolution, let them handle their own shit. Twan and Sylverster can’t handle any of it. 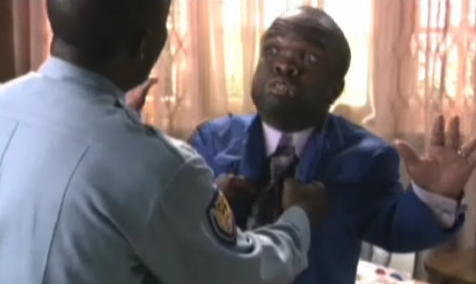 Fuck this chapter. No, seriously. By far the most pointless chapter in the series. Pointless and annoying to listen to. Did I mention pointless?

This whole chapter is a phone call between Cathy and Gwen. We found out they were friends, making Cathy even more of a bitch. The whole conversation is of the two talking about the shit that went down. Eventually Cathy realizes she was with Gwens husband, admits it, and that is it.

That. Is. IT! Then it was done, for two years. This lack of any sort of cliffhanger bullshit was how it ended for 2 whole years. It is just infuriating, given that we already knew everything in that chapter. 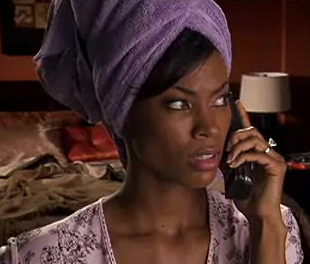 “Bitch, you were my friend!”

How can you describe a a movie as perfect as these 11 chapters with a shitty chapter tacked onto the end? Honestly, it is hard to describe it.

But if it does its duty, the tune will be stuck in your head for days. Maybe making your own rhymes to boot. Afterall, it was a pretty big deal. It got a South Park parody, and a Weird Al parody too. But even better, R. Kelly makes a fool of himself to make you laugh, and it works.

Just wait for part 2. Or watch them on your own on youtube. But in part 2, we get less cheating, and more fleshing out of characters. More new characters too, half of which are played by R. Kelly, channeling his inner Eddie Murphy.

Also, if you overall hate the first 12 chapters, you are literally Hitler.