On August 1, 1966, a man climbed the clock tower at the University of Texas in Austin and opened fired on people. Charles Whitman, a former marine, probably suffering from PTSD, took his sniper rifle and few other guns and decided to just go on a killing spree.

The entire event lasted over an hour and a half. 14 people were killed during this time, and his mother and wife were shot before he went into the tower. This was before TV was really big still, before people had their own cameras to document the footage, and was told mostly through radio broadcasts.

Tower is a documentary trying to recreate the scene of that day, through testimony given from survivors, through the police on the scene who helped end the attack, and some archival footage.

And a lot of it is also told through animation, using newer rotoscope technology. 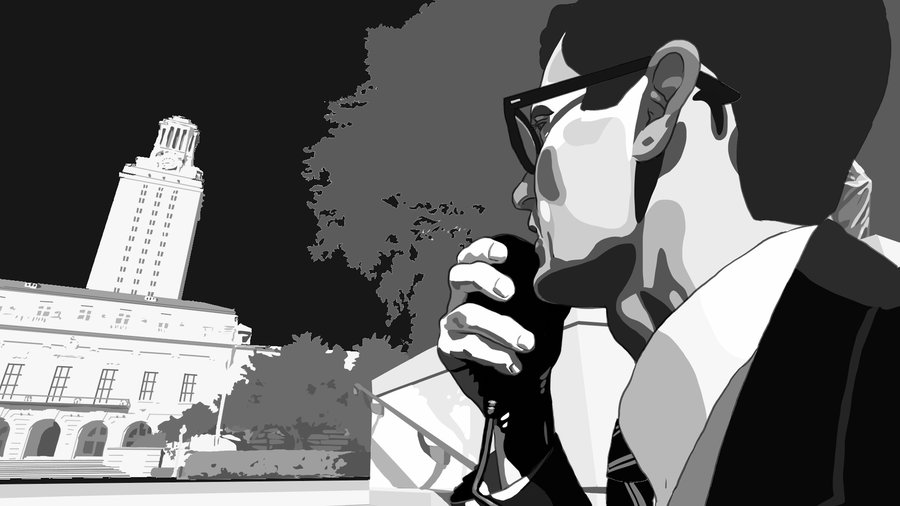 If this happened nowadays we would probably just bomb the tower.

This is a hard documentary to really spend a lot of words describing, so I will decide to keep the entire thing brief. The animation was interesting, but I don’t know how much it helped to tell the story. I focused more on the art and less on the words being said. Also some technical decisions early on made it hard for me to remember who was who when the interviews and stories began to switch around and describe the same events.

It didn’t bring in much politically, and I expected it to go hard also after Vet care and PTSD research, but instead it just told the events and the events only.

It is however incredibly informative, and if you only know about these events from pop culture references (like me) then you will learn about one of the biggest stories of the time when it came to a mass shooting. If you are already familiar, you may enjoy the personal approach to the topic. Besides, it is only 90 minutes and not a big strain on your schedule.