Sometimes, you hope a documentary allows some amount of surprise. But other times it is impossible. With The Woman Who Wasn’t There, as soon as you find out who we are talking about, you know exactly what happens.

But that makes sense. There is no way to surprise someone, because if it was about just some woman, Tania Head, who happened to be a 9/11 survivor, you’d wonder why you were watching the documentary.

So of course, Tania Head is not really Tania Head. She is instead Alicia Esteve Head, from Barcelona, Spain. This documentary talks about her 9/11 claims, her story, what she did, and how she got found out. 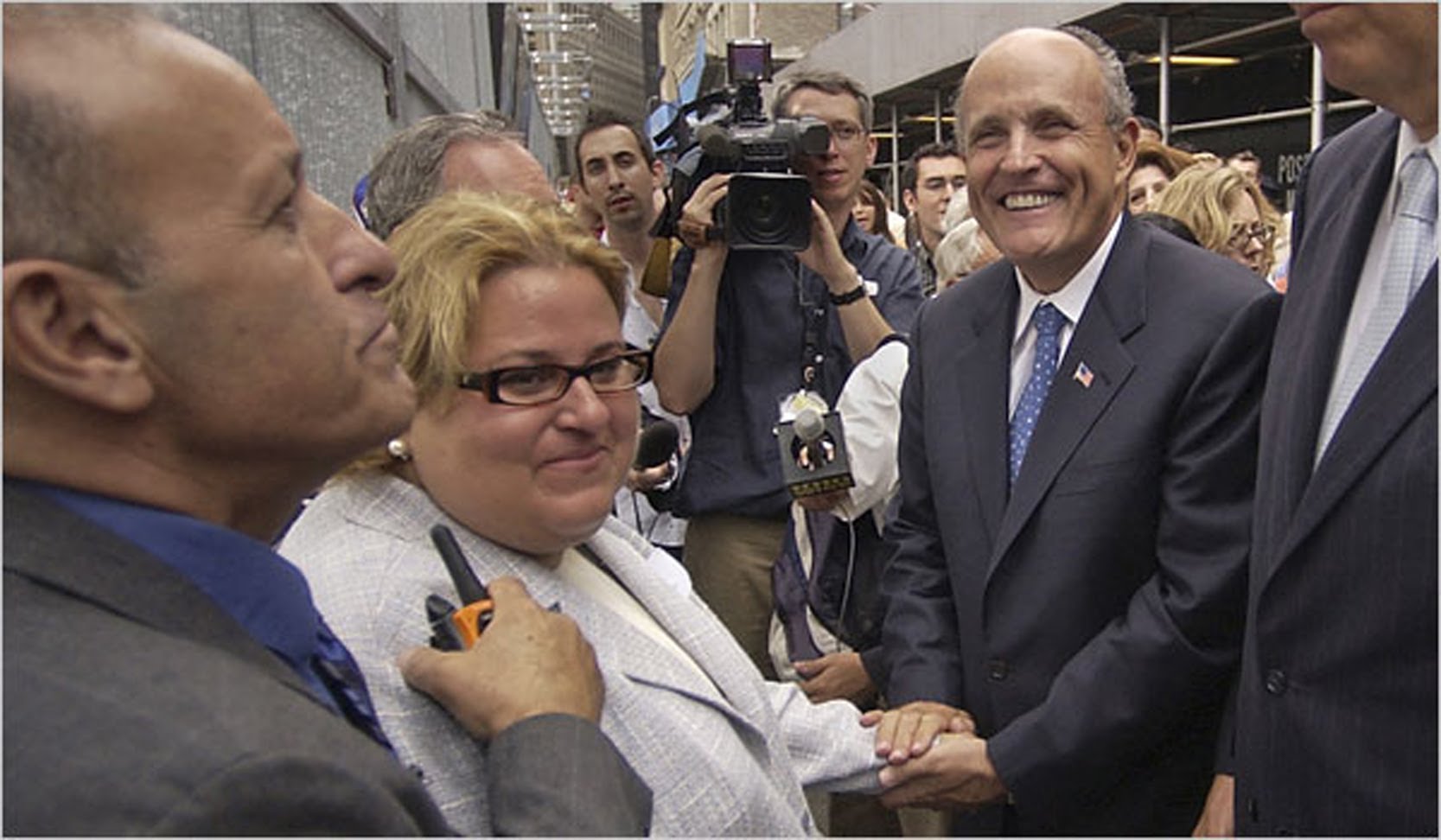 But she did get to meet famous people along the way!

Needless to say, she wasn’t even in the USA during 9/11. That didn’t prevent her from starting a 9/11 Survivor support group on the internet, where she fabricated a well researched story. She had a job in the building, she had a fiance/husband in the other one (who totally existed), she had a hero in there that existed, and she had good information.

Just you know, all pieces of other real stories and put hers together making it a big grand tale of sadness, grief, and luck.

I hadn’t heard of this woman before hand, nor did I hear about this scandal in 2007 when it was found out. But hey, a nice relatively short documentary summed it up decently.

The documentary tried to play it out like a creepy thriller, but that is silly, since again, we know how it ends by the end. Despite old interviews with Tania and Tania’s old friends, it still just felt like a waiting game of “Oh did she screw up here?!!? Nope…”

The biggest let down of this documentary/story is just how quickly it ends after the aftermath. Tania did a good job of hiding from the internet and trying to bring her life back together. It ends with only one sighting after the fact in the documentary, but if you go to the wiki page above you can see some more detailed after math information that came out post documentary.

A fucked up story and an okay documentary.