It took a few years, but today I finally get to finish a trilogy of reviews on this site. I don’t know why it took me so long to see The Way Back, as I got it probably two years ago. Just needed the right moment.

Although un-officially, The Way Back is the second movie of a trilogy. The other two are of course The Way and then The Way, Way Back. I know I watched them out of order, my bad. But those two movies made me really excited about this one, mostly for the fact that I gave them both 4 out of 4.

I don’t necessarily enjoy watching bad movies (despite the number that I do see), so anything to give me hope that a movie might be amazing is fine in my book. Even if the logic is absurd. 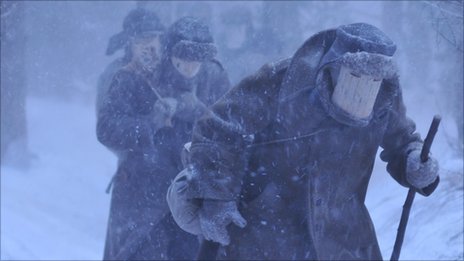 If I remember correctly, no other movie in the “Trilogy” uses the word Gulag.

Life during WW2 was probably hard. Not too much Freedom in Europe, people dying, and if you were really unlucky, you might have been sent to the middle of nowhere Siberia to live in a Gulag. A Gulag was a nice labor camp where people had to work and eventually die. You may have saw one in Muppets Most Wanted. They aren’t too hard to get out of either, because there is generally no way someone could survive the harsh weather and get anywhere safe. There are many animals who would kill you, and communities all around know they will get a bounty if they return any escaped criminals.

But that’s not to say that people didn’t try anyways.

Like Janusz Wieszczek (Jim Sturgess), a Polish POW who was sent to the gulag and definitely doesn’t want to be there. After some cruel conditions, lack of food, and harsh weather, he finally gets a group of people to escape with.

I would like to thank Wikipedia for giving me their ethnicity and work information because there is damn no way I would remember most of that.

Unfortunately, after traveling through the winter storm areas, with some men dying along the way, they find that Mongolia seems to be under Communist command. That is just escaping into more enemy territory. No, it looks like they might have to walk even further from Siberia. They may have to walk to India, through the Himalayas and Tibet, through a grueling desert and treacherous mountains. Oh boy. That is a long way back.

Also, at some point they meet Irena (Saoirse Ronan), a young Polish girl with questionable back story. 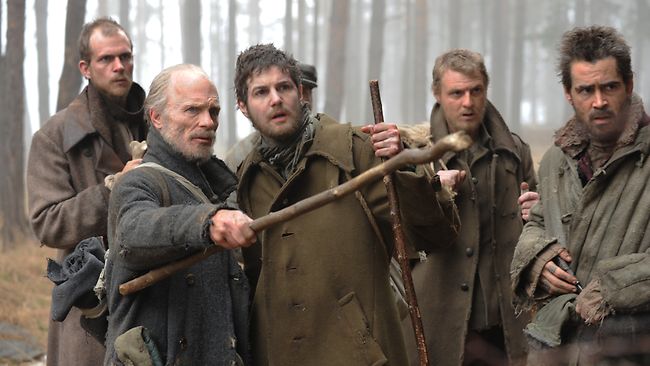 My theory is that she used to be that stick.

The Way Back is not run of the mill action escape movie. It also isn’t necessarily about the initial escape either, so there isn’t an hour of lead up before they break out. The movie is about the journey after they escape and their long walk to freedom.

It could be considered an Epic of sort, because it is literally a hard drama about people trying to survive in harsh conditions. Everything felt so realistic with their journey as well, from blisters and swelling, to dry caked lips. It was hard to watch at times, knowing that if I was in a similar situation I probably wouldn’t have made it out of Siberia.

I see it was nominated for an Oscar for Best Makeup and it was extraordinary. That, coupled with the excellent cinematography and scenic views really draw you into the film and make it a memorable experience.

At the same time? Eh, it lulled a few times in the movie. I can’t tell really if this is supposed to be a true story, but it is inspired by a book. I think the film suffered from too many characters early on. They might have needed them just to kill some people off and showcase more the harsh conditions, but it became a bit harder to tell who was who (when they were all bundled up and frost bitten) and who would just be movie fodder.