Every once in awhile, I like to watch a documentary that has something to do with religion. Not frequently at all, just 1 out of 10 maybe. They usually bug me, they can come off as self righteous (heh?)

Even if those documentaries are ones I might agree with, I still glare at them and tend to find myself way more critical. But I picked The Unbelievers for no good reason. Probably because of the awkward title.

The Unbelievers is about two men who you may have heard of, Richard Dawkins and Lawrence Krauss.

Krauss is a theoretical physicist and works at Arizona State University and Dawkins is an evolutionary biologist from Oxford. They are maybe even more famous for being atheists, writing books about it and going around talking about it on talking tours!

Oh hey, that is what this documentary is about. These two, being in debates, talking to groups, and hanging out with each other as they talk about ways to bring down Jesus. 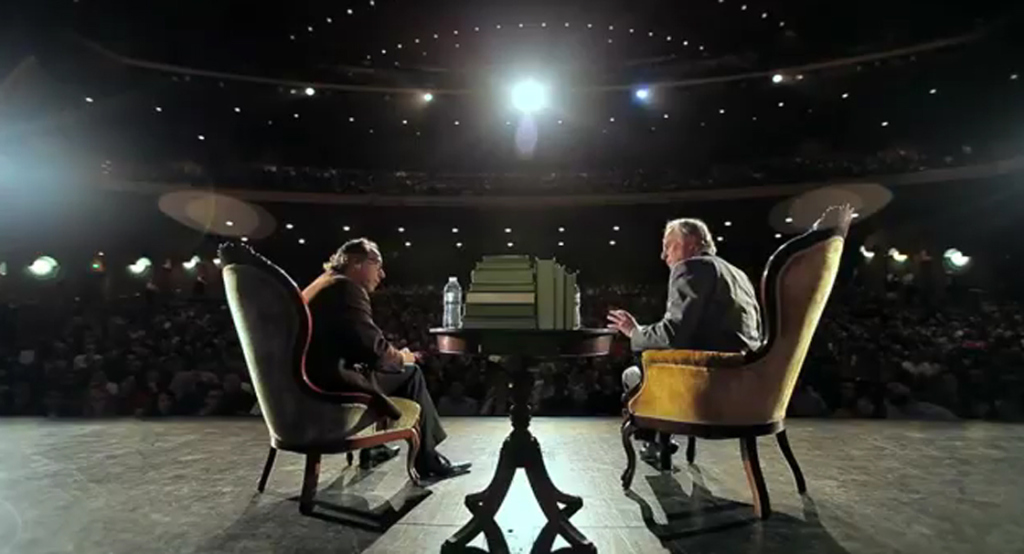 But at least they do it openly and not in shady dark business rooms.

To be fair, this is more of a movie about them talking about why science and reason need to be used more often in debates. To ignore stuff like cultural backgrounds or religious reasons to make political policy, but instead use logic and their brains.

A fair reason I guess.

But also it seems like the last 25% of it was to support the Reason Rally, a fest in DC about atheism and reason. Alright, another okay fest. I guess.

At this point you might be able to read complete apathetic-ness towards the topic of the film. I was definitely interested in the documentary when I sat down to watch it. But then it felt like nothing happened throughout it. Why should anyone care about random celebrities and their opinions on these two men? We don’t.

Do random cherry picked snippets really help drive points home? No. If they wanted it to be actually intellectually challenging in any way, they show us larger unedited segments of some of these debates they took part in. Makes it seem like they are hiding the other side. If they want to show they are in the right, they should be able to show why in response to what the other side says.

It just seems extremely forced, not fair, and on top of it, boring because of it. If this thing was two hours long, showed a complete debate and maybe an intro and after math, it would do far better for their cause than what we are given. Instead, this documentary just feels like a waste of time.

1 out of 4.
Tags:1 out of 4, Documentary, Lawrence Krauss, Richard Dawkins, The Unbelievers