Oooh, a movie with a mythology theme.

Or just people who appreciate a nice Greek or Roman Mythology reference. I know we here at Gorgon Reviews always think they are snazzy. 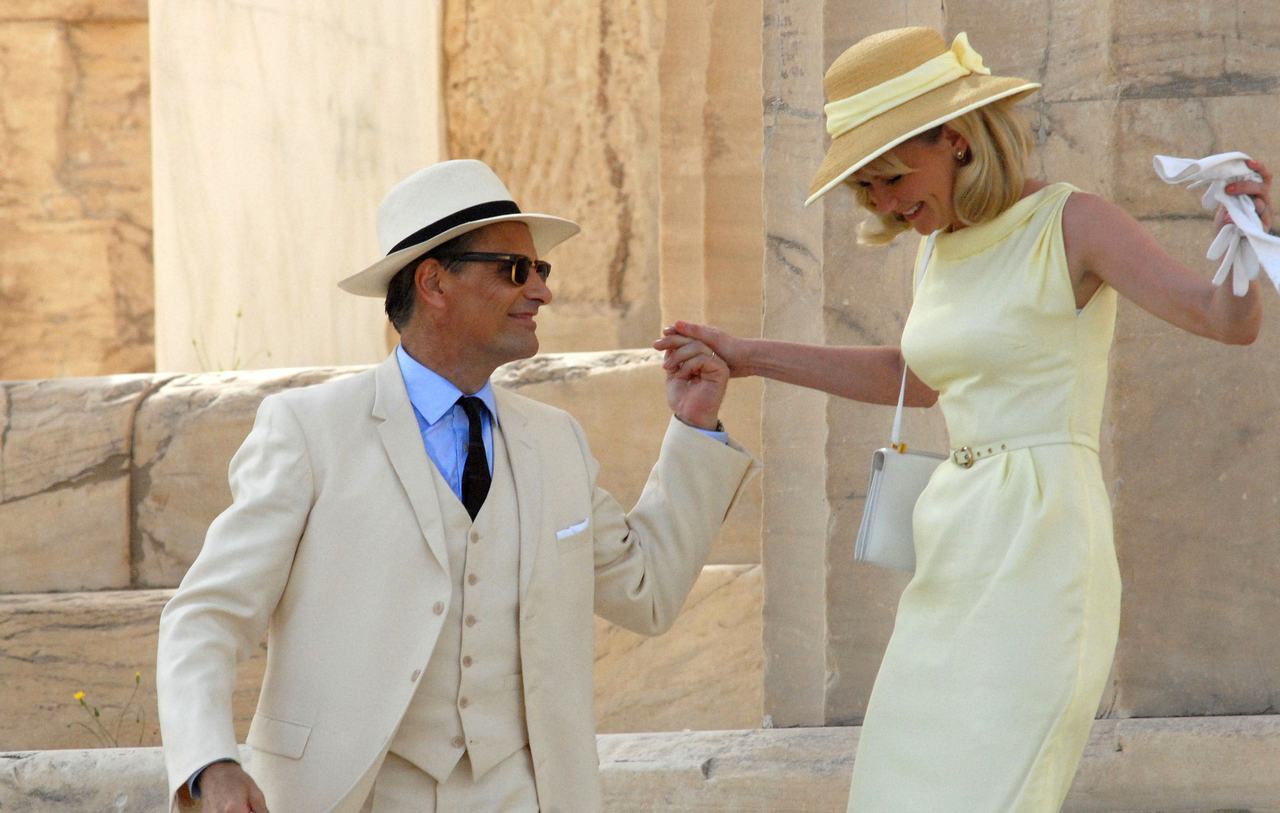 Indubitably, I would declare it down right dapper.

The Two Faces of January is set in the 1960s in Greece. A bit odd, given that Janus is an entirely Roman god with no Greek equivalent, but hey, I don’t make movies, I just judge them.

Chester (Viggo Mortensen) and Colette MacFarland (Kirsten Dunst) are enjoying the scenery, living a life of luxury touring around Europe.

While there, they meet Rydal (Oscar Isaac), an American tour guide who is also visiting. He knows Greek, so why not make some cash on the side. He is drawn to Colette, because clearly she should have nothing to do with that Chester fellow.

But things go from regular stranger awkward to abnormal stranger awkward when Chester kills a man. To be fair, the man was in his house and threatening to kill him first. Apparently Chester did some money scamming and ran with his girl to Europe. Well, some rich people have powerful friends and they found him. And Rydal saw him with the body.

Now they need to go in hiding and they are forced to get help with Rydal, to get new passports, to get out of the country, and to hopefully get away free. But Rydal doesn’t want money, he just wants Colette.

Jealousy tends to add necessary tension to a murder cover up.

When I first tried to watch this movie on Video on Demand, I saw the first minute and was really excited. Maybe a con movie. Oscar Isaac. Greek stuff. Let’s do it. But I had to wait awhile and came back to it. The movie did not live up to my expectations of entertaining me in any grand level.

There isn’t a big cast, so a lot of weight is held on their three shoulders, all of them bringing something different to the table. And they were fine.

Just. Argh. The story. I got so bored with it. So little seemed to happen despite the story always moving forward. It became mostly about jealousy and a pseudo love triangle getting formed. It wanted to explore the lengths people would go to in order to not get sent to jail. After all, anyone can rat out the other and it is all based on hearsay. Mutually assured destruction.

But I just couldn’t get into it. I wanted to like the movie a lot more, but to me it was just okay.

2 out of 4.
Tags:2 out of 4, Crime, Drama, Kirsten Dunst, Oscar Isaac, The Two Faces Of January, Viggo Mortensen