So today I did something I never did before.

I used a “Redbox” because I was curious as to their stock. Frankly I was confused by it. Some of the movies in the one I went to were still there from like January. That stuff is old. Not productive to a box without any personality or pizazz. So I picked one of the few movies they had that were relatively new and available. The Three Stooges it is! 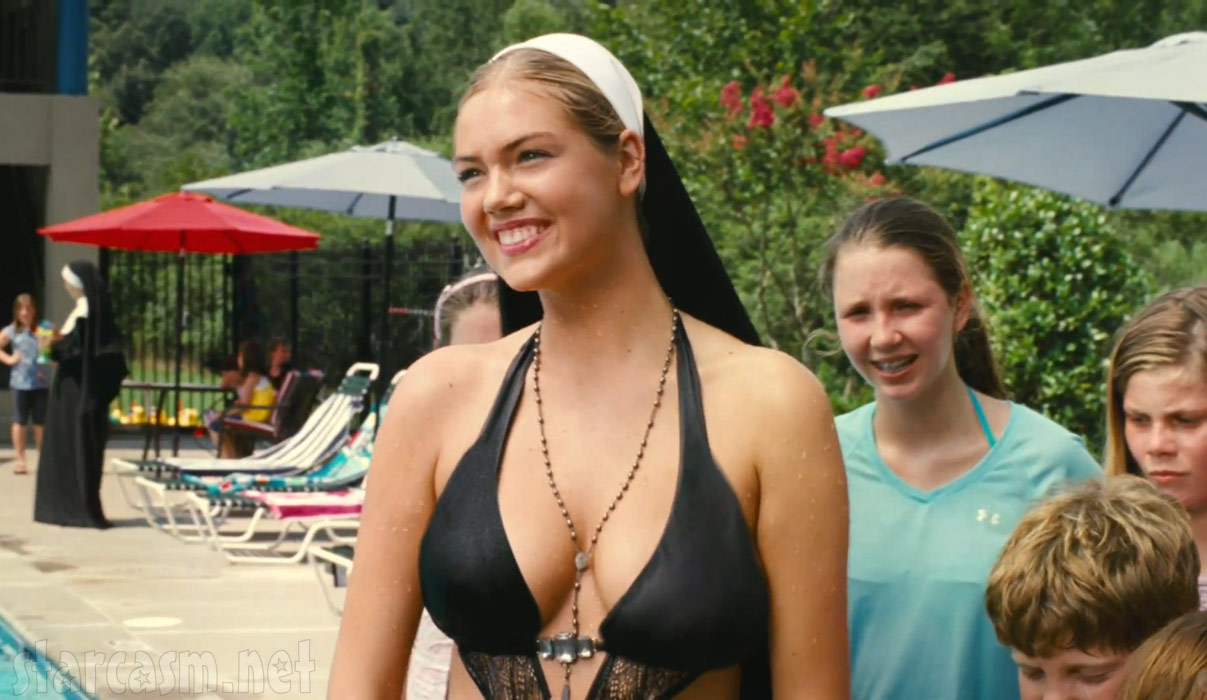 This movie is rated PG, for potential groping.

In this movie, the humble beginnings of Larry (Sean Hayes), Moe (Chris Diamantopoulos), and Curly (Will Sasso) began by being dropped off at an orphanage. Even had the same creepy hair. Mother Superior (Jane Lynch) took them in and they were all happy. But by 10 years later, they were a complete mess. Good natured, but a mess, accident prone, and annoying.

But when a rich lawyer Mr. Harter (Stephen Collins) comes in to adopt a boy, the nuns trick him into taking Moe. But Moe would really like it if they adopted his two best pals too. Knowing how much his friends meant to him, they went back to the orphanage…and chose a new kid Tedd (Kirby Heyborne). Many years later they are still at the orphanage (eh) but adults. And the orphanage is closing! They need $830,000 in a month or else it is gone, and the kids go to foster homes. So the trio set off to raise the money in no time, much to the appreciation (mostly that they are leaving) of the nuns (Kate Upton, Larry David, Jennifer Hudson).

Well shit doesn’t go so well, but eventually a mysterious woman Lydia (Sofia Vergara) offers them the exact price they need, in exchange for the murder of her husband. She tries to trick them into thinking her husband agrees with it, with the help of Mac (Craig Bierko) the secret lover, but still something is fishy.

So while getting to the bottom of the mess, some more hijinks ensue, including Moe becoming a cast member of The Jersey Shore. Yes, so you get to see all of them in this movie too, a lot. But the good news is, we also get the Old Spice guy, Isaiah Mustafa, as an agent. Which sucks for his future career work, but hey at least he has a job. 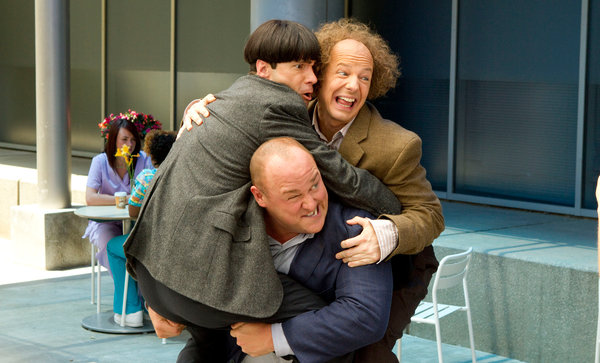 Well, at least they got each other. That is all that really matters.

So you know what? I don’t even know what to say. Obviously we all know why they made this movie. Because originality is hard, and bringing back old things is not. They have an already set fan base of potential people who would watch, along with the fans families to introduce the old subject to their kids in a new way. No kid really likes to watch old black and white things.

Aside from that, and the more subtle adult jokes that kids won’t be able to kid, really all it is is a heavily slapstick movie, with a silly murder plot that never once seems serious. So probably entirely appropriate for a three stooges movie. But just because something once was loved, doesn’t mean it rehashed later still will be.

Things change, including comedy, and well, if they were alive I don’t think they’d like this movie version of themselves. Also this movie totally ended with a PSA from the brothers who made it saying violence is bad, and the props were all fake. Good going, I guess.