Hey hey hey. This movie I have always wondered just what it is about, seeing it at blockbuster for a long time. The cover just seems unappealing, showing some fast action blurry street or something, and a barely distinguishable (in my eyes) view of Russel Crowe‘s face. But after reading the back finally, I was like, whoa, sounds kinda nifty! 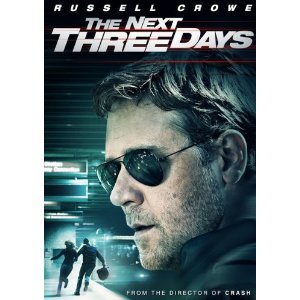 My description kind of works.

Crowe wants to break his wife, Elizabeth Banks out of prison, because he has gave up on the Justice System. Due to a series of crazy mishaps, she is being blamed for a murder and for fleeing a crime scene. But Crowe lost. He could not save her. Raising their young son on his own, she has been in jail long enough to have several lesbian loves. 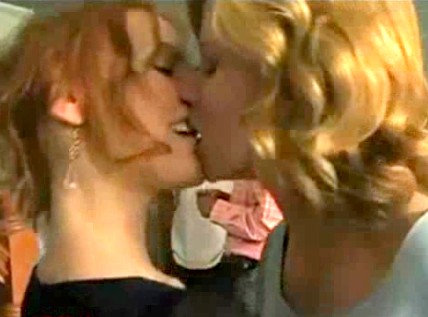 I can’t believe I found a lesbian Elizabeth Banks picture. Hooray for internet.

No more appeals left, she is going to get transferred in three days so Crowe has to hurry up and panic.

Crowe giving up on the Justice System? I couldnt help but compare this with Law Abiding Citizen, in which it was Butler who gave up on it. These movies are quite different though. LAC was good in its own right, but so was this film. It clocked in over 2 hours, allowing at least an hour for the break out plan. It played on moral dilemmas, with an obvious small discussion about Don Quixote earlier in the film. I was unsure of how it would end, and was kind of scared. After all, it was a “suspense” “thriller” thing. But I was definitely interested in the whole film. Allow me to suspend believe that a community college teacher can be smarter than a whole police department. Olivia Wilde also had a small role as a teacher. You know, if you like her.

3 out of 4.
Tags:3 out of 4, Elizabeth Banks, Olivia WIlde, Russell Crowe, Suspense Thriller Thing, The Next Three Days