I have had to google this title so many times since I received a screener for it. I cannot have my mind wrapped around The Mauritanian. When I try to type it without looking at the title, my mind goes to The Martian, and that damn The Manchurian Candidate.

Saying it isn’t that bad, while reading it, but then it goes through my brain and out the other. I hope I accidentally type this enough times with the posting of this review so that I will be able to remember the damn movie name.

Oh, this intro is rambling, I literally knew nothing about this movie going in to watching it, so let’s get on it with it. 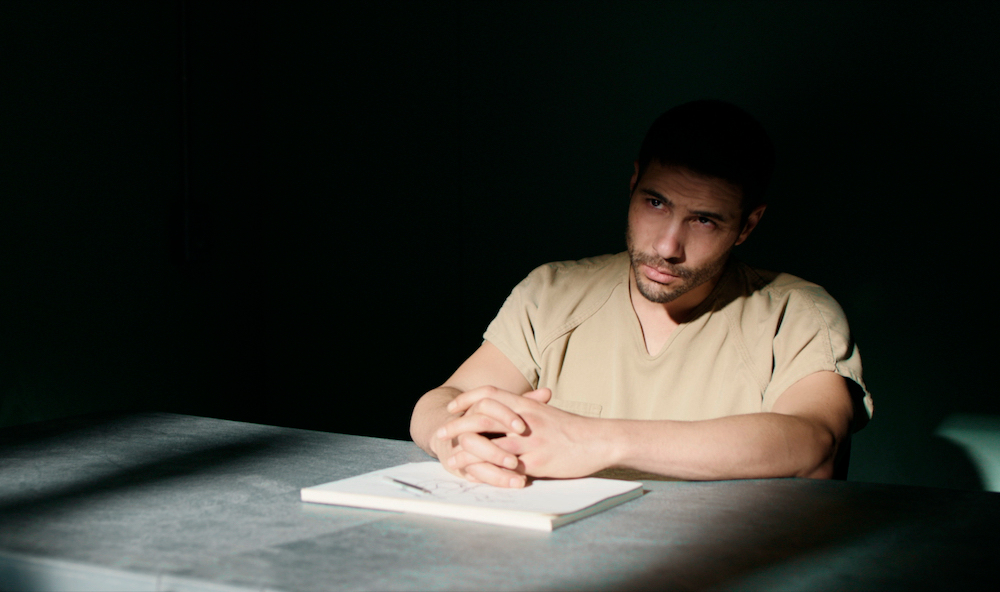 Yeah. Hurry up and shine a light on the movie’s plot.

Mohamedou Ould Slahi (Tahar Rahim) is stuck in (had to google the spelling) Guantanamo Bay. He has been for years, despite no charges being placed against him. Everything they want him to talk about he denies, and he gives them info when he can, but he seemingly is not the high stakes Al-Qaeda member they think he is.

Damn it. They need people to blame and punish for 9/11, and they are sure he is one of them.

Nancy Hollander (Jodie Foster) is a lawyer who has been a defender of the constitution and often goes for clients who no one else  wants to touch. She doesn’t know if she can trust Slahi or if he is innocent. But she does know no one should be contained in a facility, and probably tortured, for any length of time without charges or a chance of a trial.

So they will have to take on the American government, and George Bush, and the war machine driven by patriotism post 9/11 at the risk of basic freedoms for people who need help the most. 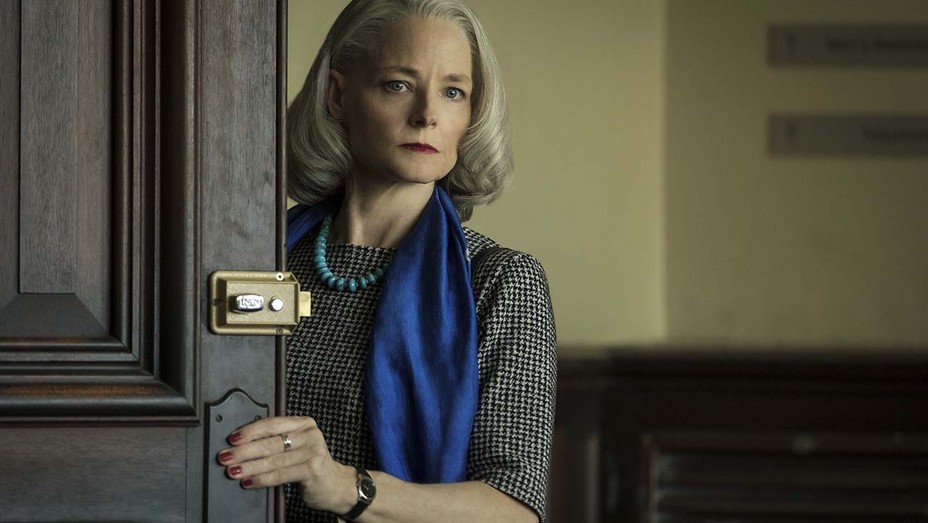 “Is that someone breaking the constitution I see?”

The (looks at the top of the review) Mauritanian would pair really well with The Report, which also dealt with finding out information about the torture that was taking place in (looks up earlier in review) Guantanamo Bay. We know it now, and honestly, it still doesn’t feel like a big deal, and that really sucks. In The Report, I walked away thinking that the methods were really gross and uncomfortable and my life didn’t change. After watching The (looks up again) Mauritanian, I am even more disgusted and disturbed and I fear nothing will change.

Like, parts of this movie are going to be extremely triggering for people. We have the standard stuff you might be imagining: Blinking erratic lights, sleep deprivation, food water/scarcity, lack of bed, loud metal music, long periods of standing.  But they did a whole lot more too. We have rape. We have threats of harm to family members. We have threats involving bringing family members to Guantanamo, frail old ones, who will then also be raped, and hurt. Just to get info out of someone who knows nothing.

Oh, this is a true story by the way. The Guantanamo Diary tells the story of a prisoner’s life for 14 years, of his torture, of his lack of rights and his struggle to just stay alive. Fuck.

The acting from Rahim is top notch in this film, and its saving grace, because everyone else is forgettable. (I did enjoy Cumberbatch’s accent though). He is hard to hate and easy to love, and you hate that this is happening to a person on America’s watch. And we know a lot of this happened, to many people, good or bad. It is disgusting.

I would say some of the camera work in the flashback scenes are something that almost dropped this movie another rating. But I like the story, and think it is important story worth seeing and experiencing. It is okay going into it knowing eventually he will be freed, but despite that, the struggles are still felt.

The (damn it) Mauritanian might just be forgotten about over time, like The Report quickly was, and what constantly happens about torture. But for now, it is rough, and worth the watch.