Holy fuck. Today is the day. Today we have reached the biggest milestone yet. Because that is how numbers work, and each review is the biggest number yet, so of course milestone wise, that would increase as well.

I have been slacking a bit, mostly because I didn’t feel any inspiration, but my last Milestone Review was when I hit 1750, at the beginning of 2017, with the Resident Evil Franchise review. I figured that every 50 was getting me a bit burnt out, and most people didn’t care when they were that frequent. That is roughly one every 3 or so months. I figure after this one, I will just do every 100 a Milestone Review, to keep it fresh and fun for me.

But this is too much nonsense. I need to talk about the 2000th film. To catch you all up, I used to say that I didn’t review horror films, just to avoid The Human Centipede, which was popular when I first started writing. For my 1000th review, I changed all of that around and opened up the genre.

For my 1500th review, I did the second film, just as the third one was finally about to come out. And it made a lot of sense to me to make sure I saved The Human Centipede 3 (Final Sequence) for when I hit this magical 2000 number, even if I really never wanted to see this film.

With all this backstory, I can say for sure right now that I have no idea what my 2500th film will end up being. I have nothing on the docket right now, but I have 499 movies to watch first before I have to make any hard decisions.

Hard decisions, like whether or not I need to make a human centipede.

In the second movie, the original film was just a movie. In the third film, the first two are both movies, and this one is totally set in the real world this time.

This time it is also set in a prison, in some Southwestern state. This is a prison of anarchy, of brutal prisoners, and a staff who doesn’t give a damn. Led by the Warden, Bill Boss (Dieter Laser), who yes, you would maybe recognize as the evil doctor from the first film. Don’t worry, that isn’t our only reunion! We also have the main assistant/accountant of the warden, Dwight Butler (Laurence R. Harvey), who was the sadistic security guard in the second film! 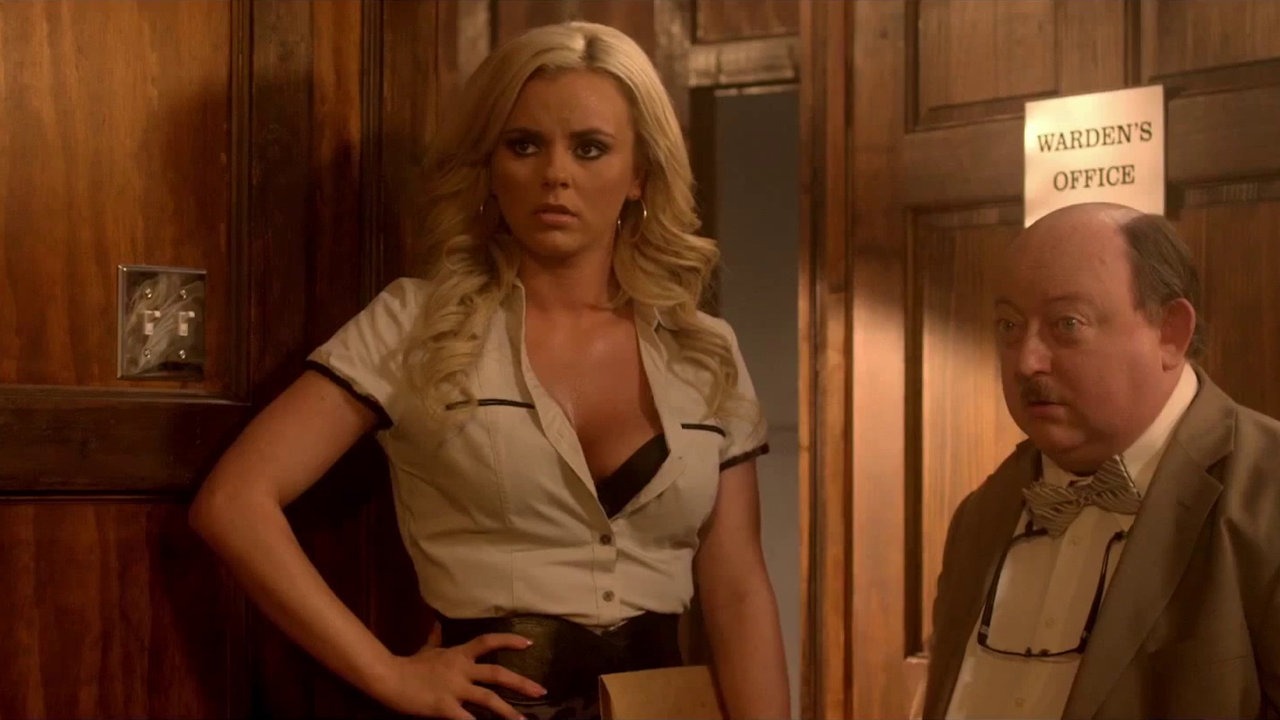 there are a few notable new people to the series though.

Overall, this may have been better to be a full on sausage party. Then we wouldn’t have the unnecessary sexual violence against women also taking part in this movie. 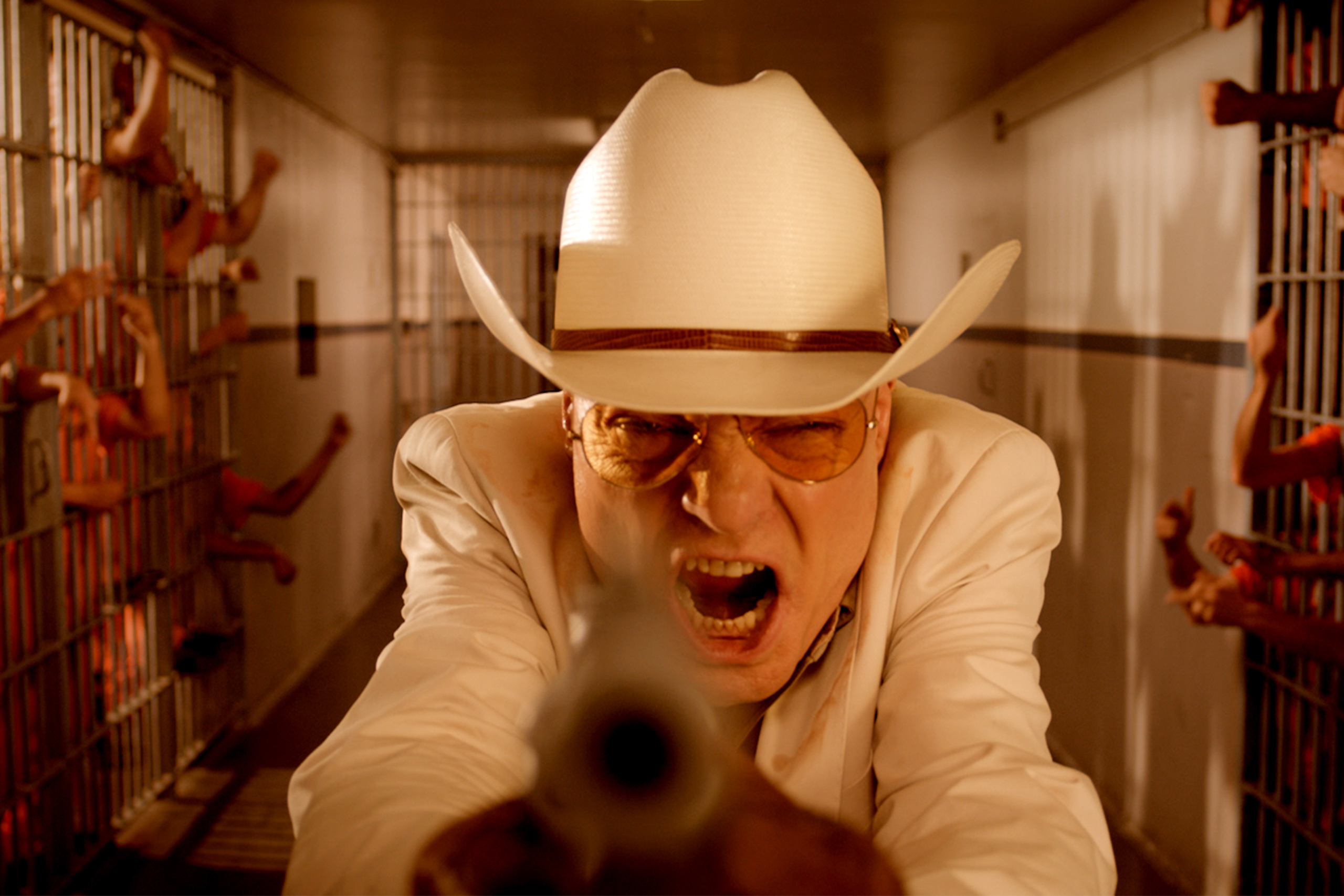 And this time, the hammer is not his pistol.

Back to the prison. Man, these inmates are really pissed off at everything. In a mini riot, one of them stabs an officer, so the warden breaks his arm. That is the kind of justice they serve here. The prisoners unfortunately cause problem after problem, where the Warden decides on a whim what to do about it. Like random castrations, which he is happy to do personally. Or waterboarding but with boiling water.

Overall, the warden is a fucked up man. He has a jar of cut off Clitorises from Africa to snack on for strength. 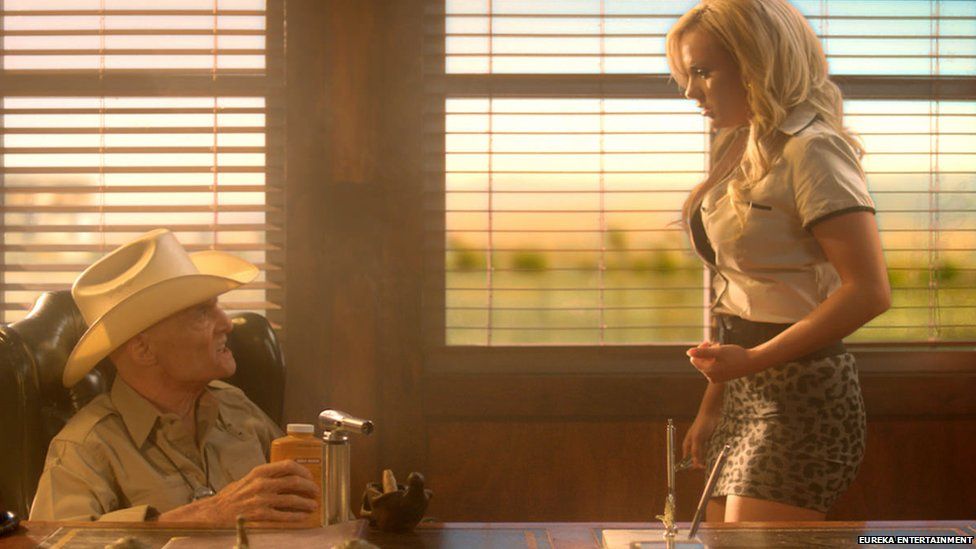 Look, you came into this review knowing the movie would be a fuckshow.

All of these issues cause the governor of their state (Eric Roberts) to stop on by, demanding that the violence in this prison be put to a stop. It turns out that the prison has also been spending a lot of money, going almost bankrupt in the process, due to all their extra medical fees.

Good old accountant Dwight though has the solution. He has known for the whole film how they can save money, reduce fighting, and be heroes for the state! You see, Dwight is a fan of a certain two films, which are claimed to be scientifically accurate!

He just needs permission to turn the prison into one giant human centipede, and everyone will love them! 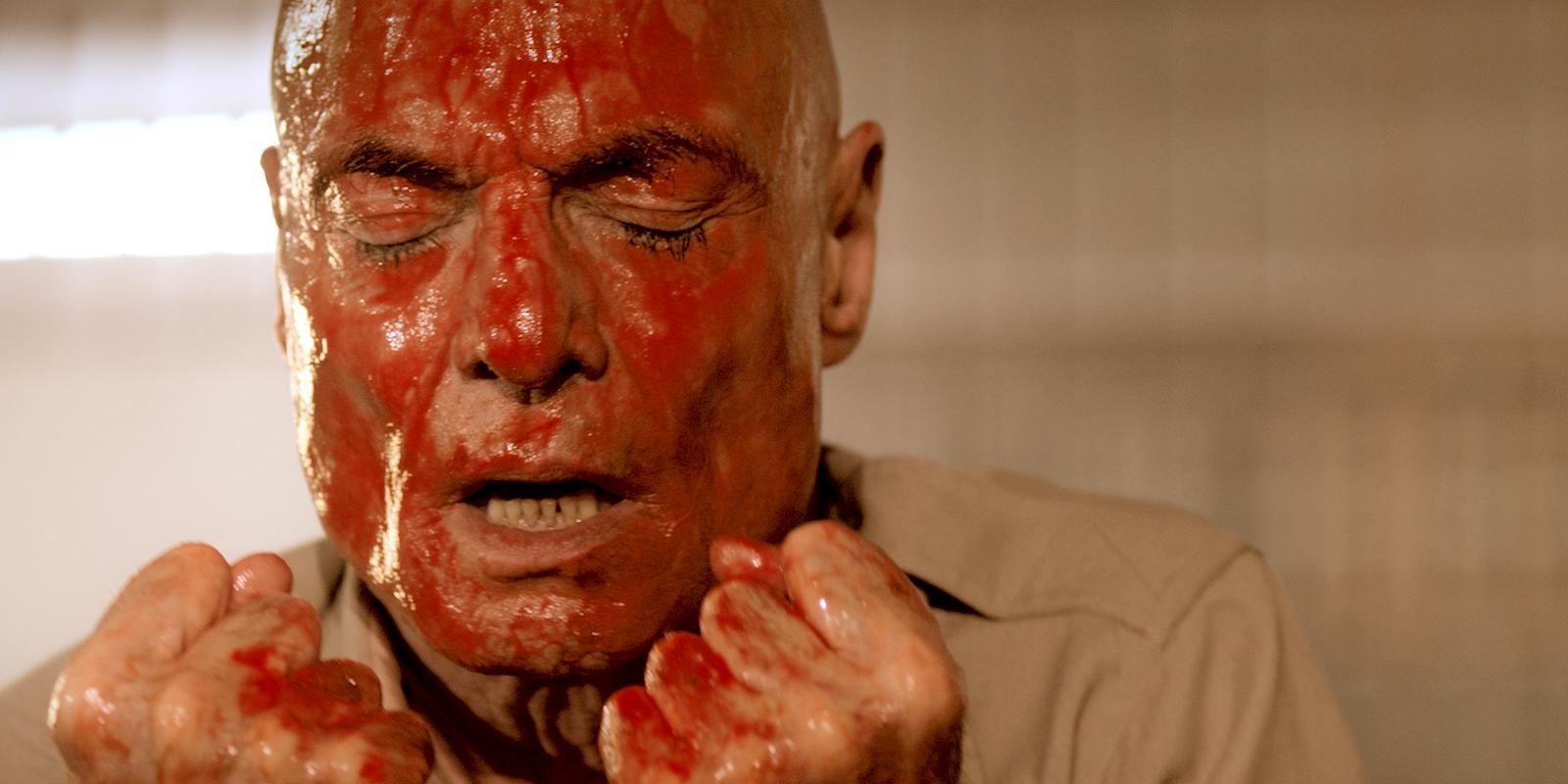 Do you really want to know where this blood came from?

No! There is no way this is plausible! It is just a stupid goddamn movie!

But Dwight insists. Hell, they even bring the director, Tom Six (Tom Six) of the first two movies (and yes, he wrote and directed this one) to be an adviser over the whole thing. He has ideas for them, as long as he can also observe and see it happen, because hey, seeing his film come to life would be cool.

They have other issues going on with this idea too. For example, prisoners eventually get to leave the prison. They cannot just make a permanent huge centipede. They have to be able to be removed from teh centipede when their time is up, meaning so taking out their knees, or permanently attaching mouth to anus. There are rules, damn it.

Good news, their doctors know how to make it all work, realistically!

Just needed a goddamn planning session, to brainstorm this shit.

I can’t even make jokes out of this shit.

But the film can, specifically shit jokes. Because not all prisoners are medically able to join the centipede. Due to weak blood, or constant Diarrheaing. But those aren’t real problems, they are just punishments for other people!

Either way, the 500 or so prisoners get put into the centipede! For those prisoners who have no chance at parole, they are put into an extra special Human Caterpillar, that doesn’t have those pesky limbs getting in the way of some good old fashioned mouth to anus action. 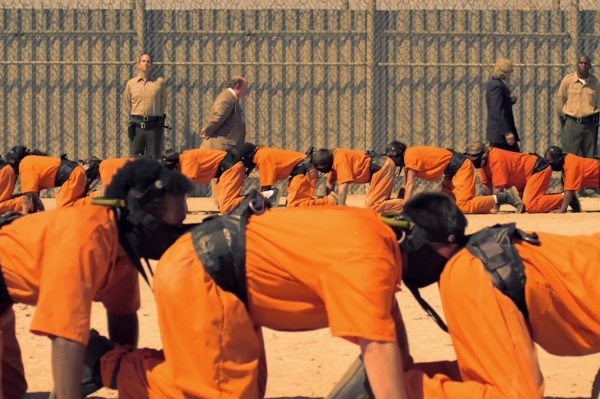 The governor shows up as soon as they are finished. He hears their pitch on how this will save them money on food, on walls, on staff, on riot induced hospital visits. Or even punishment based visits. And the governor is pissed. He thinks they should be locked up. They are certainly fired. This is fucked up, this is fucky, this is oh so so so so bad.

And they put poor Daisy in the chain accidentally, but no one except Dwight cares!

Just when the warden is going to go out in a blaze of glory, the governor has a change of heart. He thinks that it is swell and that they are geniuses.

Oh yay! Too bad that the warden still is a literal walking pile of feces, killing Dwight so that he can have the sole credit.

And now he can run his prison on his own, shirtless, firing his gun into the air and just taunting the prisoners with his loud mouth. The. Fucking. End. 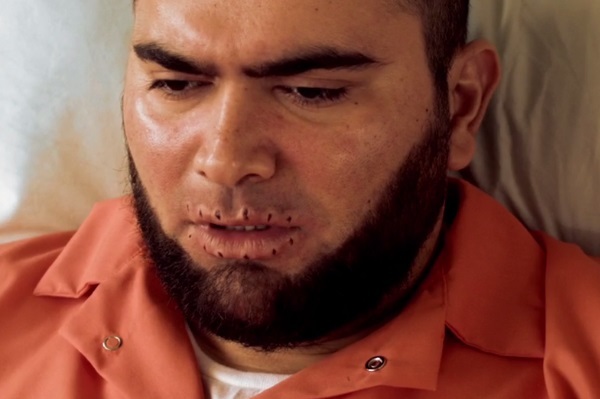 They also have some permanent scars so everyone knows you were once part of the prison centipede.

The third and so far final act to this franchise is over 100 minutes long and manages to do something the other films could not. It is for the most part NOT about a gross human centipede contraption. Seriously, it is over halfway through the movie before the accountant is able to finally tell the warden his ideas. That means we have 50 minutes of a warden just being an overall asshole, to other assholes, and we as audience members just have to take it.

This film is strange in that it ends on a mostly happy ending for the person who did this to the people. At no point does this version feel scary, it just feels like a waste of time. Bad guy is comically bad, while doing gross things, until he does a bigger grosser thing, the end.

Oh, but again, this one has one woman character, who is used as a sexual object, beaten, and raped, just for the lols. It is downright terrifying in that manner, especially as it is always played as a joke, which is the biggest shocking points of this whole movie.

The third film in this franchise is indeed, different than the first two. But in the end, it is just a different bad way to waste an evening with. Zero. Fun. Sir.