The Host is the first book turned movie story from Stephenie Meyer that does not feature vampires in it! Hooray! But how different will that story actually be?

I mean, this one is about aliens. And romance. I guess that fits the supernatural teen romance genre still, which is good for her audience. But this book was made in 2008 with no other novels behind it. It can’t turn into the next big romance teen drama for people to hate on (which is why I am not doing this for a milestone review). Hell, who knows if it even has romance in it? 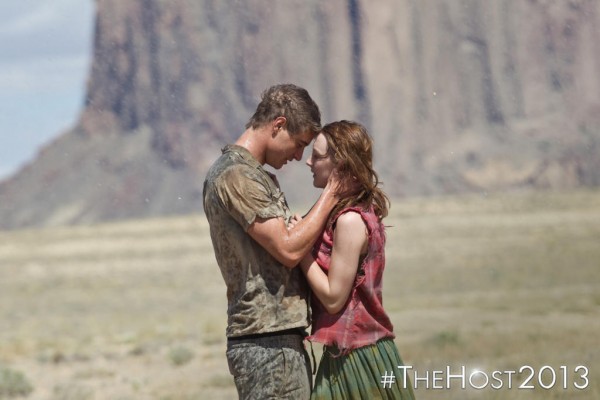 Shit. But more importantly, why is the year added to the hashtag?

In this world/future, there was a secret war. An alien race had invaded, a race of parasites, that enter into the human body and then live out their lives. They act just like humans, just have that weird ass eye thing happening. Either way, they are non violent aliens, they have many planets. They just want to take over their hosts lives, improve on them, then move on to a new planet, that is all. How neat.

Sure, the Host’s spirit kind of dies. But whatever. Fuck those guys.

Well, there is only a few humans left in hidden communities and they want to fight back. Like Melanie (Saoirse Ronan) who is looking after her brother, Jamie (Chandler Canterbury) and falling in love with a new guy, Jared (Max Irons). But on their way to the new hide out (let by her Uncle Jeb (William Hurt)), she totally gets captured and made a host. Sucks to suck.

Well, her spirit doesn’t get back! She fights back, convinces the alien to not give up the location of the survivors to The Seeker (Diane Kruger), and go on the run! Yeah!

Well, when she gets to the compound, no one trusts her, obviously, but hey, eventually she finds love. Love that is different than Jared, a different guy, who loves the alien version of Melanie. Well thats nice.

Boyd Holbrook is Kyle, the new lover, and Jake Abel is Ian, and he hates all of this shit. 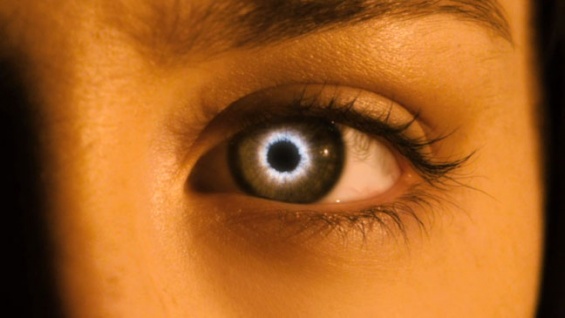 Just wait for it. If this turns into a big deal, girls will start getting contacts like this.

The best place to start is with the most famous actor here. William Hurt? Strange. Well, Jeb was cool. Southern big guy with a beard and gun. Can’t go wrong. Also a bit crazy.

Saoirse Ronan is kind of famous. I have only seen her before in Hanna, and well, Hanna actually sucked. Don’t believe the hype. Well, her acting was only “decent” in this film I guess. But when half of the movie is your facial expressions as you talk to the voice in your brain, you need to be more than decent.

Fuck all that noise though. There is VERY little that happens in this movie. There is about 2 action scenes, because the alien race is non violent. The Seeker just happens to be a bit crazy. It is almost entirely the love triangle created by two personalities in one body.

The alien wanted to make a big sacrifice at the end, but her plan didn’t make any sense. A surprise to no one, things work out well for everyone, and there is hope for the future.

Just like there is hope for a sequel. Which is being planned despite no book. You know what that means?

Well, I don’t. Can’t really have more love triangles. Wait, a sequel might be the human kind taking back their planet. Maybe…war? Maybe action? Maybe excitement. I don’t care, lets get the sequel rolling.