The Miami Heat recently won their second consecutive NBA championship. A lot of people don’t like them, but that has nothing to do with this movie.

The Heat (Trailer) is a female buddy cop movie, following the style of most buddy cop movies before it. Two completely different people, having to work together for some bureaucratic reason. Everybody laugh. Roll on snare drum. Curtains. 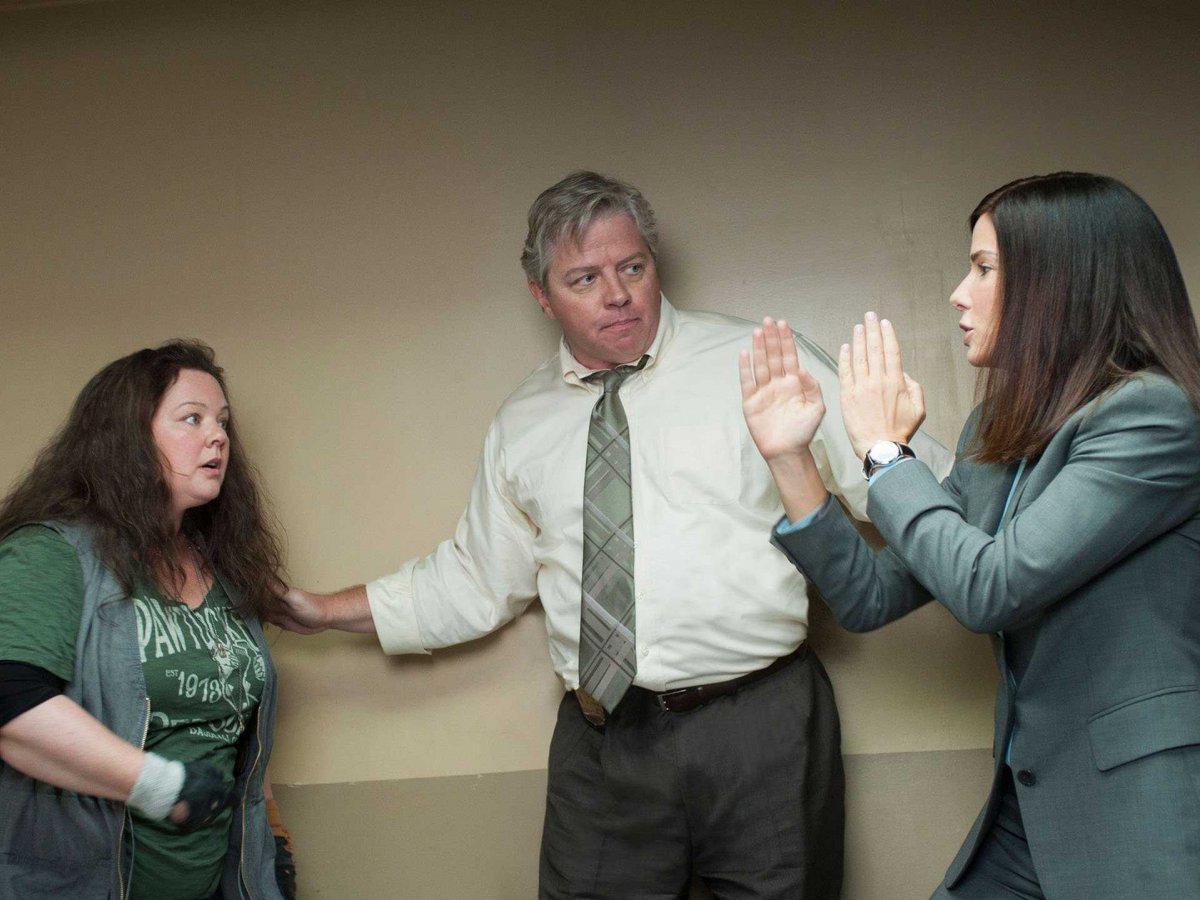 Oh yeah, they also definitely won’t get along for most of the film.

FBI Special Agent Sarah Ashburn (Sandra Bullock) has closed more cases than any other agent in the last few years. So when news comes out that her boss (Demian Bichir) is getting promoted, she realizes that his spot is now up for grabs. Too bad she is arrogant and selfish, so much that no one else wants to work on her. Being a boss is more than being smart.

So she is sent up to Boston, to find out the secret identity of this really big drug dealer dude. In Boston, Detective Shannon Mullins (Melissa McCarthy) had just apprehended a small time drug dealer (Spoken Reasons), but she doesn’t realize that he is just a pawn in the chain. She also doesn’t care, because Ashburn is a [not nice woman]. Chain of command is stupid if people are going to be mean about it.

Eventually the two realize they have to work together if they are going to get anywhere, or else the bad guys win. Marlon Wayans has a small role as another FBI agent, Michael McDonald as a bad guy, and Michael Rapaport as a brother of Mullins. Basically only “M-named” actors. 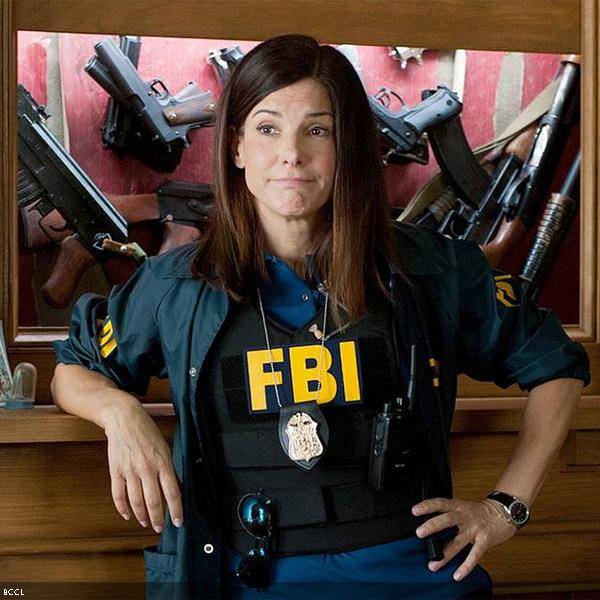 Bullock is packed with guns in this movie. I don’t mean those things that fire bullets either.

Surprisingly, Sandra Bullock and Melissa McCarthy had pretty good chemistry together even though one is a veteran actress, the other a relative newcomer to the scene. Melissa McCarthy has actually had roles in movies since 1999 (the cult hit Go), she just didn’t get really noticed until her roles in Bridesmaids and Mike & Molly. I recognize her comedy talent, I just personally think her improv isn’t as good as others might.

For example, watch the trailer. Roughly 1 minute in, she has a tiny rant to a guard in a prison, something clearly improvised and it is supposed to sound menacing/threatening, but it actually makes no sense. There is nothing humorous about it once you actually analyze it. I have only had the time to analyze it, because The Heat has only had one trailer since they started showing it roughly in November.

Thankfully the version that was in the movie was a bit better, but there were a few more examples of improv from her that just missed the mark completely.

On its own it was a decent buddy cop movie. Each successive new one just tries to outdo the last one with a new gimmick. Unfortunately this one’s “gimmick” is that they are women, which is a terrible thing to say out loud but it is true. The Heat at least earns its R-rating thanks to the words that come out of McCarthy’s mouth. The good news for those who absolutely loved the movie is that the sequel has already been announced. While it has its funny moments, I think it doesn’t stand out on its own to really differentiate it from any other buddy cop movie.