The Aokigahara is a real place in Japan at one of the bases of Mt. Fuji. It is a dense “sea of trees” and is very beautiful. And very deadly.

People go to the Aokigahara to kill themselves. It is also nicknamed the Suicide Forest. It is so dense, you can only really hear the forest inside. It is easy to get lost if you go off the main path and there are associations of it with demons and ghosts in Japanese mythology. These demos convince people with sadness to end it all.

It is a cool place with a lot of history and a bit spooky. So of course, here is The Forest about white people going to Japan and getting all fucked up from the Aokigahara. 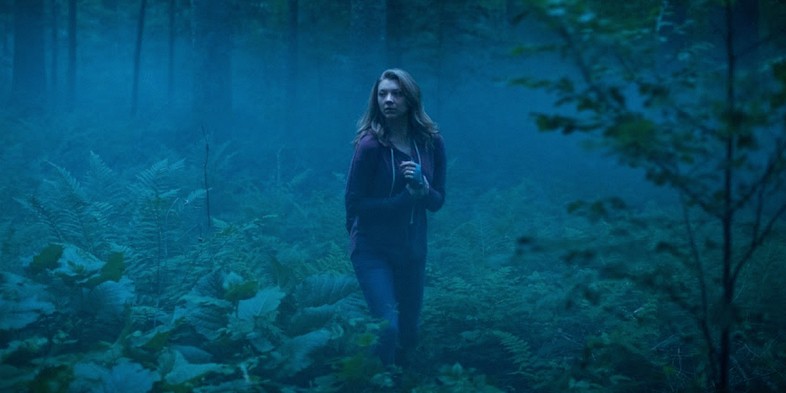 Jess Price (Natalie Dormer) is missing. She was teaching English in Tokyo, but apparently she went into the Aokigahara forest and hasn’t come out in 2 days. They assume it is suicide. But one person knows that it isn’t true. That is of course Sara Price (Natalie Dormer), her twin sister. The police won’t look for her, so it is up to her to drop everything and go to Tokyo to find her sister.

And well, it is tricky. Jess had suicide attempts in the past as she has always been the darker child. That comes from their youth, when their parents were hit by a drunk driver and Jess saw the bodies while Sara did not. So it wouldn’t be completely out of the question to assume that she did it. But the connection Sara still felt was there, so she assumed her sister was lost and needed help.

She is lucky though. She befriends an Australian journalist who works in Japan, Aiden (Taylor Kinney), and he has done a few stories on the forest. He knows it pretty well, but his friend, Michi (Yukiyoshi Ozawa) knows it even better. Once or twice a week he hikes around the forest, doing a sort of Suicide Watch to help convince people that life is worth it, and they will take her out into the forest to help find Jess. And as a minor role, we have Eoin Macken as Sara’s husband, and Rina Takasaki as creepy girl in the forest.

But in the forest there are Yurei, vengeful spirits, and they will trick people into doing bad things. They will show them things that are not real. They will make them see lies and have them end their lives without them even realizing it. But as long as they stick together they should be good.

I am not one who believes in cultural appropriation or anything like that, but I do question the story they chose to tell for this tale. Bringing in a white outsider to tell the story, instead of just, you know, Japanese people feels like a lame attempt to allow dialogue to explain the forest. Having the main person who helps her also be a white guy? Well, that is just down right movie magic convenient. But whatever. That was only a minor annoyance.

The bigger annoyances come from our main character. I am not saying a character has to be likable for us to enjoy a movie, but there has to be a reason for us to care about her story. And she isn’t likable. She is the normal one, but she is brash, arrogant and stubborn. She makes a series of terrible decisions and literally ignores every knowledgeable characters advice about what to do or not to do in the forest. It makes the viewer just want her to die. But the viewer doesn’t want to watch her to die, they just want her to hurry up and die, to end the movie so everyone can go home and do something else with our time.

Related, Kinney plays an Australian living in Tokyo? I am sure his Japanese was fine, but they didn’t even bother giving him any accent. Calling him Australian is extremely pointless in this regard, as he played an American and no one seemed to care.

The Aokigahara is a great place for horror films to take place but this horror movie doesn’t do it justice. It is cheap, the plot is predictable, and the ending ends like all bad horror movies. Erm. Badly.