Thinking back on it, I don’t know how much press The Five-Year Engagement ended up getting. I really only heard about it a few times, and actually never a preview. I think I heard it mentioned in the same sentence as Jeff, Who Lives at Home, just because of the actor share, and that is about it. So hey, why not just buy a movie I know nothing about, because who really wants to wait for Redbox? 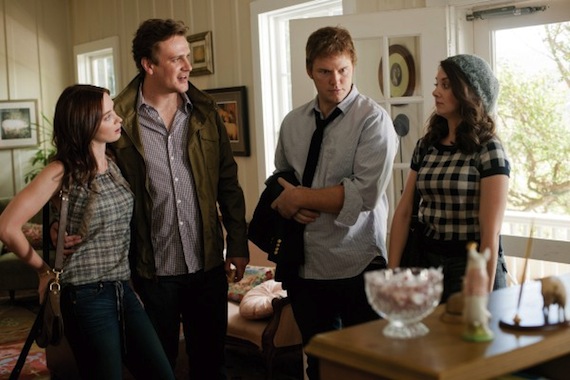 Only three people in this picture are willing to wait for Redbox.

Tom (Jason Segel) and Violet (Emily Blunt) met like most couples, wearing costumes drunk on New Years Eve. But boy, did they hit it off! Tom being a sous chef at a San Francisco fancy seafood shop, and she is a PhD in Psychology student! Clearly meant to be. But after their engagement party, they put off planning their wedding for a bit, when some of their good friends get pregnant and married first (Chris Pratt, Alison Brie).

That’s not too bad. But when Violet gets accepted as a postdoc at the University of Michigan for a two year awesome program, it puts a weird spin on the relationship. Oh well, Tom can probably find a new restaurant job easily in Michigan! Right? Eh..

The movie at this point becomes a series of incidents that continue to delay the planning of the wedding, with a few role reversals going on. Tom has a hard time fitting in in Michigan, way colder than he is ever used to. He doesn’t have many friends, just his sandwich shop boss (Brian Posehn) and Bill (Chris Parnell) who teaches him how to hunt and be a real woodsman. Violet immediately loves her new job, her boss (Rhys Ifans), and most of her workmates (including Mindy Kaling and Kevin Hart).

Sex, cheating, distrust, psychological experiments, and baby frights. Will the two even survive waiting five years to get married? 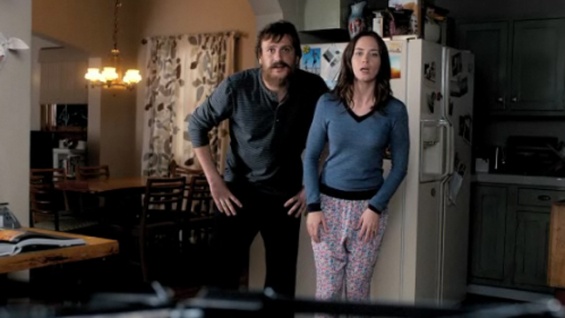 Not with that beard, holy crap Jason.

The first thing to notice in this film is that there is a lot of “TV Actors” making up most of the cast. Three of the four people on the cover are known for their shows more than anything else!

I decided that I needed to watch the unrated version of the movie, which is about 2 hours and 15 minutes, roughly 10 more minutes of movie, and I am not sure if that made all the difference. I think the movie definitely had its moments, I just didn’t think it needed to be as long as it was. I was losing interest by the end. I hope the theatrical one wasn’t superior, because overall I’d guesstimate my version was about twenty minutes too long. Five years is a long time, but if it takes too long, I found myself not even caring about whether or not they get married.

I will say that their romance felt a bit realer than movies normally show. They fought, they made up, they weren’t perfect for each other, but they tried to make it work. That was definitely an enjoyable aspect.