Happy Valentine’s Day! Why not a horror movie? The last time you watched something scary around this holiday was probably My Bloody Valentine, which at least makes sense somewhat thematically.

The Final Project probably picked its release date by throwing a dart at a calendar. It is a low budget, horror film, that is barely opening anywhere, but it is a real movie damn it. It knows it isn’t going to make bank the same weekend that Deadpool and Zoolander 2 comes out. But maybe it just wants to get those people who don’t like laughter or models and just want a good scare.

Not that The Final Project is promising to deliver a good scare. After all, it is another extremely cheaply done, hand held camera, no name actor, horror film that usually end up being pretty bad, but you never know. This might be the one to make money and be good. 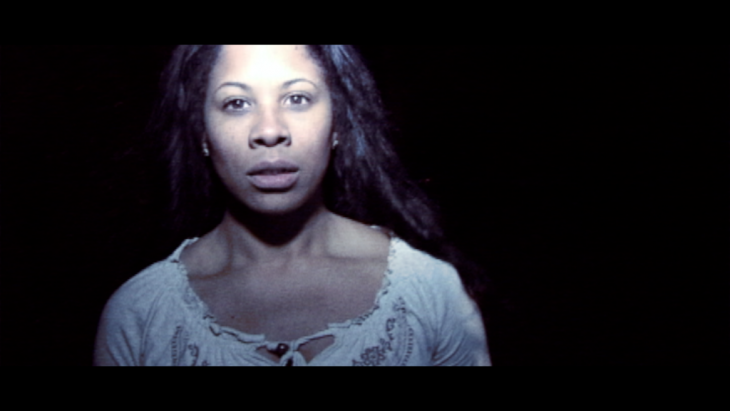 Oh hey just a normal looking girl in the dark.

Movie begins with distorted figure, blurred and with a voice filter so his identity can be kept safe. Because he found this footage (making it officially found footage) and wants it out there. Yep.

The six students (Teal Haddock, Arin Jones, Sergio Suave, Leonardo Santaiti, Amber Erwin, Evan McLean) are doing this shitty documentary as a project for a class. The class was never explained, but the professor (Robert McCarley) doesn’t care. He assumes it will suck and he will still fail them, so hey, whatever.

Then they drive over there, people tell them to stay away, they don’t, and a whole lot of people die. 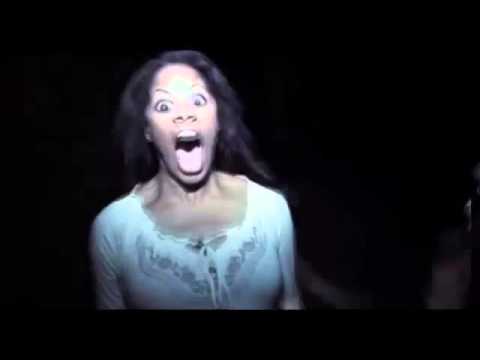 Remember how they were going for realism? Well early on they made sure it was obvious of that, with the people talking not having their whole face in the frame, or people talking being blurred out.

Then something odd happened. During part of the van ride to the plantation, you can see all six students talking about dumb shit and playing Never Have I Ever. But none of them are holding the camera. There is literally a seventh person there, not talking and not supposed to be there holding the camera.

After a few scenes where this odd thing kept happening, we learn that there is a cameraman/engineer they also brought. Annoyingly, this was never said on camera until they already made it to the house halfway through the film roughly minute 40 of 75 minutes). The aspect of a camera man suddenly, after the first part of the film didn’t have one, just seems like a strange after though. Hell, the intro of the film mentioned that only six people went in to the house. They forgot there was actually seven.

It took 22 minutes before there was a scare. And it was someone screaming at the top of their lungs suddenly from a nightmare. If you like scares that consist of badly done “figures suddenly appearing” in the window, friends playing pranks, and the camera just going out allowing 85% of the very little action to not be in the film, then it is right up your ally.

On the audio front, it was all over the place. I had to constantly change my volume. It went back and forth. I had to lower the volume because it became too loud to understand, and then I couldn’t hear them talk/whisper and had to raise it back up. Very little sound work was done.

There are indie movies, and then there are things you make with your friends in the woods behind your house that you try and forget about years later. You don’t normally publish it and put it in theaters.