Oooh. What is that? Another surprise movie for me. Before last night I had no idea there was ever a movie based off of the Stanford Prison Experiment.

Please read about it. There is a good chance you have heard of it before, but just might not remember it.

But yeah! The Experiment. A modern and fictionalized exaggeration of real events. Go go go! 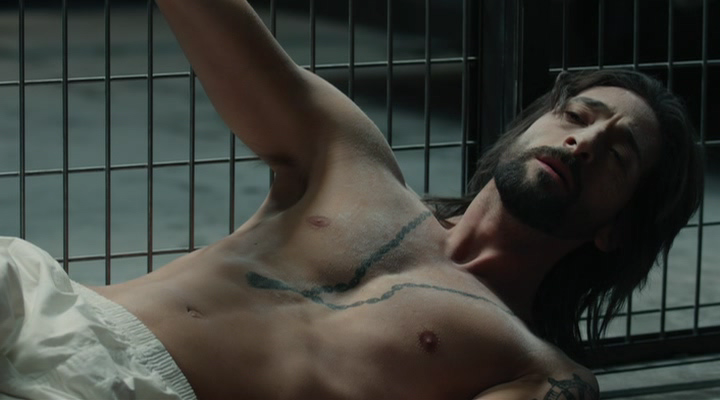 In case you are an asshole who doesn’t know about the experiment and didn’t click the link, it was a social experiment done at Stanford. A group of guys were chosen to be inmates, and a group of guys chosen to be prison guards. It was an experiment that was supposed to last 14 days, but lasted only six before the plug had to be pulled. Why? People adapted to their roles super quickly and performed things they didn’t think capable. Forms of tortue, abuse, no physical violecne only mental. Prisoners became complacent and passive and only obeyed orders. It worked way too well.

So yeah, that is happening here too. Adrien Brody is a very passive guy, kind of a hippy, but needs money. So does Forest Whittaker, who lives with his mother. They befriend in the original application process, because in this experiment they are offered $14,000 for fourteen days of work. Of course Forest becomes one of the guards, and Adrien a prisoner.

In his cell, Adrien is bunked with Clifton Collins Jr., a guy who seems to know how to be a prisoner already, and Ethan Cohn, a fat diabetic graphic novelist looking for new material.

The main mean guard (At the start) is played by Cam Gigandet, who quickly takes in his new role. They are given five rules that the prisoners must abide by, and the knowledge that if a prisoner breaks a rule, they must punish them accordingly (non violently). If they don’t within 30 minutes, a red light will flash and the experiment will be over and they will not be paid.

The real question is, how far will this experiment go? How much are humans different than animals, really? 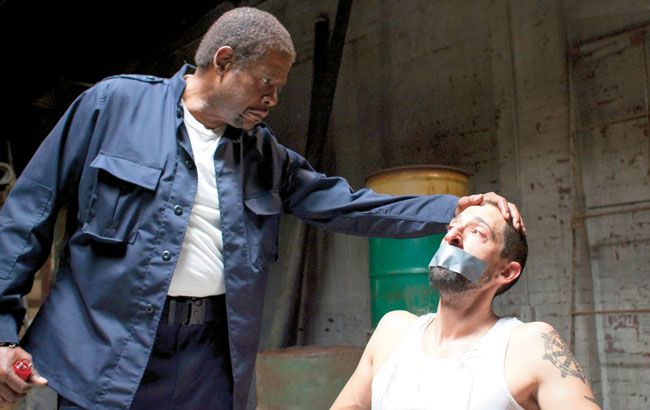 “Mmm. You got a pretty (Shiny) mouth.

Just kidding, those aren’t the real questions. You know how far they go.

I liked that the movie relied not on special effects or any CGI, but just the actors themselves. A lot of them do very good jobs, showing the emotion that both sides go through, and change into their stereotypes.

BUT. It is pretty different from the actual experiment. Films change actuality. But in this case, I think the actuality is a cooler story than the film version. In this movie there was attempted rape, death, and yeah, some physical violence. Also some nice urinating on people stuff. Gross right? That kind of stuff didn’t happen in the real experiment. (Would it have happened over six days? Maybe. Have to wait for an unethical country or Texas to try it again).

Had it made it “realer” in terms of what happened in the 70s, I think it might have been a better movie. The ending also seemed to take away from some things. Was pretty unnecessary.