I hadn’t expected to watch two movies where Channing Tatum played a pivotal role in it so close to each other. Guy just has a face that bugs me, so I usually avoid his stuff. And by pivotal role, I mean the main character this time, damn. 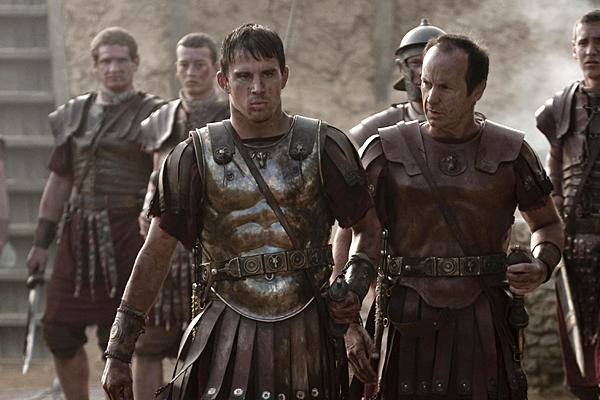 Yeah. That’s the face right there.

This story is about the Roman Empire, fucking up Britain. Back in the 100s, when trying to Conquer Britain, a Roman Legion was lost and their flag standard, an Eagle, was lost with them. The leader of that division was the father of Marcus Aguila (Tatum), so there was some shame on his family. Since then he has become a commander himself, and has been sent to lead the troops at Hadrian’s Wall, a wall in GB south of where the legion had since been missing.

On like his first night, they get attacked and raided, but thanks to him they win. Too bad he gets fucked up. Oh well, honorable discharge and sent back home to his uncle (Donald Sutherland). Unfortunately he still hasn’t cleared his dads name. Gah! Once he feels better (albeit still crippled), he heads back to the wall with his slave and confidant, Esca (Jamie Bell), to go North of the wall in their own small group and try and find the eagle.

They have to deal with the natives (Britain was very uncivilized at the time), the lost legion, and friendship strains. Aww. 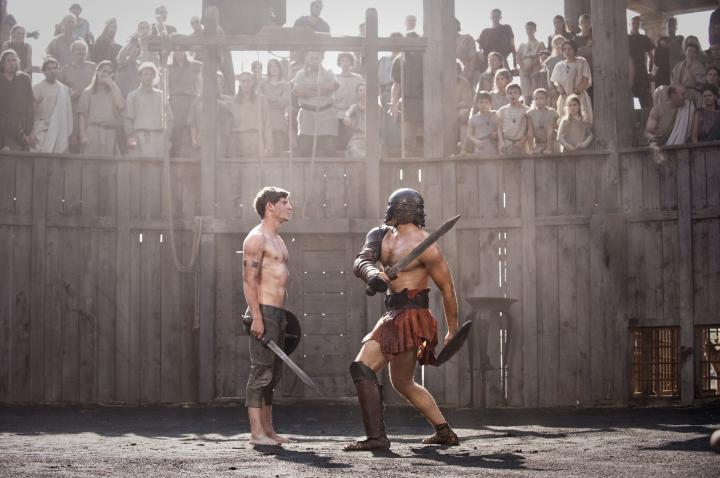 “Bitch don’t you know you’re about to get cut!?” – Audience member

This is a pretty gritty feeling movie. And it feels like a movie set way back when. Both were probably obvious I guess? Either way, it took me awhile to really care about the main two characters. Having the big going home after the first battle, downtime, relaxation thing, hurt the flow of the film for me. I think it would have been better if he just recovered at the wall, got discharged and instead of going home, going straight into the wild to search for the Eagle. His slave friend could have came to pick him up, or whatever.

Fighting was cool though. I could actually understand most of the fight that occurred at night, which is a great bonus. A lot of movie like to do shit at night just so they don’t have to make things obvious. Thought the ending was pretty swell too.

But there were also larger more boring moments that kept taking me out of the story line, weirdly enough. My favorite moment was when Aguila saved Esca from the gladiator arena. Such a small moment, but just really really liked it.

2 out of 4.
Tags:2 out of 4, Action, Channing Tatum, Donald Sutherland, Jamie Bell, The Eagle