The Collection is the sequel to The Collector, a film I can’t say too many people saw. If you are too busy to read that review, it was decent. Guy goes into house to rob it, while another guy (The Collector), is setting up a giant booby trap filled house, to catch strays and torture people with. Bad place, bad time.

I liked the general idea of it, but thought it could have been less torture porn-esque. I am most excited that this film took three years to come out later. I kind of get pissed off at the horror franchises that want to release a movie every year (usually in October). This has the potential to keep up the thriller/survival aspects, with a big game of cat and mouse!

Set a few months after the first, we learn now that The Collector is actually a serial murderer, who will go to a place, kill a lot, and take one person at the end, thus the collecting aspect. Which is what happened at the end of the first film! Arkin (Josh Stewart) was captured, and fate left unknown. Unknown until he somehow managed to escape! Oh yes, when the Collector fucked up hundreds of people at a night club, Arkin escaped, but another girl, Elena (Emma Fitzpatrick) was taken in his place. Oh well, as long as he is free.

Just kidding. Turns out Elena is a rich girl, and her father (Christopher McDonald) really wants her back. So he hired a team of mercenaries (including Lee Tergesen and Shannon Kane) to go and capture Arkin, to attempt to find The Collector’s lair, to get his daughter back at all costs.

His lair? Yep. So of course it will be more booby trapped than ever before, not to mention all his past collections might be around too. Did I mention higher body count? 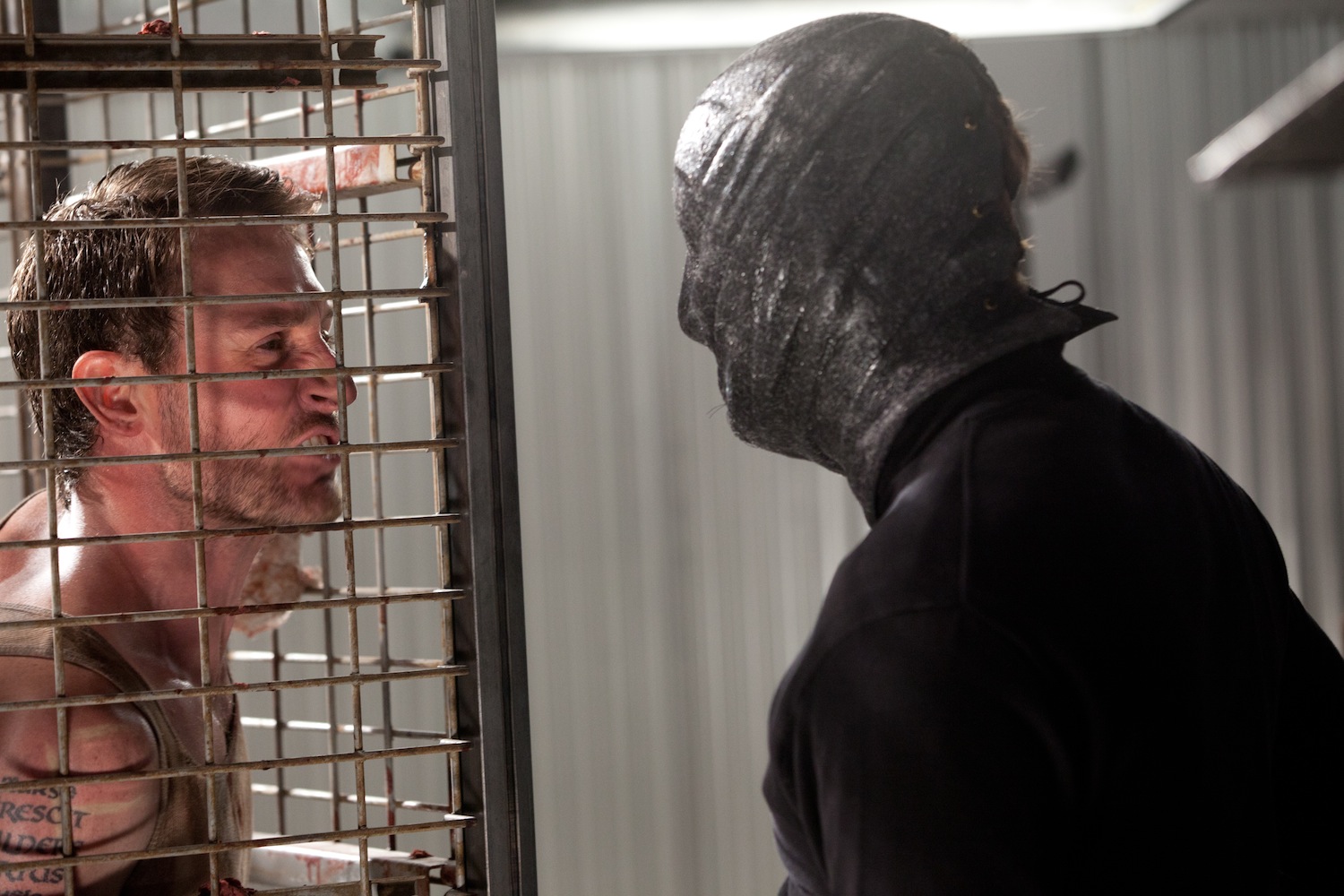 Gets captured, escapes, gets capture. How much does it suck to be that guy?

In a sentence, The Collection takes everything we loved about The Collector and poops on it. That is what I thought at least. We learn that this Collector fellow is a big deal and has been doing it for awhile. Seeing the amount of people in collection later in the film helps prove that point, but it is still an outrageous number for there not to be some national man hunt out for him. Seriously, especially if it is just one city, there would be door to door searches. But eh, most people assume they won’t get killed or collected (and tortured) I guess?

I will say I liked the ending. The post conclusion ending. I was worried it would end the same way as the first, big firey explosion, can’t find his body, oh no, and someone gets grabbed. No, we get a form of revenge and closure. Closure?! Yes, closure. There can’t possibly be another movie to follow up this one.

Either way, the lair itself I thought was just lame. I didn’t like the traps, the deaths, the plot, any of it. I might have given it a 0, if it wasn’t for the last 60 seconds.

Yep, a good ending is at least 25% of the grade! But the rest is skippable. What a bad horror movie.