Skip to content
HomeUncategorizedThe Coed and the Zombie Stoner

Zombie Romance. It is totally a thing now. After all, we got Life After Beth and Warm Bodies (Warm Bodies). That means a trend is brewing, only about 50-60 years after the Vampire Romance trend kicked off [Completely guessing on that number. Research is for losers].

So it should come as to no surprise that a movie called The Coed and the Zombie Stoner even exists. Before you ask, no, it is not technically a The Asylum movie. They bring us the C grade films like Asian School Girls and Sharknado. This is its own entity (but The Asylum is selling it on their website, so who knows their involvement).

This is clearly some sort of sex comedy horror B-Movie. 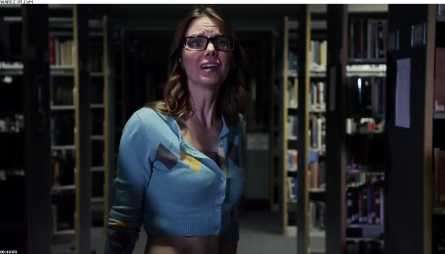 Science and books are fun!

Chrissy (Catherine Annette) has a problem. She is super smart and has a high GPA, but for whatever reason, to maintain her scholarship she had to be in a sorority. She doesn’t fit in with these girls, she doesn’t like to hang out with people, but they accepted her as long as she had a fraternity boyfriend.

Well, P.J. (Ben Whalen) dumped her because she talks too much and isn’t a skank. This means she might get kicked out of the sorority by Bambi (Jamie Noel), the queen bitch, if she doesn’t find a man in 24 hours. She could get one of the geeks, but they are gross. While working late in a lab one night, she is surprised to find Rigo (Grant O’Connell), a zombie! He is not decayed or old, but apparently he was a student back int he 80s. He accidentally took the professors zombie machine for a dorm shower, turning him into a zombie. Because he was such a pothead, the marijuana kept him young and strong. Somehow.

Well, he is really charming and not a bad guy at all, so she would rather date him to save her own career. Soon they become a power couple on campus which only creates jealousy from Bambi and PJ. So they vow to break them up any way they can, even if it leads to a zombie apocalypse.

Also starring Andrew Clements as her stoner brother (I really think it was brother) and Dora Pereli and Lena Young as other sorority girls because of the genre. 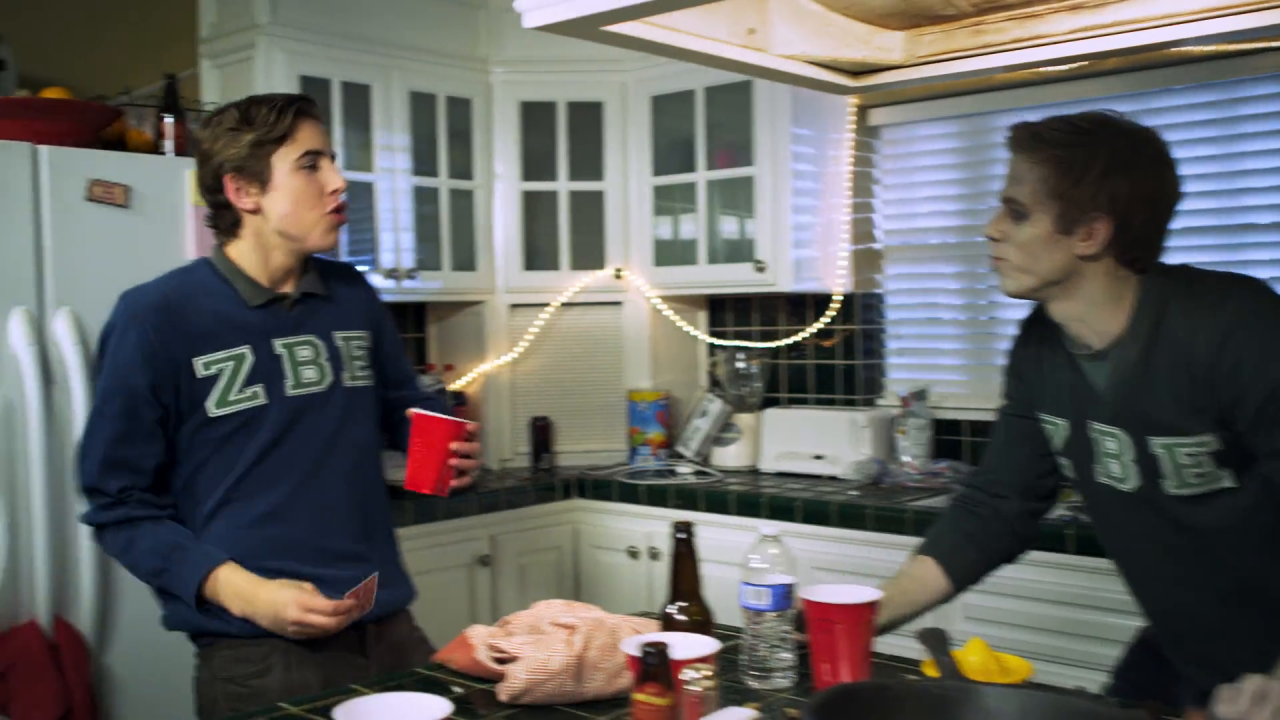 The Coed and the Stoner Zombie is not one of those movies. This one tries to make a good version of the sex comedy low budget genre and excells at the goals the genre puts out.

Did I laugh? A few times. Was the plot interesting? Well, it was certainly ridiculous, but I liked the twists and turns by the end despite the levels of ridiculousness. And yes, there were a lot of weed jokes, frat/sorority jokes, and naked people.

So yeah. It was okay. For the most part these types of movies are extremely boring and shitty and this one is able to rise (slightly) above them. Which is more than I ever expected.