I had to rush out an “Irish movie” for St. Patrick’s Day, but it turns out there aren’t many of those that exist. I don’t want to watch Leap Year (at all), but it also kind of celebrates a different holiday.

So how about The Boondock Saints II: All Saint’s Day? As we have discussed before, there is no way making a sequel many years later could be a bad thing. 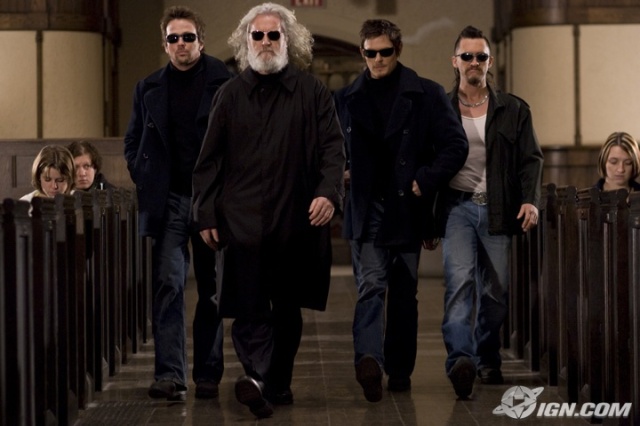 Also with less fucking uses of the word fuck.

The movie begins eight years after the end of the first Boondock Saints. After the final assassination, they fled to Ireland. Murphy (Norman Reedus), Connor (Sean Patrick Flanery), and their father (Billy Connolly). But after an assassination occurs in Boston by someone else trying to frame the Saints, they realize, hey, lets go stop them.

On the way they meet Romeo (Clifton Collins Jr.), a Mexican underground fighter, who serves as a nice “Rocco” replacement and joins them. They also learn that the son of the guy from the first movie is out and about, and probably set up the hit against them (Judd Nelson).

Oh yeah, wouldn’t be a Saints film without detectives trying to figure out what is going on. Now that Willem Dafoe‘s character is dead, his protege, Julie Benz, is on the case. She also comes with the same group of bumbling idiots, and tries to imitate Dafoe’s character, but you know, doesn’t do as good.

But yeah. Back to Boston, fix their name, assassination highjinks / very lucky, avoiding the law, and stopping a crime boss. End scene! 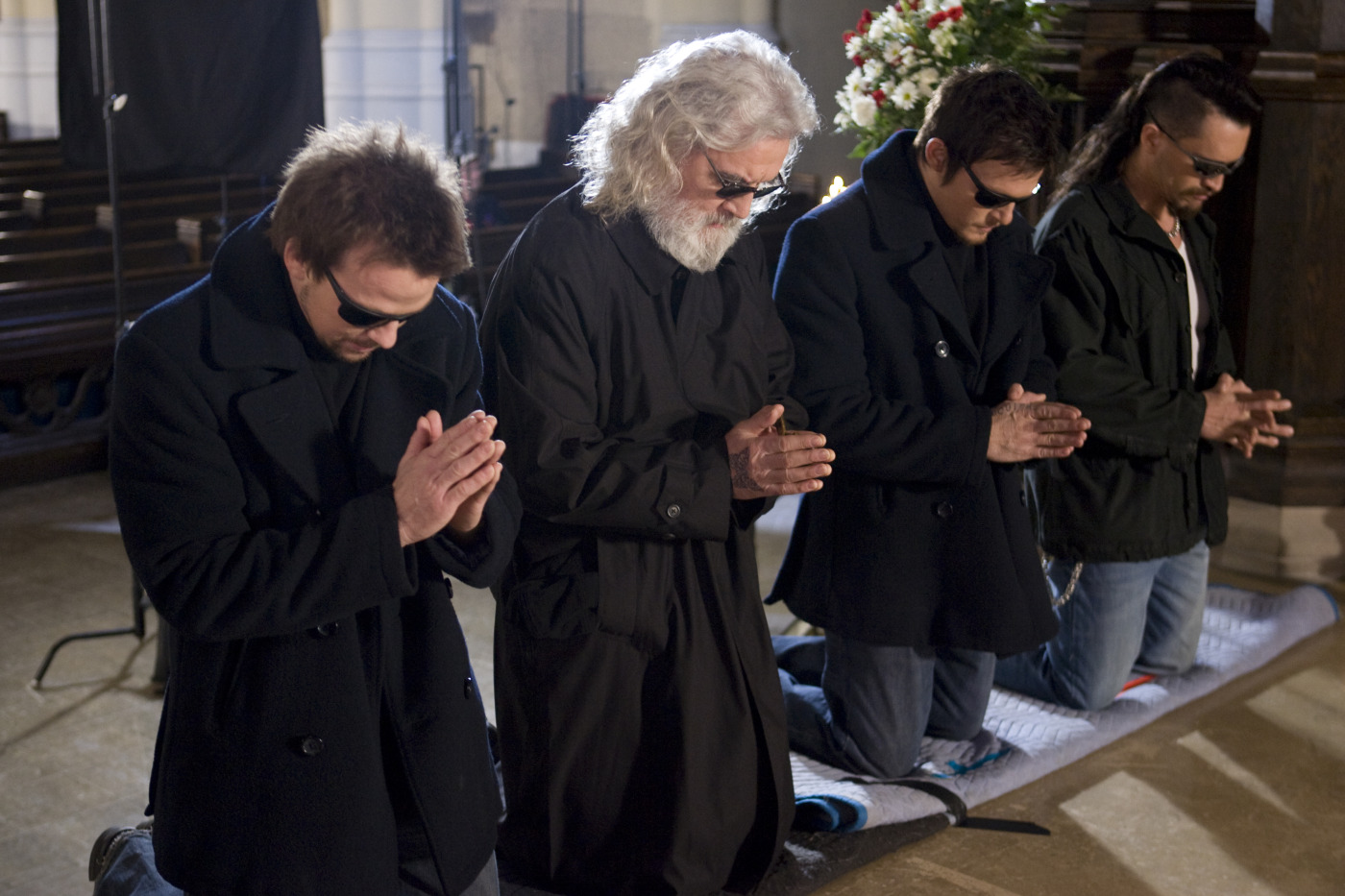 Sorry, there is no good pictures on the Internet from the sequel.

I realize not everyone liked the first Saints movie, but it does have a huge cult following, and made bank on DVD sales, so that is why the sequel eventually happened. And I think everyone who was hoping for magic let out a collective sigh of disappointment.

While it does seem to provide more of the same stuff we should like, it also feels, just not the same. It is hard to describe why it isn’t as good, because then I’d have to explain why I thought the first saints was good. I guess I thought it was clever, and going against stereotypes for movies like it (famous rope scene and all), but just didn’t find it present in the sequel.

Benz was pretty bad too, trying to do the exact same thing as Dafoe, but not being Dafoe it just seemed like a parody. I already said that, but it needed reinforcement.

Reinforcement is a weird word.