Alright, this story is a bit embarrassing. The first time I saw the trailer for The Bling Ring, it was when I was about to see Spring Breakers.

It was the trailer RIGHT before the movie, and for some reason Cinemark didn’t do their dumb “LOLOL DONT TEXT K?” ad that takes you out of the moment right before the film. 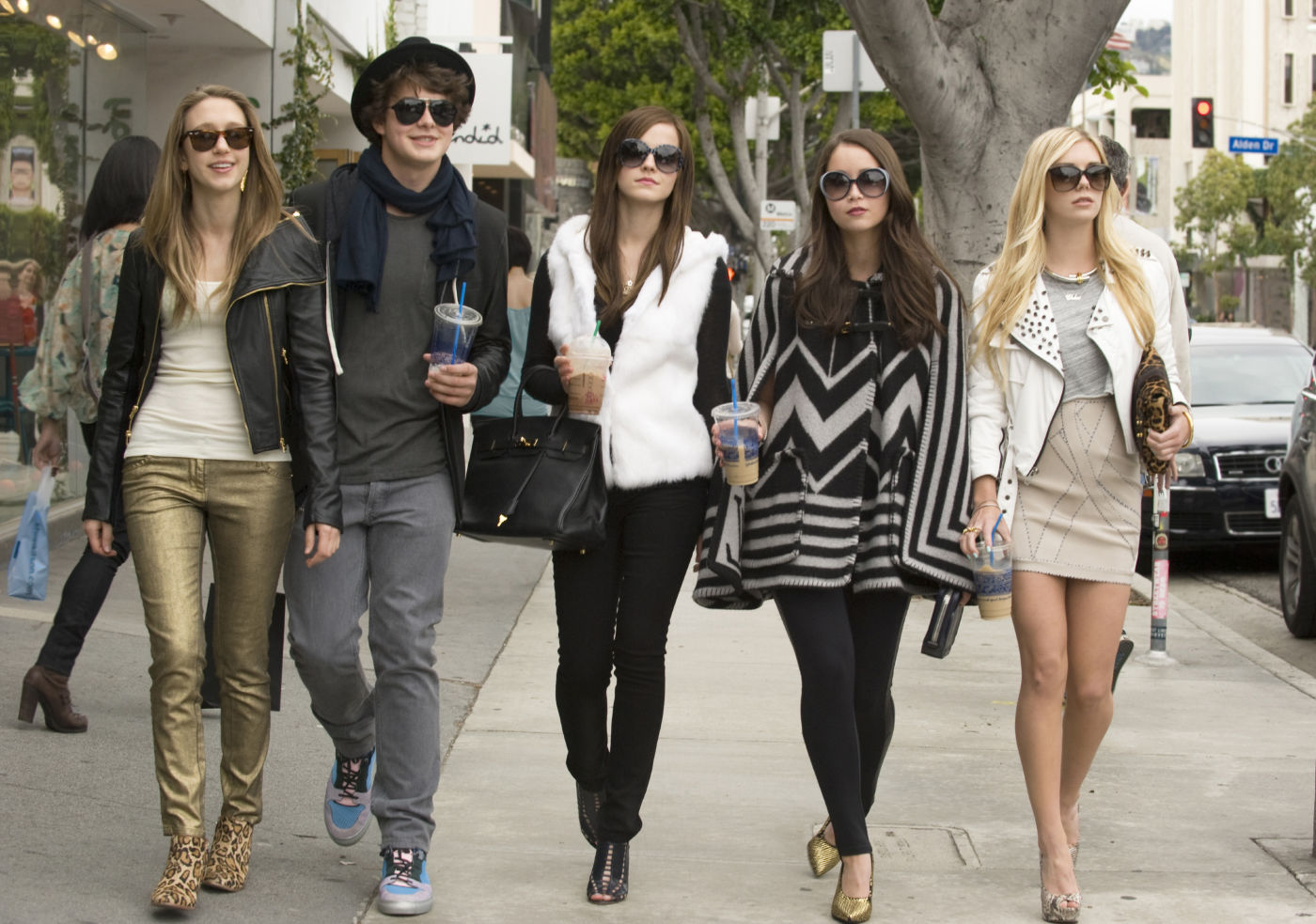 To be fair, they are kind of dumb too.

In Hollywood, shit is rough. Everyone wants to be in the business, but only some people are in the business. Los Angeles is home to so many celebrities, and they are all super cocky. In 2007, they got what was coming to them.

When Marc (Israel Broussard) just moved to the area, after getting in trouble at his last school. There he finds Rebecca (Katie Chang), an old friend of his from a past school. Score. He is just happy to have a friend again.

Well, they start breaking into cars if they are unlocked. Why not, free stuff? Then they go to homes of people on vacation. Those noobs also left a door unlocked. Free money is the best money. Well, thanks to stuff like TMZ, they find out that Paris Hilton is out of town at an awards show, and her address is something google-able. So they waltz over, and hey look, she left her key under her doormat. Fancy place. Lots of stuff. It’d be hard to notice if anything gets missing.

Their friends get totally jealous too. So they decide to go back, but this time with Sam (Taissa Farmiga), Nicki (Emma Watson), and Chloe (Claire Julien).

But just as Icarus got too close to the son, these kids got a little bit too cocky in their stealings. Caring less about cameras. Less about taking only a little. Less about hiding their bounty. It totally then bites them on the ass. Which is why we get a movie. Yay movie!

Finding out that Sofia Coppola directed this movie had me a bit worried. Her last movie before this, Somewhere, was well…it was a movie. I think. It just felt like an incredible waste of time that I got nothing out of.

On a similar note, I would say that every time something remotely interesting happens in real life, that we don’t always have to make a movie about it. But I guess it became popular because of the Vanity Fair article on the whole situation. Really this whole thing is about celebrities being real people, who forget things, like security, just like the rest of us.

I can’t really say the acting was great, it didn’t feel amazing or bad. The cuts were a bit annoying, and the ending came at a strange point in the story. I think it could have been ended way earlier when they were sentenced for their crime. But the movie just…kept going.

Don’t you hate it when things don’t know how to end? Oh. Right. Sorry. It was okay.