Skip to content
HomeUncategorizedThat Guy… Who Was in That Thing

These are all names that you may have seen before, but probably don’t recognize in big amounts. If you clicked their links and saw their pictures, you might recognize their face, but find that you can’t quite picture what you have seen them in before.

Are you getting it now? These guys are those guys. Those character actor guys. The ones that make you go, oh yeah, That Guy…Who Was In That Thing.

These are the working actors, who don’t make million dollar blockbusters, and then can live at home with their family or months off not a worry in the world. These are the actors who aren’t doing it for the money, because their pay certainly isn’t a lot (unless they are a long running TV show maybe). These are the ones who love to act, who will do most any role, and sometimes even have to live paycheck to paycheck. These are the guys not going to be winning awards down the red carpet anytime soon. Nope. They can probably only get Emmys. Well that is not true, one of these guys was nominated for a Tony, but I forgot who. 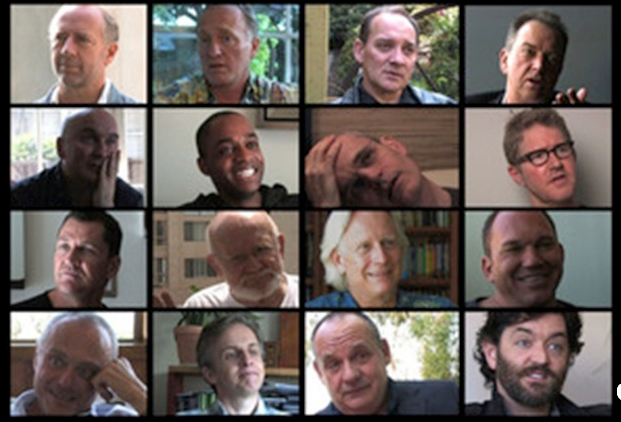 It was one of these sixteen guys. Yeah. One of them.

This documentary interviews all of these sixteen individuals and splices them together to tell a sort of story. We learn why they wanted to be an actor, what they were before acting, how their parents took the news, what their first big break was, what their favorite memories were, their regrets, the process into getting onto a new television show, what they have been doing lately, their interactions with fans when they have that “Oh shit, you are famous” moment, and their thoughts on fellow actors.

And that is about it.

Honestly, early on, I was excited about this film. What a fun concept!

Then I got bored. Like, a third of the way in, I was already done. It seems like a good idea, to let us get to know these guys, and some of the stories were interesting. But I stopped caring pretty quickly. I don’t know if it is just the straight them talking format, and nothing else (because that is true), or what. But man. It turned into a snoozefest. I think it is only 80 minutes long, but it felt really really long.

Maybe the problem is that I just only knew like, half of these guys from things, and the rest felt like scrubs? Let’s go with that.

Either way. This documentary could have been a lot better.