Oh hey, so apparently Courtney Cox has directed a movie. She wants to go the David Schwimmer route now.

Scott isn’t a terrible actor, he is just terribly typecasted. Most of his characters are not smart, but they are all generally different. And fuck, Goon was the best. Fuck you if you think otherwise. 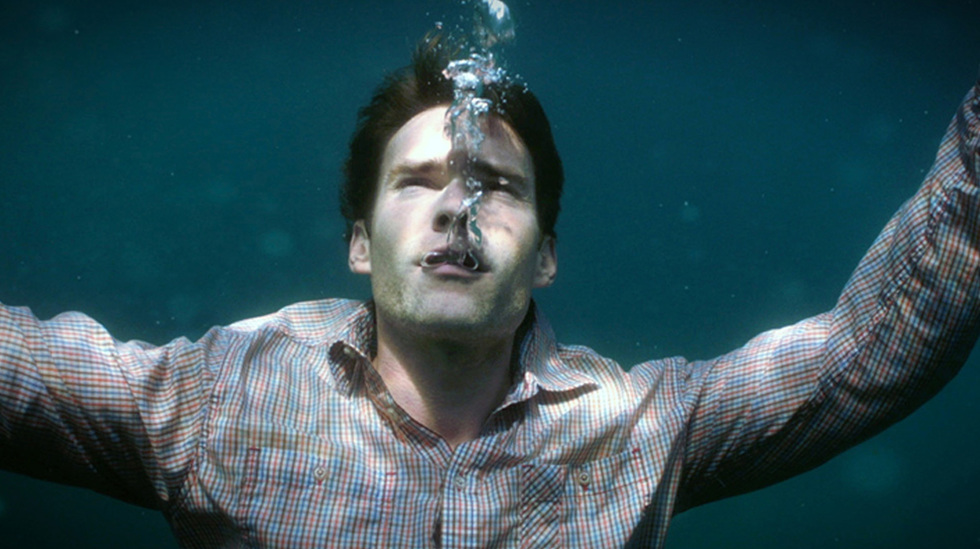 Look at him, breathing underwater. That is acting folks!

The film opens with out main character, Ted (Scott) drowning. See above. Yep, he is narrating about his death at the start of the movie, much like the very recent review of mine of Catwoman. Man, having a Catwoman comparison right off the back is not a good thing.

Let’s back up, of course. Ted had a decent life growing up, until his dad died. Then he was full of grief and his life went to shit. He started getting picked on by bullies, both teachers and classmates alike. So he eventually moved away from his family and started a new life far far away. He had a boring job and a woman, Penny (Elisha Cuthbert), who accepted him. Until she left him because he was boring, safe, and stagnant.

Well shit. So now Ted wants to go back home, make amends with a few folks, and then kill himself. Poetic. Kind of. He has to beat up the local bully (Rob Riggle), berate his old teacher (I don’t remember and IMDB doesn’t want to tell me), and also thank a cute girl (Mackenzie Marsh) who was nice to him in high school.

Pretty simple. He even gets to stay with his dick cop brother (Garret Dillahunt), who has a wife (Kate Walsh) who doesn’t love him, and a son (Kyle Gallner) who has to hide his gayness. Woo, gayness. The actual plot of this movie comes when Ted goes to yell at his very old old teacher and ens up meeting her grand daughter, Greta (Olivia Thirlby), who ends up wanting to document his final days before suicide after hearing his story. Very sweet. 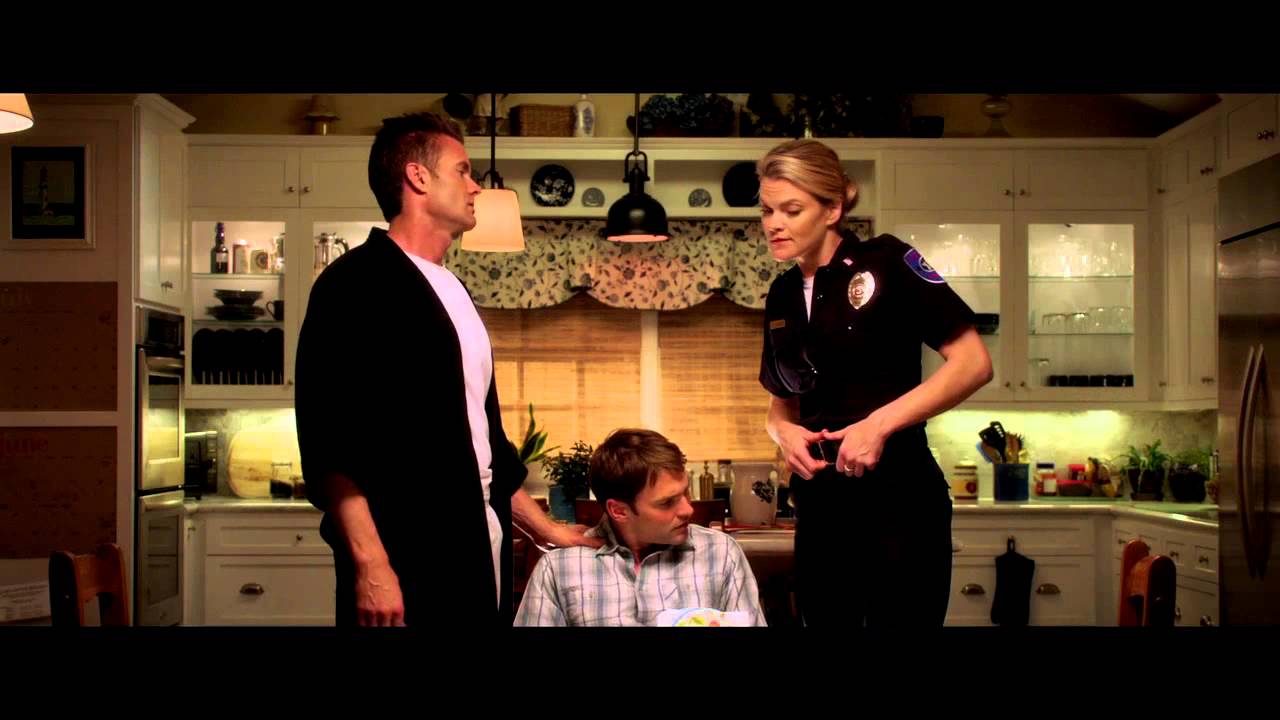 Picture chosen because I didn’t want too many of Ted drowning.

Again, no idea Courtney Cox was involved in this project until I looked up picture for the movie, and instead, got a lot of her walking the red carpet. It was quite odd and I was worried I missed her somewhere in the film. Maybe she was secretly the old lady?

Unfortunately for Cox, I think a lot of the blame lies on her side of the movie field. The story has elements that seem interesting. Some of them, sure, they are common, but there were some more unique elements as well. It just doesn’t feel cohesive. The film’s different subplots and stories don’t mold in a way that is pleasant to the mind. It doesn’t know if it wants to be funny, serious, or maybe even a dark comedy. By the end, it mostly just feels cheesy/Hallmark-y. It is all over the place, which can be a good thing, but in this movie’s case just falls flat. Scott doesn’t do great either. He feels like such a bland character, it is impossible to root for or against him. Like if he was an actual jumper, you would turn away apathetically not caring if he fell or not. You would go and wait in a long line at Starbucks instead.

For whatever reason, this movie is rated R. There is about one risque scene that happens about three times, but they don’t even show any nudity during them, making it one of the more tame R rated movies of recent months.

I have nothing more to say. It is a movie that tried to reach some deep and interesting subjects, but felt flat and just left me bored.

I had a mini theme day yesterday. Realized I had a long block of time, very long, and to make the best of it I wanted to watch some long movies.

So I figured I might as well start with a long movie with a long title, hooyah! The Assassination Of Jesse James By The Coward Robert Ford, and that is one of the last times I have to type it all out. Yes. For those curious, I then went The Patriot and The Good, The Bad, and The Ugly (Yes, seeing both for the first time as well, shut up). 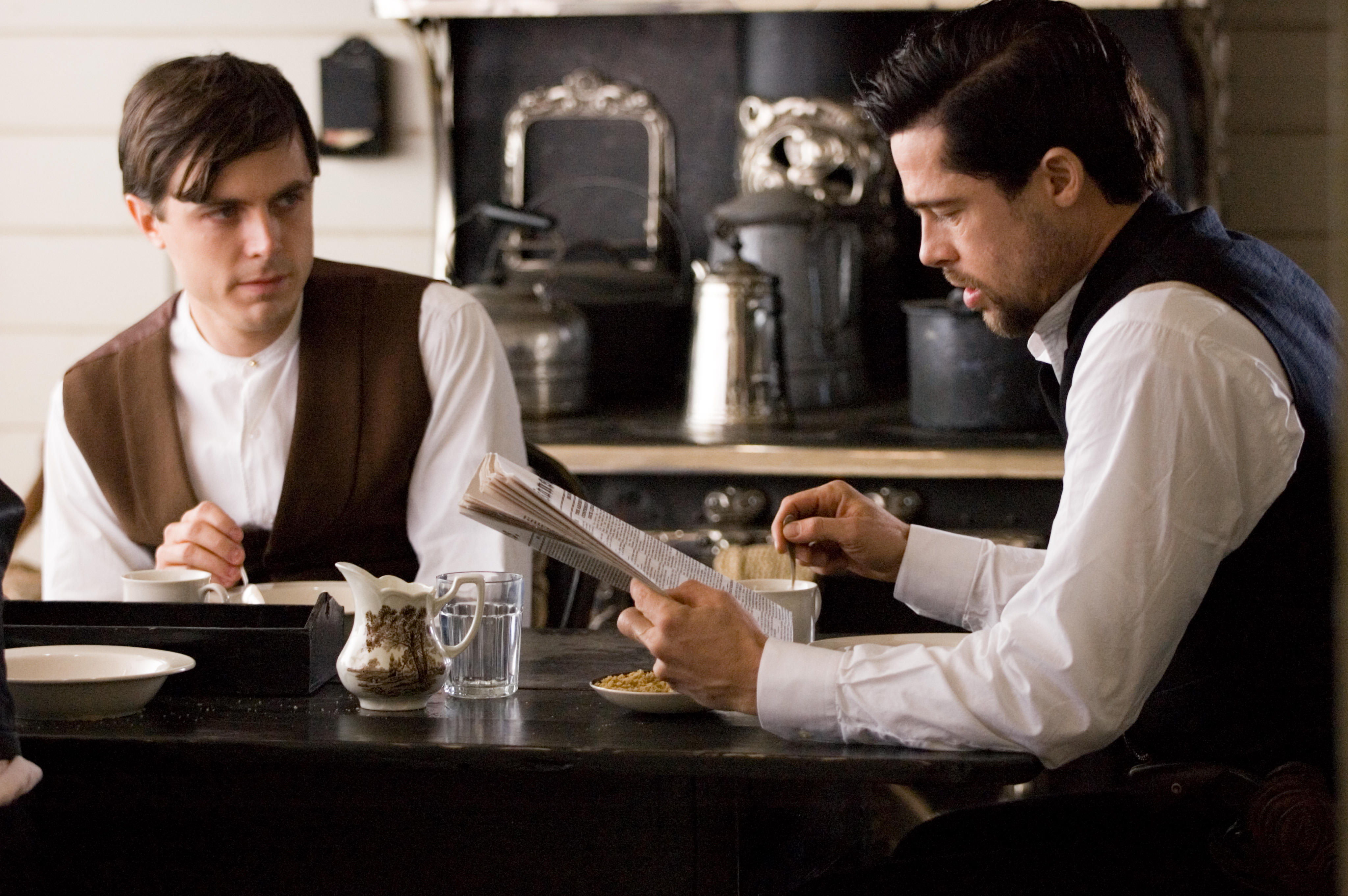 Just a normal day in the life of Jesse James. Getting stared at by Robert Ford, obsessively.

You know whats awesome? Kind of spoiling the ending. Jesse James (Brad Pitt) totally dies in this movie. So if you have a collection of movies where Brad Pitt dies in them, this better be in it.

The movie takes place in the last few months of Jesse James life, including his last train robbery. He has the last remnants of his gang, including Frank James (Sam Shepard), Dick Liddil (Paul Schneider), Wood Hite (Jeremy Renner) and Ed Miller (Garret Dillahunt). Eventually they are joined by the likes of the Ford brothers, Charley (Sam Rockwell) and his younger brother Robert (Casey Affleck).

Growing up, Robert was obsessed with the tales of Jesse James and his gang of outlaws. He knew all about them, from the trains taken, to Jesse’s shoe size. He was his hero! Which is why he was in a situation where he finally got to join the gang and go on a mission with them, despite the fact that everyone else found his obsession a bit creepy. The robbery doesn’t lead to the riches they thought were coming, leaving a very disappointing final heist.

Then in the final months, we have Robert Ford getting to spend time with his FAMILY. He has kids! And a wife (Mary-Louise Parker)! What! But that ends eventually too, and he then lives with a few of the previous mentioned former outlaws.

But over the final months, Jesse finds himself a bit more paranoid with less people he can trust each and every day. So some people die. Some people get arrested. And Robert Ford is left with an ultimatum, kill or arrest Jesse James himself, or find himself in prison. 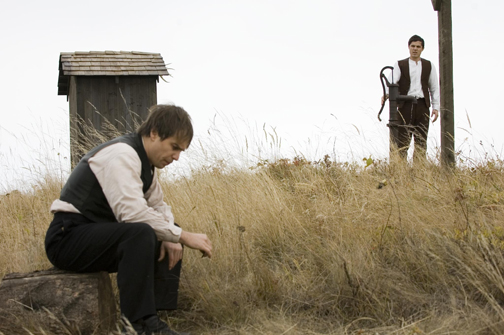 LOOK AT THAT CINEMATOGRAPHY. Look at ittt.

“Wait a minute! That movie is 160 minutes! You barely gave any plot? Does it move slow?”

Well technically, and despite the fact that you already know what it is about (The Death of Jesse James), I didn’t feel a real need but to introduce the characters and the first few scenes.

Why is this movie so long? Probably because this director loves him some detail. The camera works was almost orgasmic on Blu-Ray, and all the scenes gorgeous, but not over the top. But even better than that was, surprisingly enough, Casey Affleck. Yes, Ben’s younger brother. He made this movie his bitch, and was so damn good at the role. Brad Pitt, also excellent in this film, both surely scene steals, but the level of detail that went in from Casey was just astounding. It all felt so real, which made it all a bit more eerie and awesome.

All of the acting was really well done, and I was very interested in the story line. Of course, one other problem with it could be just that it is…well very damn long. Hard to justify watching this movie a lot, without wanting to just skip around to a few scenes. Also super dramatic. Not a wild wild west shoot em up. Only a few shooting scenes really.