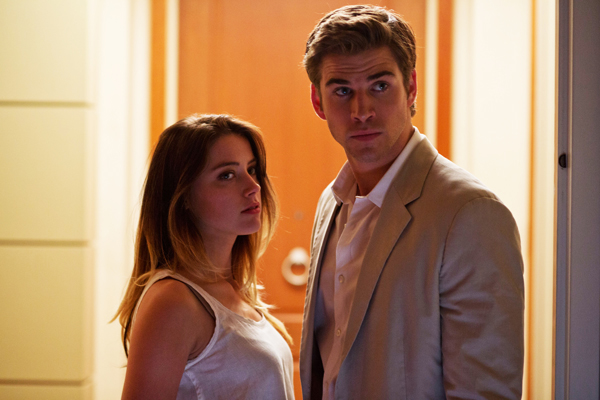 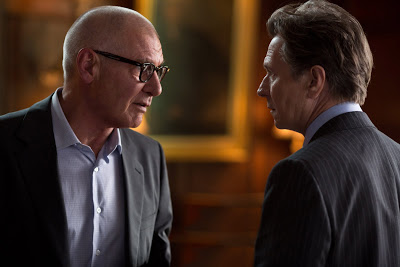 Reboots are a tricky thing. Especially if they happen within half of a decade of the last previous movie of that type.

Most people will agree Spider-Man 3 is a disaster, especially when comparing itself to its previous two movies. Why did it fail? Seems like studio intervention. Forcing the director to include villains that they didn’t plan for, made a mess. There was a script for Spider-Man 4 in the works, still with Sam Raimi, who claimed he wouldn’t let the studio mess up the movie again. And then before filming, after the script, they fired him and screamed reboot!

So with that, a few years later, we got The Amazing Spider-Man, hopefully it doesn’t suck! 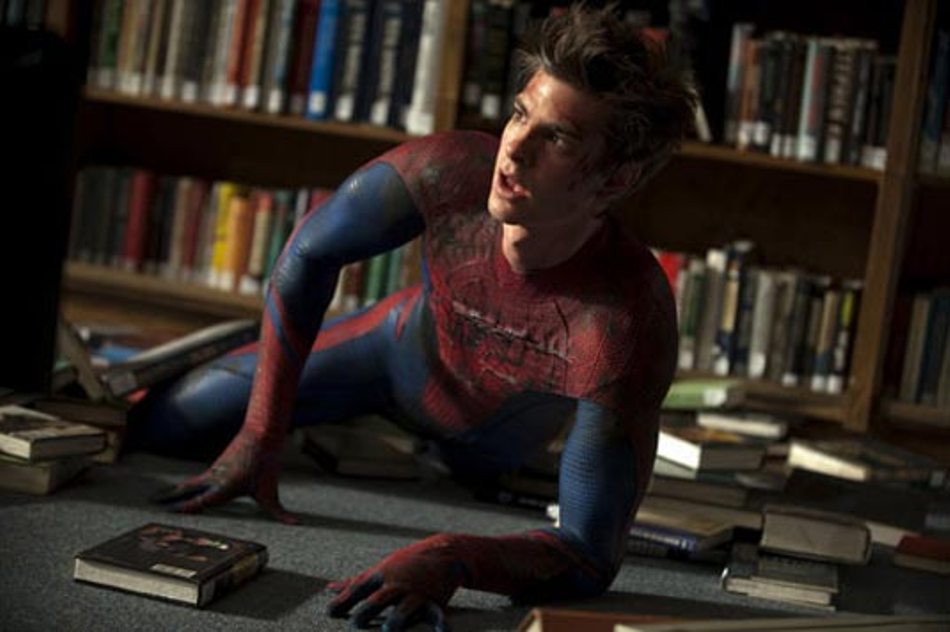 Ah, he is trying to seduce the nerds with books. I see it now.

A lot of the plot you guys already know. Peter Parker (Andrew Garfield) used to have parents (Campbell Scott and Embeth Davidtz), his dad a scientist, but without warning, they get scared and run off. He is left with his Uncle Ben (Martin Sheen) and Aunt May (Sally Field), as they swear to return. Well many years later, guess who never came back and had a plane crash? Sucks.

Peter is all angsty now. Lives a weird life, has an old film camera, in a modern technology world. Smart, doesn’t apply himself, etc. But when he finds his fathers old notes in the basement, he gets curious. Turns out he used to work for Oscorp, and big on genetic therapy involving swapping genes with an animals to make a better human. He dealt with spiders mostly, but his partner, Dr. Curt Connors (Rhys Ifans) was interested in lizards and their ability to grow back limbs. Because he was missing an arm! Oh noes.

Well their company is running out of time, Norman Osborn (Not yet cast!) is dying of something and needs this research, so his lackey (Irrfan Khan) harasses Curt to make science work faster. Human trials damn it, or get fired! Things happen, the latter, and he takes the formula in desperation and tries it on himself. Well, and you know where that probably goes.

There is other stuff going on of course. Like Gwen Stacy (Emma Stone), the smart science girl at school who Peter has a crush on, who also works for Oscorp. And her dad, (Denis Leary), captain of the NYC police force trying to stop that masked menace. Flash Thompson (Chris Zylka) is in the film, just for some amount of normalcy. Love stuff, flying around without a mask, and more spoilers that I didn’t think would be spoilers.

Will Peter accept his greater power responsibility ratio? Could Uncle Ben have been more bad ass? Will a scene like this appear in the movie? Is this the best Stan Lee cameo yet? Do bitches know about the Lizard’s green gas? 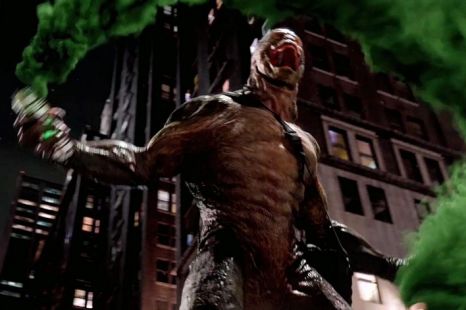 Woo, Spider-Man. There is a lot of things to like about this movie. First off, just by including Gwen Stacy as the main love interest, you already know this film might be a bit darker than the last trilogy. I had legitimate fear for multiple characters throughout the movie during Lizard scenes. Before when it was Mary Jane I never thought “Oh man, is she about to die?” Nope. I always figured out Spider-Man would just save her.

The fights were well done and I could pretty much tell what was going on the whole time. Not too blurry. Spider-Man fighting was generally epic, and the Lizard was generally stronger than him. I wish the Lizard reminded me a bit less of a Killer Croc / Toad from Super Mario Bros. hybrid, but hey, not perfect.

Speaking of not perfect, more than once I rolled my eyes at some poor dialogue. The serious and epic ending I didn’t get to fully experience, only because I knew it was coming. If a comic fan knows the characters in the movie, they are sure to know certain events that will transpire, so I thought the ending wasn’t as good as it could have been. Even laughed in the theater to a line I thought was a joke, that apparently everyone else was way more serious about. Whoops.