I think this movie didn’t know what it wanted to be. First part was amusing in a violent sort of way, and then it almost tried to be some sort of a cheesy 80’s cop show (based off the soundtrack). But then when it tried to get serious, it never really got there.

This movie is about a Tactical Force unit that just doesn’t do things by the book! Effective? Sure. But no one seemed to pay attention in SWAT class.
Including a hilarious lesson on how to properly stop someone with hostages. That is internet sarcasm. 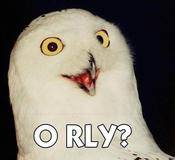 While going to a warehouse to run test missions with fake bullets and what not, they accidentally encounter a real gorup of bad guys. Oh no! With no bullets, versus a ton of people with bullets? However will they stop them? Oh yeah. TACTICAL FORCE!

So more things happen. More kinda violence. Steve Austin, the leader, ends up wrestling with someone else. Weird for a SWAT guy, but I guess they were going for that. I thought Michael Jai White (Black Dynomiteeee) was pretty good at his role. There was a “Twist” ending as well, that really didn’t mean anything or need to exist. I understand it. But it didn’t add anything to the movie or trick you in any way. Just kinda blah.

1 out of 4.
Tags:1 out of 4, Action, Michael Jai White, Steve Austin, Tactical Force