Synchronic has probably one of the best movie posters I have seen of this year. Check it out. I don’t know anything about this movie going into it, but it captivates a lot of imagery. Is it about time travel? It is probably about time travel. Maybe.

The film is directed by Aaron Moorhead and Justin Benson, who have worked together before, but got relatively famous in the indie community for directing The Endless a couple of years ago. That was a film I wanted more out of, and probably need to give a second chance viewing.

But they love dealing with the mysterious, and the drama, and the fantasy, so I am sure, sure…that this movie is about time travel. Probably.

OH ALSO! The directors care about safety, and don’t actually want you to go to theaters if it isn’t safe enough. That is pretty awesome and will hurt their line and maybe their status in the business, but hey, they have morals damn it. 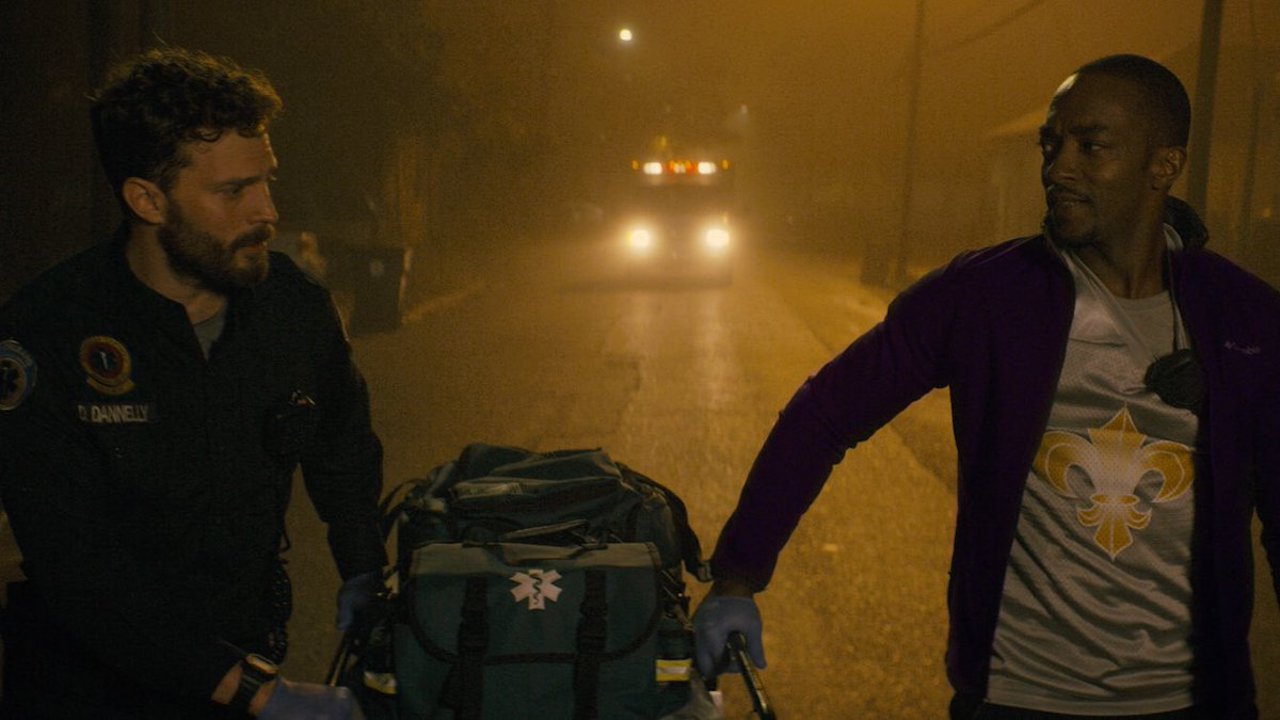 Well, there’s no proof of time travel in this picture. Unless they time travel to night time of the same day.

Steve (Anthony Mackie) and Dennis (Jamie Dornan) are paramedics down in New Orleans, and this movie has nothing to do with Katrina (yay!). It is just a setting. A lot of their job unfortunately is working with people hurt and dying of drug overdoses, given the location of their city. Nothing against people with addictions, it is just a same to see so many young lives lost and stuck.

Steve has his own worries going on, about his future career, and about his life, after being a bachelor for so long. His partner has a wife (Katie Aselton) and kids, the oldest Brianna (Ally Ioannides) is turning 18 and wants to move away for college. What the hell is Steve doing with his life?

Well, at the same time, a new designer drug hits their area, named Synchronic. Nice name. It gets a real unique feeling but has side effects, of course. Shit starts getting wild around them, like, their world changes. Sometimes people feel like they are going to a completely different part of the world in a different time. Like…time travel. But sometimes, young people don’t return for some reason.

And sure enough, Brianna goes missing. Did she take the drug? Is it time for experiment drug taking to save a life? 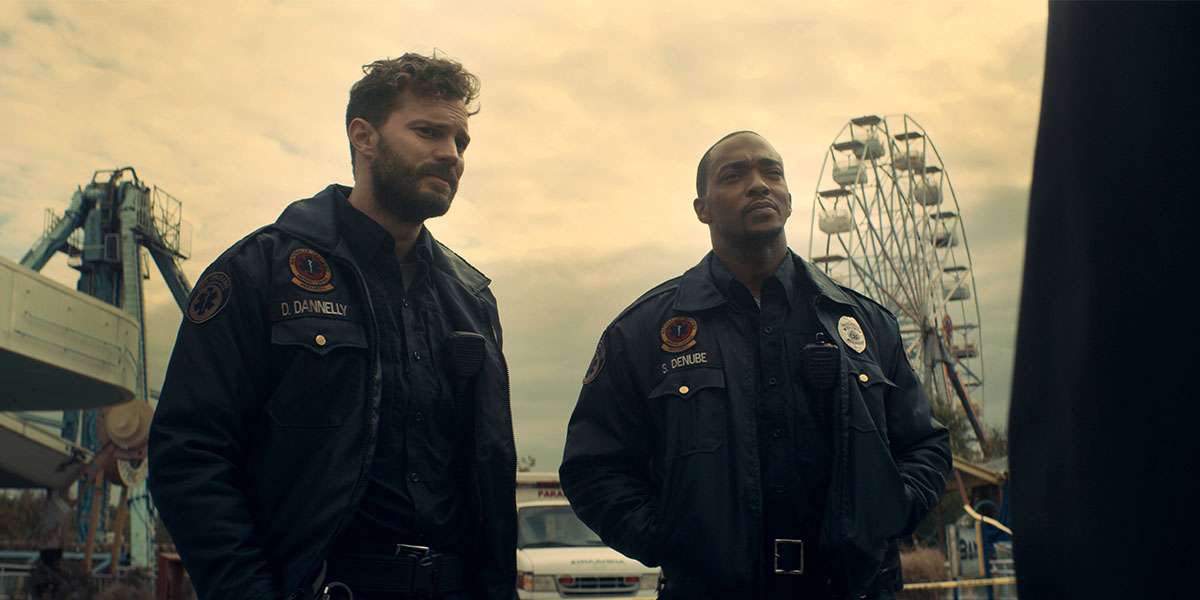 As I already stated, I did see their first film The Endless. And despite not getting fully entrenched in that film, I can say visually it is obvious these are the same directors. A lot of it stylistically feels the same, despite having a higher budget this time around for better equipment (and the low equipment was likely part of the appeal of The Endless). It still contains that ominous air of mystery and music around the situation, asking us to wonder how much of it is real and where is the story going?

Mackie absolutely slays in the lead of this film. He feels so emotional and real. We get all about his business and this entire film feels personal to him. I don’t remember if we have ever seen this side of him before, but Mackie does have a lot of smaller films to his name, they aren’t all just Avengers an cop movies, so I can’t say I’ve seen them all.

The drug is relatively unique and I love, LOVE, the rules associated with it and the methodology put into it by the characters to discover just how things worked. It didn’t answer all the questions, but enough to get the job done.

This is a film about finding your purpose in life, whether you are read for it or not. Accepting a destiny that is hard to fathom until the moment really shows itself. How can you better yourself or your surroundings when so much shit is falling apart in front of your eyes?

Synchronic has some great visuals that are limited in nature, you have to wait for them and earn them (outside of the opening scene). It doesn’t overwhelm you with special effects constantly, it is a lot more grounded in reality. It is a fresh and unique film and one that is worth at least one gander, if not two.