Skip to content
HomeUncategorizedStreet Fighter: The Legend Of Chun-Li

I watched this movie, because I allowed a vote and gave vague descriptions. Sure, I obviously was going to watch it anyways, but by golly, Street Fighter: The Legend Of Chun-Li is first!

Eh. Well, I have only seen the early 1990s Street Fighter movie a few times, but I remember it was at least somewhat enjoyable and super campy. I mean, it had JCVD and Raul Julia (one of his last movies!), great people right there.

So, I won’t compare this to the game story-line at all, because really, I don’t know it.

Shit. He is in this movie? I am sad now.

When Chun-Li (Kristin Kreuk) was a little girl, everything was just swell. She learned some sweet fighting moves from her father, Xiang (Edmund Chen) and also some piano skills. That is, until some thugs busted down the doors to her house and started wrecking shit! They steal her father, and well, that is that.

Many years later, Chun-Li is a concert pianist, living it up. Apparently she wasn’t too badly affected by the kidnapping, until she receives a mysterious scroll. Basically, it tells her to stop doing shit, and fix other shit. So she has to seek out Gen (Robin Shou) and learn how to fight better to save her father.

He was kidnapped by M. Bison (Neal McDonough)! And his gang of thugs, Balrog (Michael Clarke Duncan) and Vega (Taboo). And uhh. He is also a bad man in real life. The cops are after him, for some reason. Non street fighter characters Charlie Nash (Chris Klein) and Maya Sunee (Moon Bloodgood). 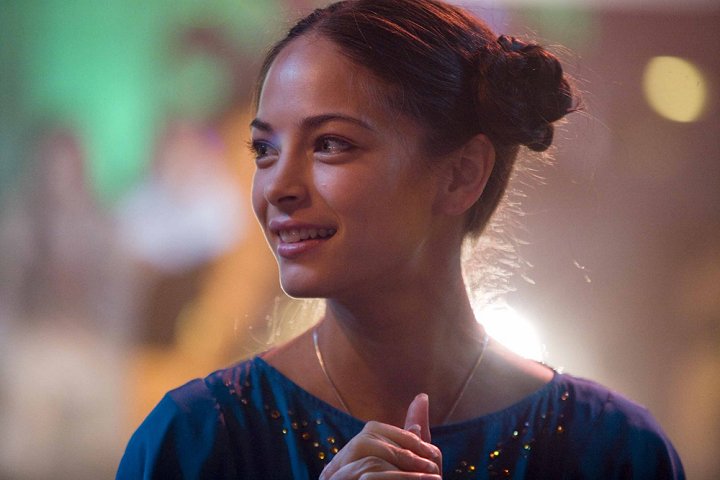 This is the closest you will get to her outfit.

Awww, fuck. It is bad. Thankfully not rage against the Earth bad. The badness just made me super super board. Street Fighter has a rich history, lots of fun characters, and this one shows like…what? Four of them? Fuck all of that. Wheres my green electric person? Wheres my actual badass Bison? Where is my stretchy arms dude, or fat Asian man? Wheres my red and white shirt Karate people? You can tell, I know a shit ton about Street Fighter.

Either way, the action in this film was boring, and the plot was even more boring. I had to battle falling asleep, even though it was still early evening.

Story and plot were rough too. No one really seemed to fit their role. Even Michael Clarke Duncan, he was way too large/slow to be some epic boxer dude.

The one good news about even attempting this movie is finding out about Street Fighter: Assassin’s Fist. Some TV show happening eventually. The poster looks super awesome. Could it help the series as much as Mortal Kombat: Legacy helped that series? Hopefully better, because nothing actually came from MK: Legacy.