I have no idea where I first heard about Stories We Tell. But it totally happened sometime in the last 0-2 years. I think. It was either something I read, or a friend’s post on facebook, or a trailer. Shit I really don’t remember. Which is funny, because this documentary is about memories not being infallible.

Sarah Polley is an actress that really no one cares about. She had a major role in Go, but since then its been mostly random stuff. She has made a project to honor her mother, maybe. She has gathered all of her older siblings, her dad, her parents friends, and others to just tell the complete story of their mother, as they remember it.

The film on IMDB is described as “A film that excavates layers of myth and memory to find the elusive truth at the core of a family of storytellers.” We are told that basically their stories will show that not everyone has the complete story, that some people have contradicting thoughts about what happened and the only way to really know is to hear every single angle. 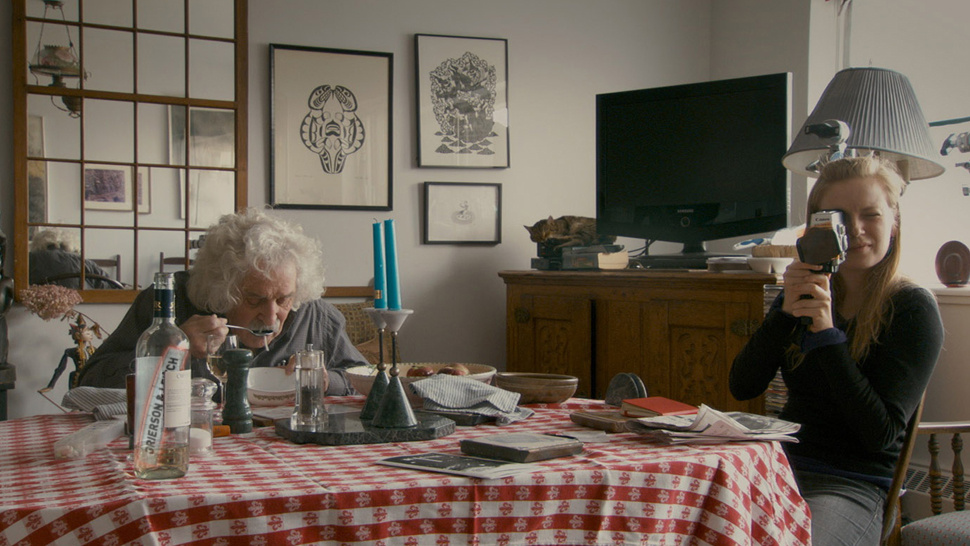 Angle means different person, not where the person is talking from in relation to where you are sitting.

But then I watch it.

And uhh, their stories really aren’t that different. A lot of people mentioning different things, but they are all really similar, so the stark differences we were promised don’t really come up.

I mean, this is no Rashomon, the first movie to have an incident occur, and people retelling it all have different memories, til we find out the truth is somewhere in between. It is now a pretty famous plot device. So we would hope for big differences in order for the time to be worth it.

What inspired this video was that she had heard rumors her whole life that her dad wasn’t her real dad. Surprise, it was true. The real dad knew he was the father, but he didn’t tell people. So that guy had part of the story that others were unaware of. A secret love. Maybe. The last line of the film makes us wonder if it was really that good of a love.

But here is the issue I have. Sure nothing crazy happens overall, this is real life. It is an issue a “Character” in the documentary brings up. People are talking for hours about her mom. This movie is less than two hours long. Sarah herself has to pick and choose what memories get told, leaving still an unstructured half truth of her mother, which is not what she set out to do. It is the exact same thing our mind/memories do, but at an editing table.

I just demand the 60 hour version, is all.