State Of Play was originally much further on my “to watch list”, but thanks to not getting the next shipment of movies in time, it became a quick backup plan. I just assumed it would be a lame thriller, but it turned out to be a lot more interesting. 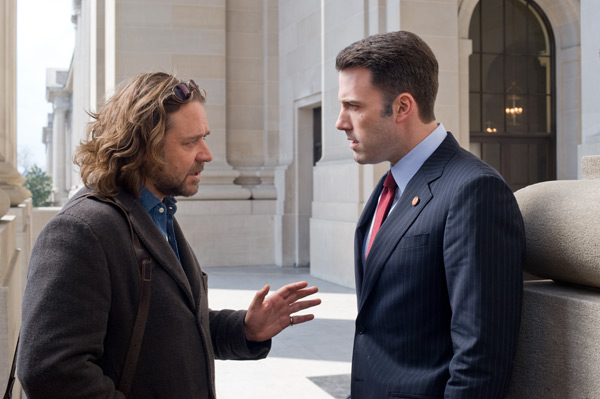 But first you have to assume that Russell Crowe is supposed to be okay with looking like a hobo.

Hobo looking Crowe is some big shot journalist. Old school methods, has some sort of integrity. But the movie opens with deaths! The first thing you see him do is get extra info from the head cop, because oh boy is he sly. Ben Affleck plays a congressman who is in charge of a committee / task force brought together to investigate PointCorp, a Blackwater like group that appears to be profiting way too much from the war, and shady tactics with mercenaries.

Turns out that besides the deaths, a woman also committed suicide in one of the three areas of the Metro in DC that isn’t covered by cameras. Of course foul play is expected, especially when she is on the same committee and a secret lover of Ben. Oh noes!

Rachel McAdams is also a new reporter, former blogger, who is assigned to the case with Crowe (before it becomes the big deal that it is). Also involved in smaller roles are Jason Bateman, Robin Wright, and Jeff Daniels.

For the movie, you will follow the journalist and police investigations of this crime, as they work together, and try and unravel who is behind everything and why are the events happening. Along th heads Crowe and McAdams different philosophies on journalism but heads, and is a central plot. A lot of ethical lines are also crossed, in order for “justice.”

Of course, you could also just completely guess what happens by the end too, and be right. I kinda did. 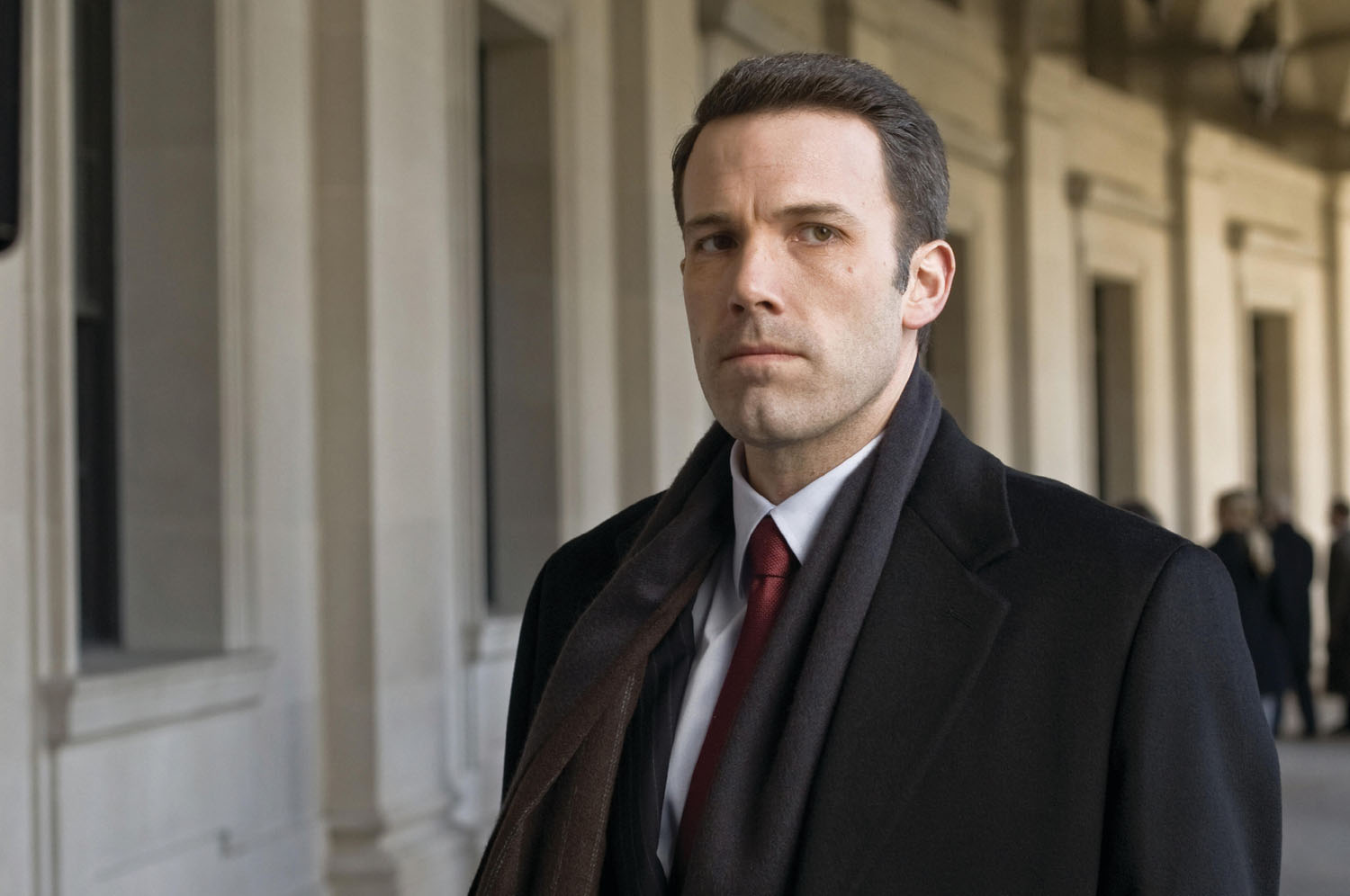 My guess was that Affleck wears a tie. Cha-ching!

Although interesting, a lot of it went over my head. Talk of war, politics, journalistic integrity, these are not my forte. I just like movies. I think I’d really have to watch it twice just in order to get it all. Definitely a smarter movie too. So for that…