Spring Break: a time for debauchery and nakedness! That is what I learned about it at least when I was growing up in the 90s, watching MTV six week specials. Seemed like the best time of everyone’s life, no worries, just party. Even Andrew W.K. would probably approve, although for different reasons.

But what if Spring Break itself offers some even darker and deeper undertones about society and the filth we ignore? That’s right. Spring Breakers is a movie with a message, and not just an R Rated Teen Sex-Venture. That means you have to get on your thinking (or artsy) caps before viewing! 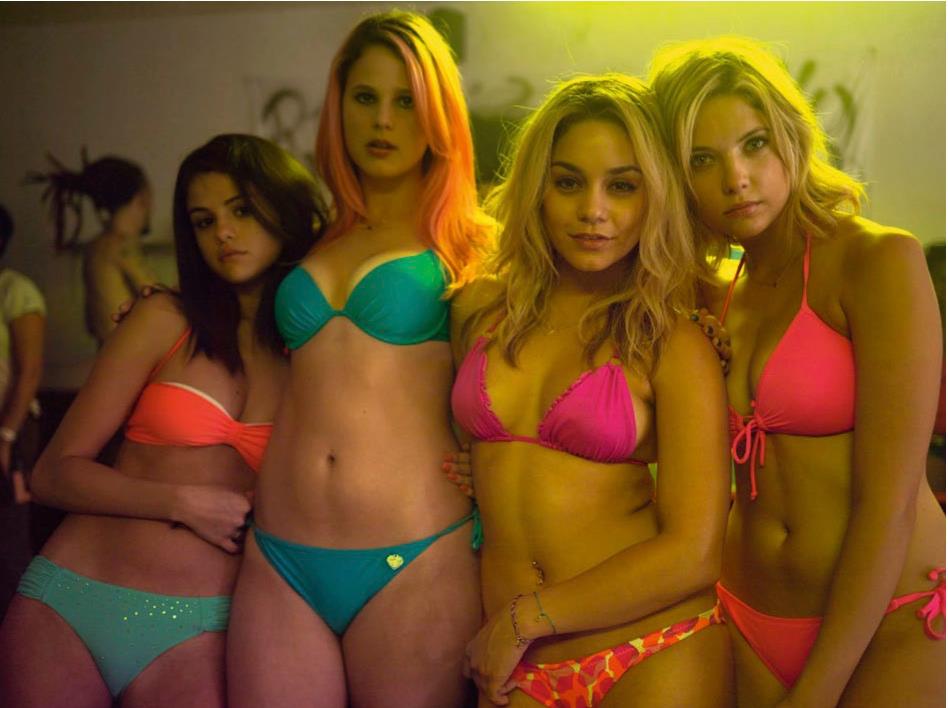 But I will give you a minute alone first without your hat on if you’d like.

Four girls are from who knows where, USA. They are in college, lower middle class, and bored during spring break. They wanted to go to Florida, to live it up, to experience life outside of their normal boring mundane existence, to escape for once, but they just can’t as they have no where close to enough money. Until three of them decide to rob a local cafe, gain hundreds in cash, and go on the trip of a lifetime that is.

Faith (Selena Gomez), the morally sound one did not participate in the robbery, but still participated in its gains. Candy (Vanessa Hudgens) and Brit (Ashley Benson) perpetrated the crime with a mallet and a fake pistol, while Cotty (Rachel Korine) was their getaway driver. Drugs may have been involved as well.

But hey, whatever, Spring Break forever! Well, it turns out Florida isn’t just a party central where white privileged individuals can get their party on and do whatever they want. There can be consequences as well. Partying too hard gets them arrested, and they don’t have the funds to bail out of jail. Thankfully, a local, Alien (James Franco) is willing to lend a hand. But does he have ulterior motives (outside of hot girls needing some help) for them? Also starring Gucci Mane as another drug king pin in the area. 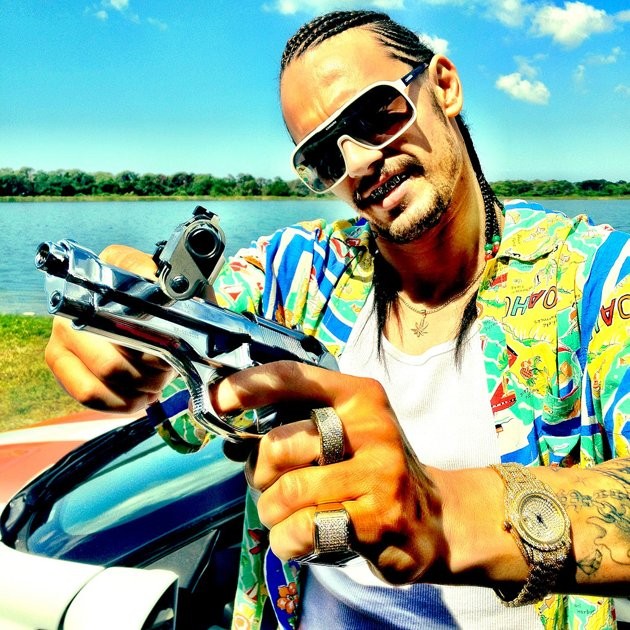 Let James Francos grill and corn rows sink in a bit before you continue.

Here is a plead. Don’t watch this movie without an open mind. That is all you need, I think, to maybe get something out of it.

The director is not a standard one, and the movie will maybe feel disjumbled and out of order (because it partially is). There is a huge lack of dialogue in terms of actual conversation between characters. Most of it can be heard as monologues during the events in the film. But a movie can have plot without dialogue — it can still tell a story.

Sure, there is a lot of repetition and not being sure of when certain events are occurring, but they aren’t that hard to get through. The music in the movie is there to help guide your journey, perhaps imitating a drug fueled trip on its own as our leading ladies experience the same.

But is that the point of the movie? Maybe. Depends on what you take out from it.

Personally, I think the point the director is trying to make is that white privilege is a real thing, college aged girls can basically get away with murder and still live out their lives, while other people of color or lower incomes are stuck where they come from and can never escape in America. Yeah, that is a pretty intense statement for a movie about Spring Break.

James Franco acted the hell out of his role, something I have never seen him in before. I am just mad he didn’t have that much passion (or creepiness) in Oz The Great and Powerful. He must have an On/Off switch somewhere. Don’t worry, this movie still features lots of naked women and dancing, if that’s what you want. It also had its problems, I only really knew one of the girls actual names in the movie, and couldn’t really tell Brit and Candy apart.

Most importantly, I think this movie offers something different than your normal cinema fare, and that excites me. It isn’t perfect, but I sure as hell think essays can be written about it later. Just not by me, I am experiencing my own post-Spring Break slothiness.