Smart People is a movie about “smart people”. Titles, straight to the point. I think the point is that normally, smart people in movies tend to be so smart, they tend to be pretty awesome. The real people with problems are the not as smart people. Smart people get to be doctors and save lives, or any number of things. But they usually help the dumb in movies, right?

Smart people may be smart, but are they happy? 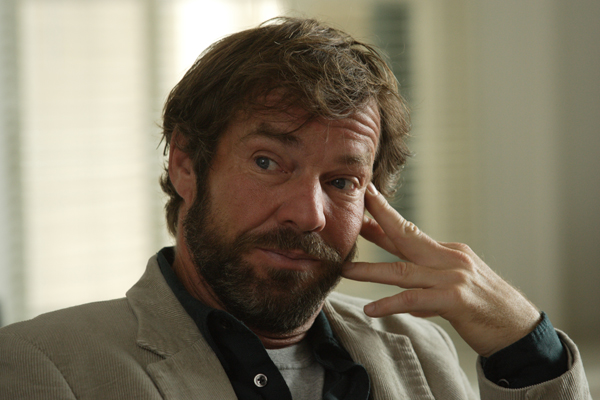 Dennis Quaid plays a university professor, teacher of some sort of literature and maybe some history too. He is really good knowing his shit, but he isn’t good as people. He is pompous, self centered, and a “misanthrope” (word of the day, bitches!) and can’t remember a single name of anyone he has ever taught. Mostly because he doesn’t give a poop.

And then he has a seizure. Bam, wake up in hospital, and under the care of head er nurse Sarah Jessica Parker. Another former student he can’t remember, who was so scorned by his meanness (despite her also crush) she switched to Bio/pre-med. Because of his seizure, he cannot drive himself for at least the next sixth months. That’s horrible. His daughter, Ellen Page, doesn’t want to drive him, mostly because she is in her final year of high school and freaking out about college.

But (thankfully?) his no good, beatnick, brother in law, Thomas Haden Church also has shown up again, looking for money, and willing to be his driving bitch. Also he has an older son who goes to the college he works at, Ashton Holmes, but who cares about that one. This is the Quaid and Page show!

Because of his wife dying a few years earlier, their home life may have been a mess. Page now cooks most of their dinners (and seems to be good at it). But somehow he goes on dates with SJP and you know what? He is bad at it. An asshole. Eventually with the realization that he is an asshole, he tries to change himself. But yet, still assholish. There is also the other plot with Page being all alone a lot, not friends, and finding (too much) comfort in her uncle, who wants her to have a good time. Damn high schoolers, always falling in love with their uncles.

One second. Can we talk about how weird it is that Ellen Page keeps having these roles where she is underage and falling for or having older men fall for her? Juno, she is pregnant and attracting older men. In Super, she wants Rainn Wilson‘s character. And don’t even get me started on Hard Candy. For all of these movies (Except for Super) she is underage too.

I like that the movie has a dysfunctional “smart family” for once, and it is a nice change of pace. After about 2-3 minutes into the movie, I had already wanted to punch Quaid in the face. His character is very hatable. It doesn’t really change until the end.

If you are guessing the ending from the description, well, you are wrong. Eat it. Ending was a nice way to end the movie, and not as cliche’d at the same time. After all, these are smart people. They can figure their lives out, right?