Back in 2012, there were a lot of shitty horror movies. In fact, The Apparition, The Possession, and The Devil Inside would have all made my worst of the year lists if I did them back then.

But there was some hope. We received Sinister. Sure I only gave it a 3 out of 4, but in reality, I think what they did with it was very innovative. It featured Ethan Hawke, who I tend to love or hate (this time was a love). The cinematography was wonderful. The world they built was just overall eerie, and it didn’t feature a lot of jump scares. Just everything in general was scary and creepy as fuck. It was my favorite horror film of the year obviously and I was totally ready for a sequel.

However, maybe the filmmakers or studios weren’t ready for a sequel? Sure, they didn’t rush it out, as they waited 3 years for the next film. I am happy they didn’t try and make this a yearly affair. Those wither up and die rather quickly. Despite my own excitement for Sinister 2, it received barely any pre-screenings for the public or press, which is generally a sign that they know they are releasing a terrible film and just want to get it over with. 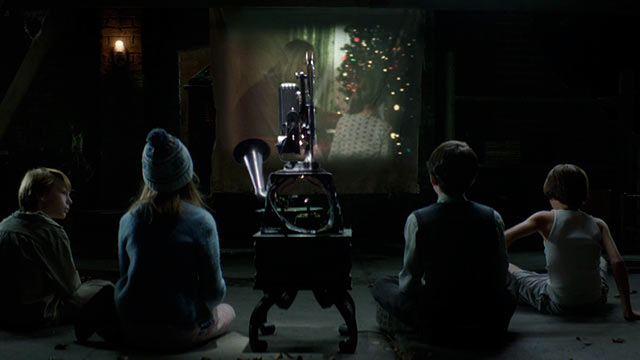 The PR company probably just wanted everyone to show the film in small kid focus groups instead. That must be it!

Given what happened in the first film, we don’t expect a direct follow up from our last family. Obviously. So less star power. But hey, we do have our Deputy (James Ransone), who still doesn’t have a real name. But we can call him Ex-Deputy now. He left the police force after the awkwardness of the first film and is getting obsessed with Bughuul and his myths. He is burning down houses to prevent more families from being killed. If no one new can live there, he can protect them! He heads to a farm in Springfield Illinois that had a bad church based accident, but wouldn’t you know it, a family is squatting there. Fuck.

Courtney Collins (Shannyn Sossamon) is living there with her two kids, Dylan (Robert Daniel Sloan) and Zach (Dartanian Sloan). They are hiding from the husband/dad (Lea Coco), who of course was an angry man and slightly abusive. Of course Bughuul and his posse of kid ghosts are trying to get the smallest kid, Dylan, into turning slowly evil. He is being peer pressured into watching creepy videos of death scenes, a few of them a lot more graphic and fucked up than the first film.

Now Ex-Deputy really doesn’t know what to do. He wants to protect the family, but weird stuff will happen while they are in the house, but if they leave, the real tragedy will take place. Fuck. While dealing with that, he is also interacting with Dr. Stomberg (Tate Ellington), who has information on potential Bughuul sightings in Norway with Ham radios. Weird. Also Lucas Jade Zumann plays head kid ghost, Milo. 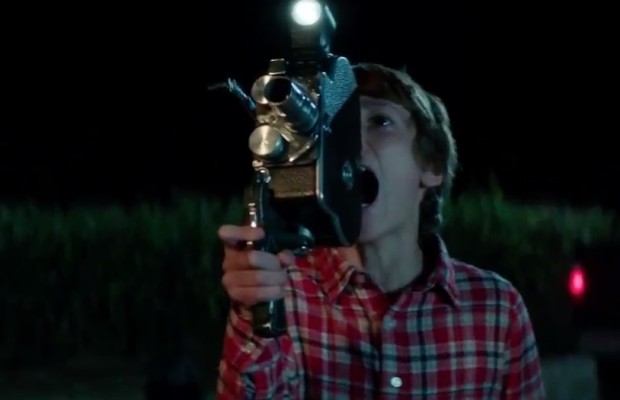 The power of motion capture compels you!

Sinister 2 is not as good as Sinister. Everyone anywhere will agree with this fact. But just because it is technically worse on every level does not make itself a bad film.

Specifically on what is worse, the cinematography is just completely average. A regular movie. What really built the tension in the first film involved these sleek sexy shots. The fear didn’t involve jump scares, but appropriately creepy scenes and the occasional movement, sure. Outside of creepy videos in the sequel, the only scares came from very expected jump scares.

Not just jump scares, but a lot of them were audio based jump scares, where my ears were blasted with terrible sounds. Their way of doing eerie music during the kill videos was just a scratchy record player attached to the olde fashioned camera. Maybe my theater just made everything stupid loud, but regular objects being freakishly loud to attempt scares got really old, really quick.

In terms of plot, it was interesting to have the abuse plot. It was good to have something not focused on the evil spirit, but halfway through it made me wonder if it would have better if they still stayed in the abusive house. You know. Cause demons. It was also enjoyable to have a link to the first film, in regards to the deputy, although I definitely forgot about his character completely. Another good note is they didn’t try to go into the backstory of the demon. No, we focused on the dead kids and a point of view of a kid instead of one of the adults. It was a nice change, just still not as good as the first.

Also, the last scene was stupid. Setting up for a future movie with a different twist. It was just dumb. True fact.