If you saw the trailer for Side Effects, you probably found yourself confused. It tells you practically nothing; something about pills, a doctor/therapist/pharmacist getting in trouble, and maybe someone dying. There really isn’t enough here to convince the average person to check out the film. But what if “mysterious” is what the movie was going for? A trailer for a few weeks many months away, then nothing, and let the lack of any ads drive people in droves to figure it all out. 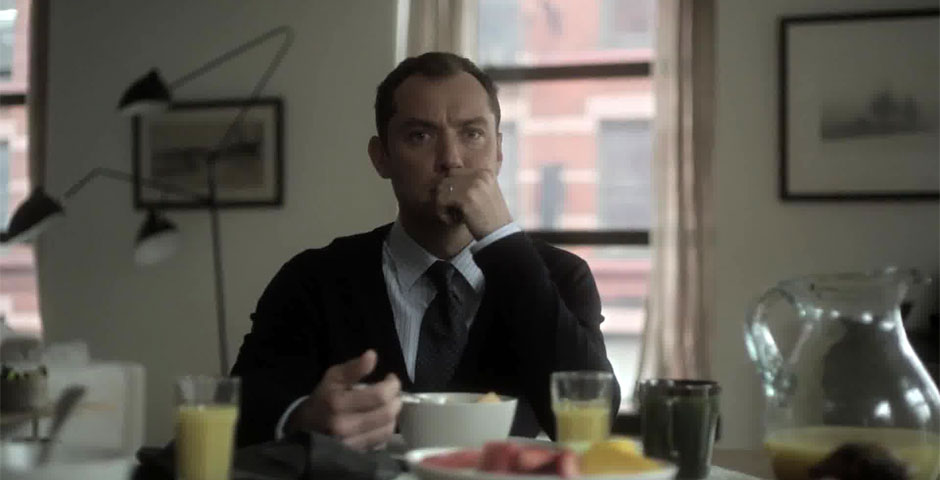 No amount of thinking will make this a good strategy, Jude.

Emily Taylor (Rooney Mara) is a lonely woman. She used to suffer pretty hard from depression. Why? Because her husband (Channing Tatum) was sent off to jail for four years for insider trading.

Well he is finally back and they can get their life back on track and everything will be great again! Right?! Wrong! Bam, Emily crashes her car on purpose and sent to the hospital. There she meets Dr. Jonathan Banks (Jude Law), who reluctantly lets her back home despite the attempt on her own life, but only if she will come to therapy sessions a few days a week and take some anti-depression pills.

But every pill has its own side effects associated with it, which could lead to irrational behavior and other strange issues. Also featuring Vinessa Shaw as girlfriend of Dr. Banks, and Catherine Zeta-Jones as her former psychiatrist. 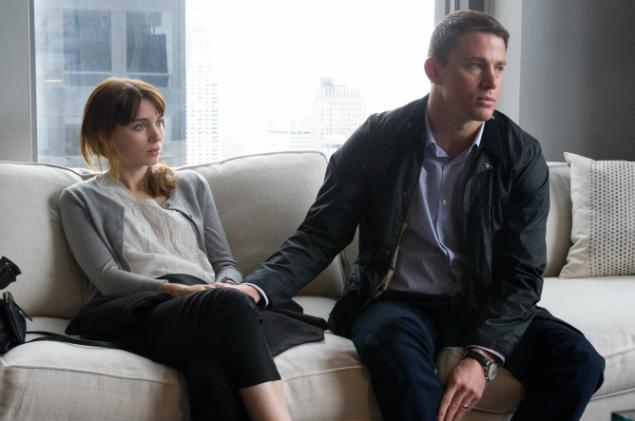 “I just don’t understand doc, what’s wrong with sticking your dick in crazy?”

Hopefully you noticed I still tried to keep the plot description vague, because frankly, it helps. Going in to see this movie, I knew nothing, which is how I prefer to watch films anyways. I am glad the trailer was vague and didn’t give the entire movie away. So I tried to keep the favor for you readers, but give you a bit more detail to hopefully spark some interest. Because, as it turns out, Side Effects is pretty darn good!

Not only is it directed by Steven Soderbergh (Who has given us the Ocean’s Trilogy, The Informant!“, and “Magic Mike“. Okay, one of those doesn’t belong), but it is apparently going to be his last film for awhile. Officially, he is retiring, but I am sure that within a decade he will be back.  The only person to successfully quit the film industry has been Rick Moranis.

Side Effects is more than a simple “Who Dunnit” story by focusing more on the why and the how. Throw in some ethical debates about the role of doctors and medicine, and you might also earn a minor in philosophy by the time the movie is through. While watching the movie, I found myself getting angry in the best way possible. I was mad at the events happening on screen, at the loopholes and the needs for a scapegoat, but most importantly I was mad that it was incredibly realistic. The actual events in the movie I don’t think would ever happen in real life, but the reactions to those events were so spot on, I almost did a little “This is what’s wrong with the country!” rant in my head.

If you want to have some emotion evoked in your movie watching experience, I suggest checking out Side Effects. Give Steven Sonderbergh a reason to come back to film in a few years.