Hooray, review 800! Are you excited? Well, too bad. Because I am excited. Like normal, you can check out the rest of my Milestone reviews by clicking that link that I just provided.

Because Twilight is over, I have decided to go the “Movie So Awesome, it must be talked about in more than 500 words,” and this one was suggested by a reader.

Shoot ‘Em Up. Have you heard of it? You should have. It came out in 2007 and basically attempted to make one of the most over the top, most ridiculous, gun shooting based movie. More ridiculous than Smokin’ Aces even. Although this movie doesn’t feature a dead Ben Affleck. I also am going to give a lot of spoilers for this movie, but really, I doubt words and straight pictures will ruin the experience for you.

If you don’t eat your vegetables kiddy. Or we might have to force you.

The movie begins with Smith sitting on a bench. A very pregnant woman (Ramona Pringle) runs by, panting heavily, and scared, and it becomes obvious she is being chased by a hitman off to kill her. That doesn’t seem fucking nice at all. So Smith kills him with that carrot. Fuckin’ A.

This freaks out the woman, who goes into labor. Too bad a SMALL ARMY OF PEOPLE attack the shit out of him. So he has to play doctor, easing her through the pregnancy, while shooting the bad guys. This is literally five minutes into the film.

\
Seriously, eat the carrot. It will help your vision, and help you shoot people.

Well fuck, while breastfeeding, the mom gets shot in the head. By fucking Paul Giamatti, who really wants that baby dead. He even has a special pistol that requires a thumb print to fire, so do all of his men. That doesn’t help Smith, when he wants to use it. Unless he cuts off someone hand that is.

Oh yeah, this whole time he has a baby in his hands too, just trying to survive. Because they want the baby dead! 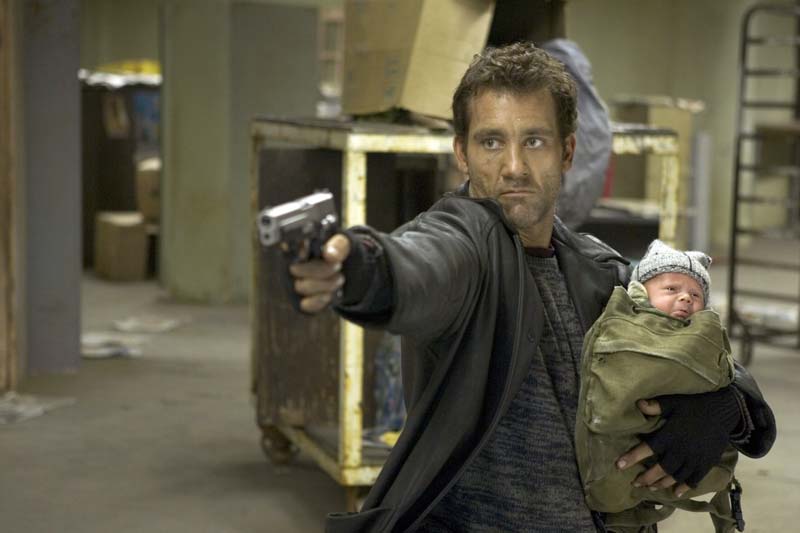 Babies are important. Why in this movie? We are not sure. Maybe he will grow up to be president?

Either way, eventually Smith doesn’t give a shit anymore. He wants to get rid of the baby, deciding to just leave him in a park on one of those playground merry go round things. Well, they try to snipe the baby. Fuck. So he does what he has do, and SHOOTS THE FUCKING PLAYGROUND ROUNDABOUT THING to make it spin, so the baby can’t be sniped. What! What! What!

Yeah, fine, let’s get the baby, and let’s find a way to feed it. He needs milk.

“Fuck you, ya fucking fuckers”. Actual line during this scene.

To the brothel! Why? Because they have fetish stuff going on. Including a lactating whore. Donna Quintano (Monica Bellucci). Great, now the baby can survive later. I guess. In fact, she turns out to be double useful, hooking on the street to get some money to get the baby a bulletproof vest. Because why the fuck not.

Babies need protecting. Spoilers, they end up having sex later. Guess what? People attack them during it, but is Smith going to stop the sex? Hell no. He is going to finish, and shoot some bitches.

That was a double joke there. Talk about shooting your load.

They also go back to his normal hideout. Oh yeah, I am totally telling this out of order. Not even mad yo.

Well, it turns out they try to kill him there too. So he hides the baby and woman in the dumbwaiter. More deaths happen, but even more so, his entire staircase is full of people ready to take him out and he needs to get downstairs. How do you take them out? Dominoes? Nope. Too simple. You need a rope from the ceiling to the ground, you need to slide down that rope, and AK shoot everyone in a killer fucking spiral of doom.

That’s what you need to do. 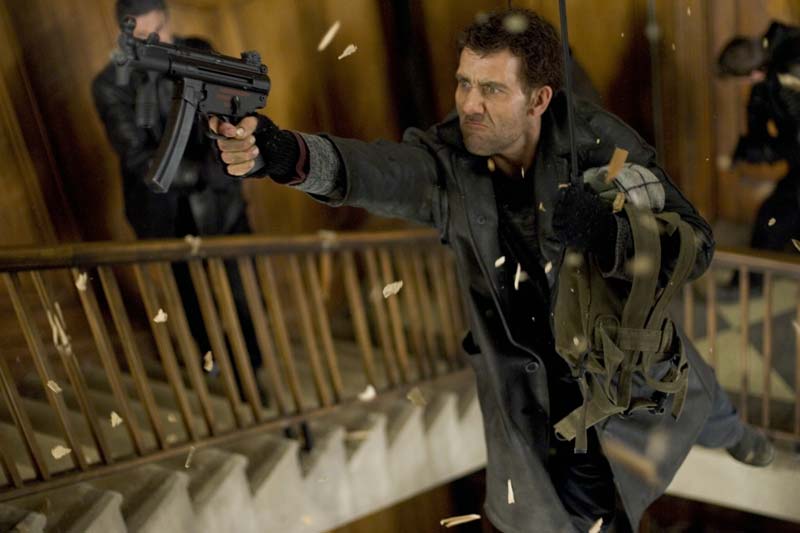 This is like The Boondock Saints scene, but 23x greater.

They eventually find out the baby was part of some sort of genetic testing. Not a super soldier. But at least one man is supplying all the sperm. Kinky.

This is all wrapped up in a conspiracy of course. Maybe an anti-gun senator? Maybe going against Hammersmith (Stephen McHattie), a gun supplier? Either way, it will lead to a shootout in a gun factory. WHICH MEANS A SHIT TON OF GUNS FOR EVERYONE TO SHOOT. YEAHHHH.

But it would be too simple to just shoot all the guns. No, he needs to set gun booby traps, all attached by strings, letting him just take out everyone. DOES THIS MAKE ANY SENSE? NO? Well it shouldn’t. Because SHOOTING YEAH! 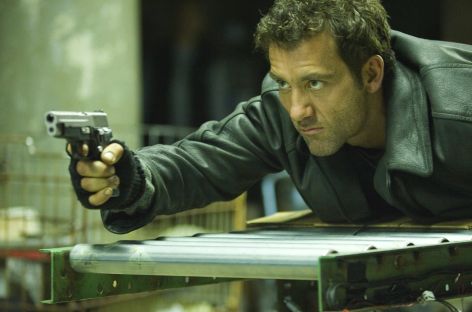 Not a relevant picture to this part of the plot.

I am running out of time. Here is a list of more ridiculous shit that happens in this movie.

A gun is used as an engagement ring.
Everything can be used as a weapon.
Babies are fucking doable.
A plane ride and an assassination.
A SKYDIVING SHOOTOUT.
And lets not forget shooting bullets out of your fingers by sticking your hand in flames.

MORE CARROT BASED DEATHS. There are at least five.

Like I said above. Shoot ‘Em Up is one of the wildest movies I have ever seen. The action is always there, the one-liners are very one-liney, and the deaths start over the top and only escalate. There are no real normal deaths in this film, everything is ridiculous.

I don’t even have anything else to say. I described some stuff, you should see this thrill ride. It is more ridiculous than a video game.