When I heard the title, Season of the Witch, a naturally assumed some fantasy based film: knights, witches, magic, what not. I didn’t know it would try to be a “fictional historic movie”. I do love me some Ancient History too, but not that Medieval crap, so that wasn’t a good start. 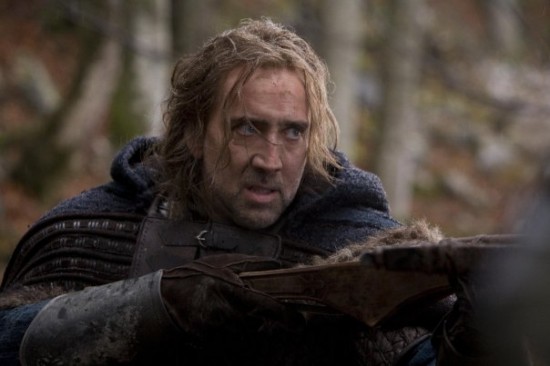 The “Main Star” choice was also a bad start.

Nick Cage and Ron Perlman are Crusaders! Rawr! The beginning opens with them kicking ass seemingly all over Europe (thanks to different weather types and, you know, subtitles telling me place names). They are so bad ass, they can even make jokes during their melee-tastic frays! But once they end up having to kill innocent people and women, they leave the order, turning their back on the Crusades and Jesus.

Later, in another part of Europe, they are discovered to be deserters! So they are imprisoned. The local king though is all kinds of dying, thanks to that Plague thing. They think they found the witch that started it all (Claire Foy), so they need someone to take her to a Monastery far away,so they can determine if she is a witch and get rid of the plague. Also joining them? Head knight Ulrich Thomsen, Alter boy Robert Sheehan, Priest dude Stephen Campbell Moore, and criminal who knows the way Stephen Graham.

Yep. So they journey, and try to determine if she started the plague or not, if she is a witch or not, and you know, try not to die themselves. Also, figure out why God would do all this. 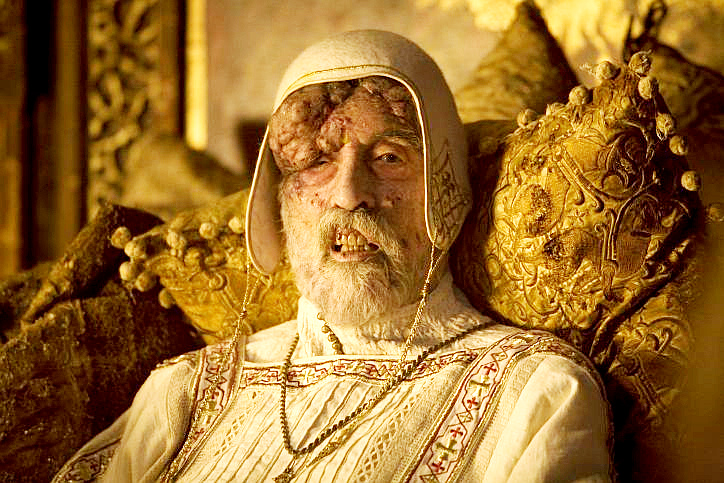 Oh what shenanigans is God up to now!?

Personally, I thought the movie really dragged. It was hard enough to accept the ending, but also I am expected to believe that Nick Cage is more bad ass than Ron Perlman? Never! Impossible! I definitely believe that people back then may have blamed witchcraft on something as horrible and deadful as the Plague.

But the movie went pretty much as expected. A twist near the end wasn’t really that much of a twist at all. The sometimes obvious fake scenery that a few scenes have also seemed to bug me. Fights / action sequences were okay. But most involved either dark scenes making them hard to understand, or felt way too long (the last one). It can be an okay film, I guess, if you just want some Medieval action, but found it pretty lacking in enjoyment.