Heck yes. Straight to video, Scorpion King 3: Battle For Redemption. This is clearly the movie you have been looking for.

In fact, here is a real piece of “Trivia” on IMDB about it, and possibly the best trivia I have ever read for a movie:

Get all of that? I linked to the links they provided. So don’t worry, I didn’t miss one. 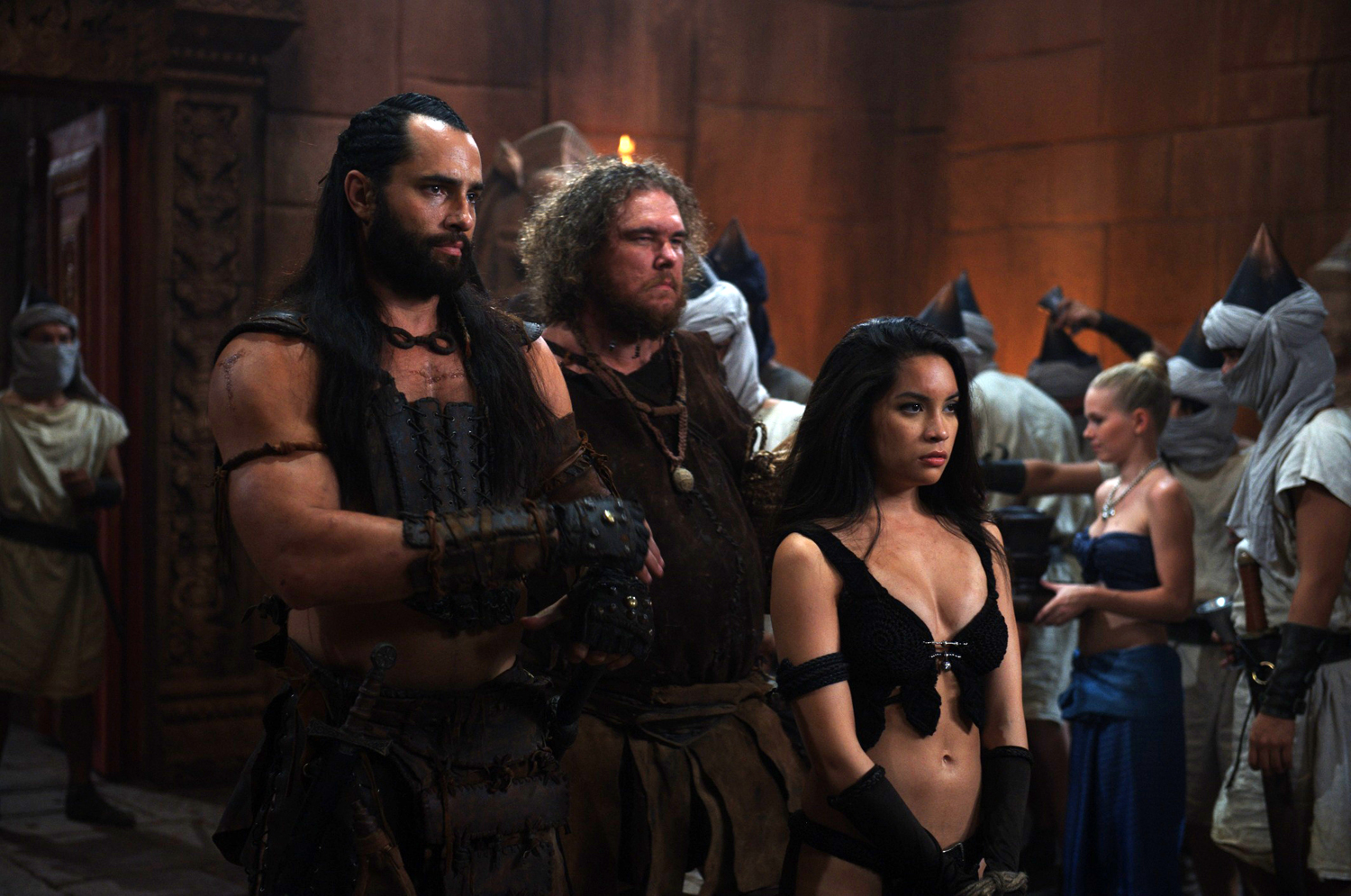 The last picture on page 1 for SK3 is this, and the first one of the actual main characters. Go figure.

I wish I could say the guy on the left (Bostin Christopher) is there for comic relief. I mean. He is. But to me it seems that everyone is there for comic relief. I don’t think I single character is really that serious in the movie. Not campy, like a lot of The Mummy’s characters, but mostly just dumb. The main guy is played by Victor Webster, and for some reason he is a mercenary.

Ron Perlman! A king of some blah place hires them to go and fuck up another guys place. That other guy being Billy Zane with hair. Probably a Tyrant. Also is getting the Book of the Dead to cast some spells, get some ghost warriors, and become a god. Something like that. And they have to stop him!

Ron Perlman just wants the area to rule though. So he also might be bad. 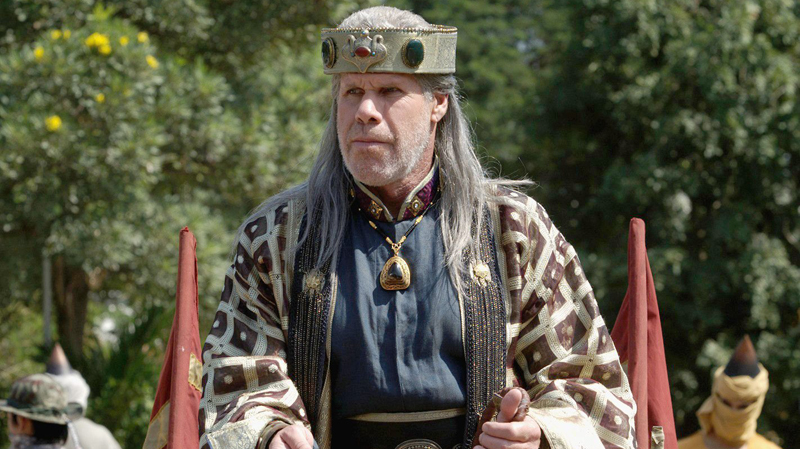 He also has crazy hair!

So, this movie is a mess. Not only does it never grasp your attention (since everything seems like a Joke, despite the “Serious tone”) but it is also boring (Reader: “Didn’t you imply that with never grasping your attention?” No. No I did not). Plot is stupid, no one acts good, and not even funny.

WHY ARE YOU DOING THIS TO ME RON PERLMAN? YOU CAN DO GREAT THINGS. YOU WERE HELLBOY!

But he must have money problems or something. Because he seems to take every movie that comes his way.

Or maybe he is just bored, and realizes life is short, why not make some (a lot of) shitty movies?