With a fantastic title like Safe House, how could it be bad? 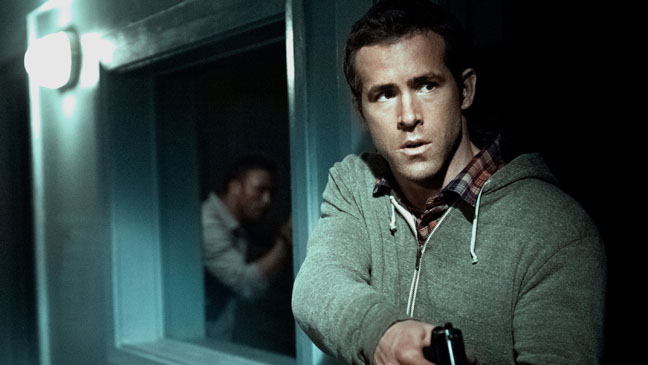 This is a cheap trick. Dude wasn’t even the bad part of the movie.

Even though I watched this film a few hours ago, I feel like I forgot a lot of the plot. Whoops.

Well Denzel Washington! He is a bad man! He used to work for the CIA, but awhile back became an international criminal instead. Apparently sold a lot of secrets too. After getting some secret files from an MI6 agent, Liam Cunningham, he gets attacked by a mercenary, Fares Fares (what!? I am doing that thing where I just note actor names, not character names. And this guys real name is ridiculous). Blah blah blah, he ends up getting to the American Consulate in South Africa, and taken into a Safe House!

Low level CIA agent Ryan Reynolds is in charge of the Safe House, and has heard many tales of Denzel. Other operatives come in, and end up torturing him. Which sucks. But not as much as when the mercenaries from earlier break in and start killing everybody! Ryan has to escape with Denzel, both trying to keep him a prisoner, while also protecting him from getting killed. He also has a girlfriend, Nora Arnezeder, who of course knows nothing about CIA stuff.

With the “help” of agents Brendan Gleeson and Vera Farmiga, Ryan has to go temporarily on the run, until appropriate back up can be dispatched to save them. But until then he has to try and hide, while keeping a prisoner trying to escape, and watching out for deadly mercenaries. Also, of course, not everyone on the CIA is on the up and up, so trust issues are apparent, and whether or not Denzel is even a bad guy.

And then they made shadow puppets?

Summing up my thoughts can be pretty weird. Mostly because I am sure you guys know how I feel about a movie based on how I describe the plot. Probably.

Well I didn’t like Safe House. As I said in Caption 1, it is not Ryan Reynolds’ fault! It isn’t a single person’s fault in the movie either. Just the entire thing bored me. I wouldn’t describe any acting as horrible, just, whatever.

Don’t even have much more to say about it. So uhh. Yeah!