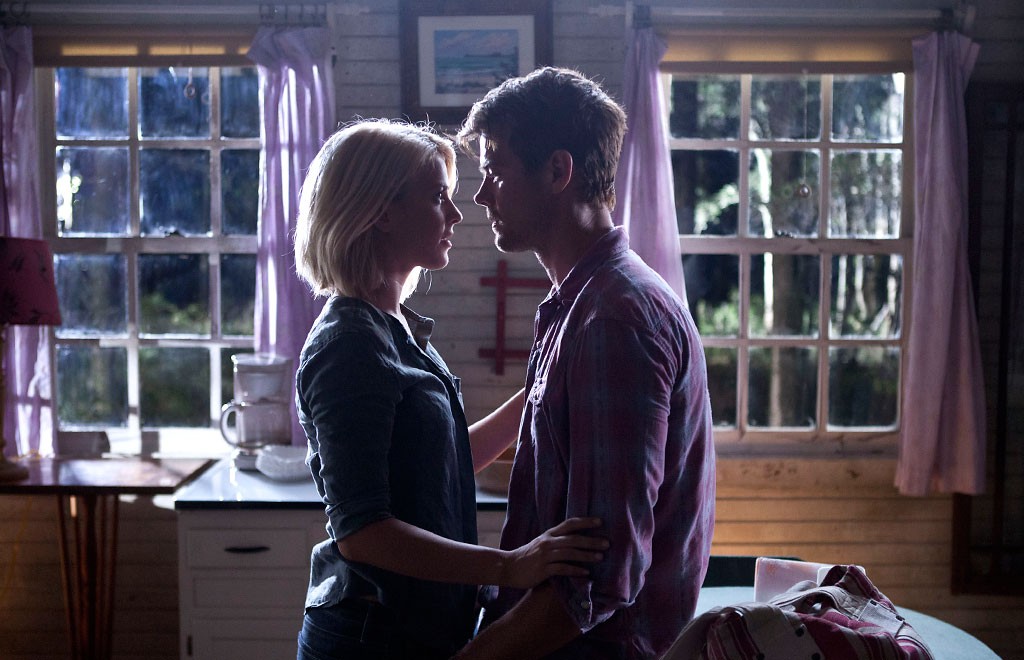 Aww yeah. Kiss her. Right on the mouth. There you go. This is what we paid for.

Safe Haven of course opens with Katie (Julianne Hough) having her hands covered in blood. Wait, what? Okay, that is different.

She is running from the law, apparently. Dyes her hair blonde, gets on a bus to Atlanta, and barely makes it out in time. That detective Tierney (David Lyons) is super frustrated, probably because he just let a murderer or something go home free.

But on the way there, she decides to stop in the city of Southport, North Carolina, which is nothing like Boston. Yeah, that is a good place to hide away, small town, nice beach, everything is cheap there. In fact, getting a nice secluded house was also pretty dang easy, and a job. Well done, Katie. Well done. She only has one neighbor, the boring and seemingly needy Jo (Cobie Smulders) who always wants to hang out at Katie’s house and hook her up, while bitching about being stuck in NC.

Either way, she feels safe in this (I guess you could call it) haven that she has found, and starts getting a little bit interested in the local clerk Alex (Josh Duhamel). He has two young kids, had a wife, but she died of that cancer thing. Bad times. But his (uncle? Old friend who also works at the shop? Red West?) convinces him he too must move on, and they do that romance thing.

I’d say more, but that ruins the surprises. 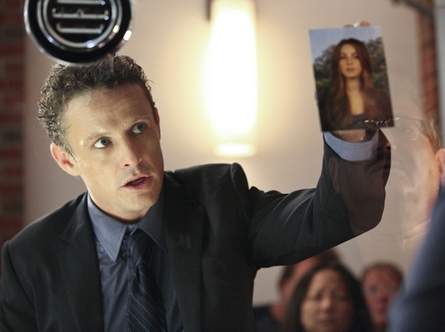 Trying to figure out why the cop is a giant douche bag is half of the fun!

One, this was filmed on location in Southport, NC. Basically every thing he said about it was true, down to their festivals. Even the phone area code, well done Sparky. But it isn’t too impressive, since he has filmed multiple films there already, even if not based in it.

Two, in terms of chemistry, Duhamel and Hough have got it. It seemed and felt real, unlike a few other movies I have seen of his. Like, high quality. They were great together.

The issues of the film come, as expected, from the plot and characters in it. I explained my frustration with Jo. Like, zero depth to her character, and she felt awkward the whole movie. I cared zero about Jo, just that she seemed weird.

The cop on her case, until we find out more, is just a drunk asshole, who keeps breaking the law to find her location. It doesn’t make sense early on, and gives us zero time to actually assume she did something wrong, because we are too busy hating the cop the entire film.

And lastly. HOLY FUCK THAT ENDING. NO. NO NO NO. NOOOOO. WHAT?! Come on Sparks. You were sailing. Good stuff was happening. Then you throw, THAT at us? Do you hate your fans? That ending is just, so bad. I wish I could tell you without feeling like an asshat. If you want spoilers, you can request them (and probably read a wiki outline or something on them faster).

Overall, I would say the majority of the story ended up being one of my favorite stories by Sparks, but uhh. Certain elements kind of kill it for me. Like a lot.