I definitely picked up Room 237 on a whim. The cover looked interesting. I was guessing it was an indie romp or some sort of hippie horror film. All of those hexagons yo. Who knows what was going on there? 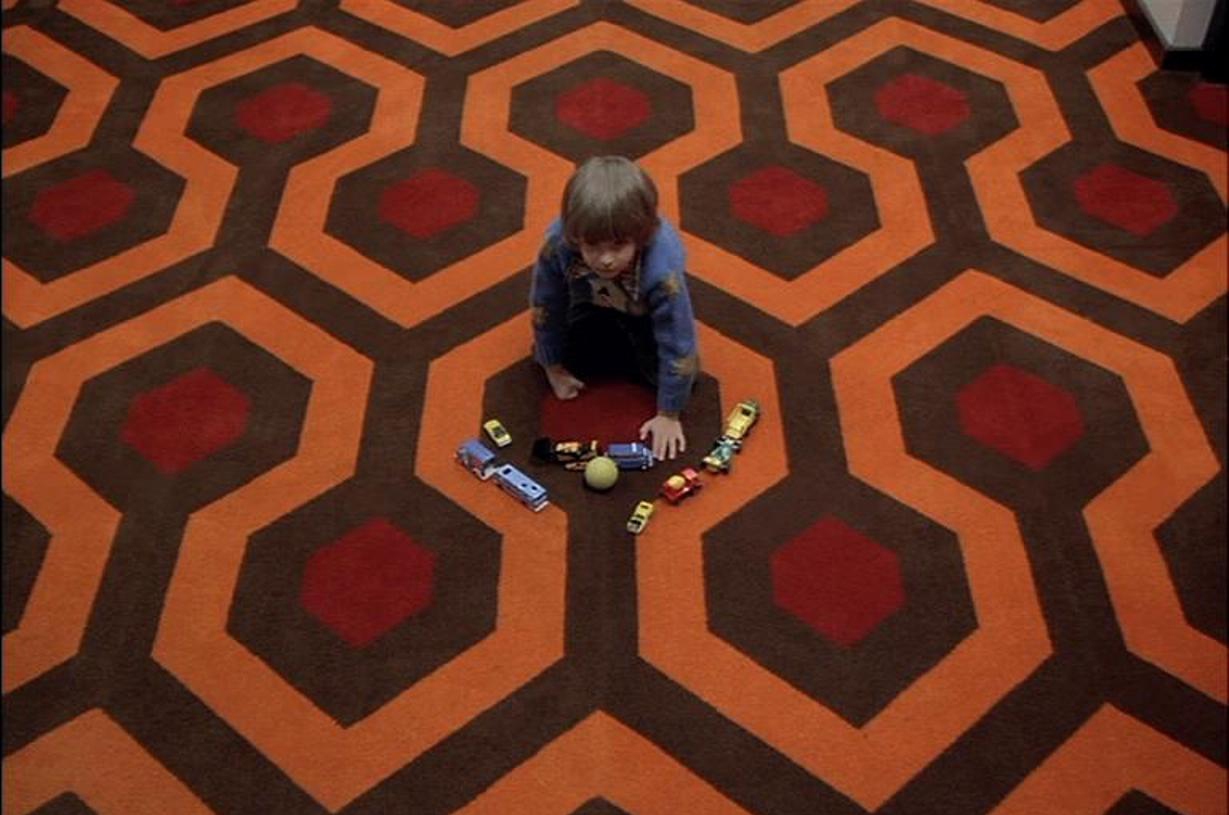 Ah, now I understand the hexagons.

Alright, so the whole movie is basically dialogue, spliced over mostly scenes from The Shining. Either randomish scenes, or scenes directly being talked about, with helpful arrows and slow motion when necessary. There are other scenes from Kubrick films too, and then a few random ass ones, but mostly The Shining. That makes sense.

The people talking? We don’t see any of them. Just hear their voices. Who are they? Mostly all random fans of The Shining, with their own forms of analysis and what they got and saw out of the film. Some of them might be actual “film experts,” hard to say, since we are just flashed their name and given their words.

So you are probably wondering what theories they had, yeah? Well, I won’t spend any time explaining them, but here are some thoughts!

The Shining is about the Slaughter of the American Indians. It is about the Holocaust. It is about sexual demons and desires, and their attractions to humans. It is about ghosts that love watching us. Someone made a map of the hotel based on the movie, and found many fake/impossible hallways/windows. That of course means something. There are parts that would generally be considered continuity error, but not in this film, because Kubrick. It could be about a minotaur and his lair. It is about the past…which past? All the past. Or its about how the moon landing was fake.

What?! Okay, that theory I have heard before, and a lot of those clues are pretty exciting.

One guy watched the movie twice at the same time. Once in forward, other in complete reverse, right on top of each other. He found apparently a lot of interesting scenes that mean a lot more, but come on. A man can’t design a movie like that. 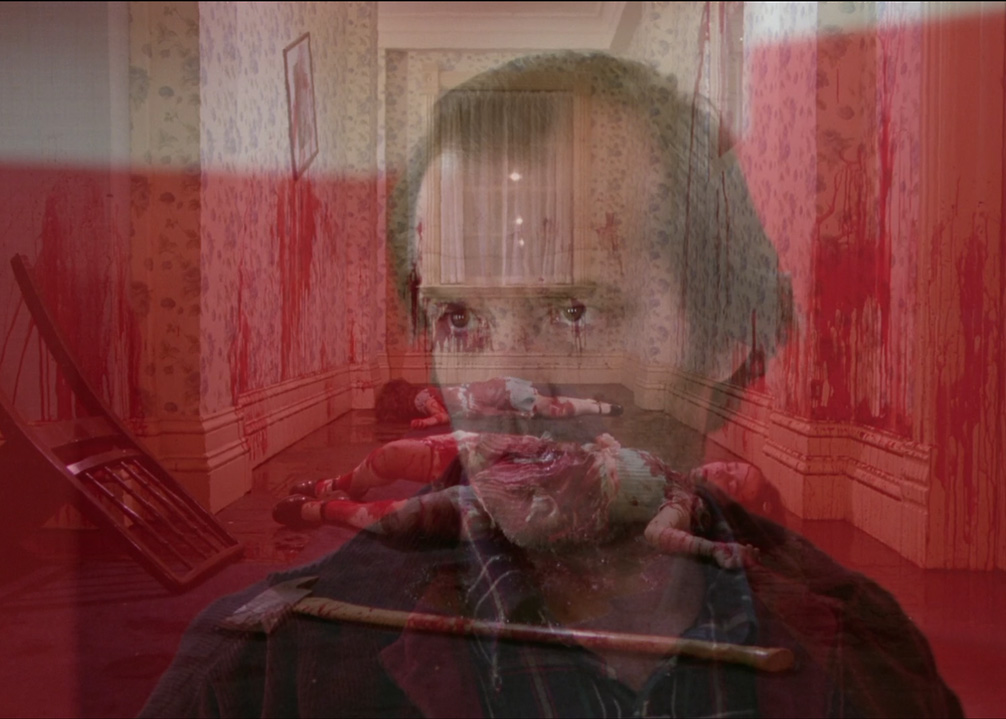 Forward and backwards image. Pretty haunting, sure. But intentional? Ehh…

By now I bet you looked at the rating. You might be wondering why.

Well, just like I gave The Gatekeepers a low review, this one has horrible horrible horrible production quality. We don’t learn anything about the people talking, so we never get really any qualifications unless they decide to tell us. They switch between some talkers, or talkers come back later, but they expect us to remember what they said earlier in the film and who they are, without even getting to see them? JUST their voice? Shit, that is worse than The Gatekeepers.

The other main issue? It is boring as fuck. I tried to stay interested early on, but then eventually you get people with bigger axes to grind, who want to talk about everything, but none of it is in a really constructive way. Like, cool, a chair is missing between scenes. It is on purpose? Fine. Then they don’t tell me what they think it means? I can only hear the same shit so much. This movie is 100 minutes and it is insanely boring.