Was I entertained? Only kinda. Most of the songs in the movie end up being bad, except of course the small parts where Anne Hathaway gets to go LaadaadaaAaahAhhh. That’s a rough estimate of how her lines go. In fact, the best songs are during the closing credits. Whats up with that? Make some of them part of the movie. Most of the birds ended up being rappers too. Will i Am didn’t need to be in this. Was interesting hearing Jemaine from Flight of the Conchords though. Didn’t realize it was him until the rap part in his song. Too bad his bird character was annoying. 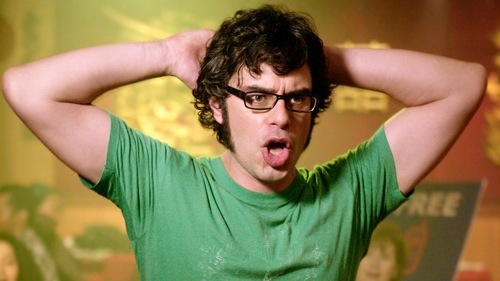 The plot was silly. The character, Blu (how original0, voiced by Mr. Social Network himself was a nerdy out of place bird who couldn’t Jive with the happening lifestyle of Rio. He couldn’t even fly! He didn’t like the music, and he liked having an owner. What a freak. Not even Anne Hathaway in bird form could make him change his mind. It took a wacky adventure of hijinks and looking for his owner to gain his own independence. But you could have guessed that. I don’t like the tie in with Angry Birds.

I also don’t think they accurately portrayed Carinval. They make it seem like one big parade at night and that is it. Not the multi-day all day every day affair that it is. Also costumes weren’t skimpy enough. But seeing the owner in her bird outfit for Carnival was CGI-Hawt.