Nicole Kidman and Aaron Eckhart give a great performance here of a couple who are dealing with the loss of their son. Both are taking different routes, experiencing with grief groups, and other quirks involving their sons things. 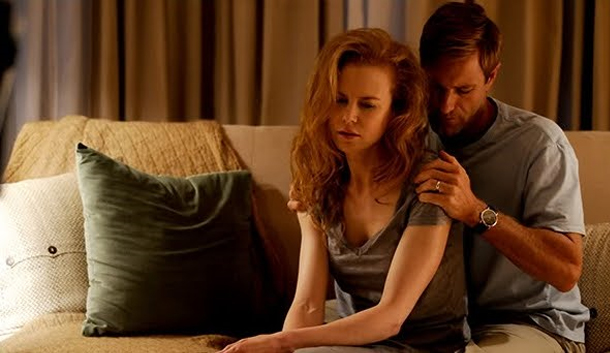 “Hey baby, I know one way we can forget about our dead child…”

Throughout the whole film you will sense the anguish between them, especially of Kidman here. Eckhart appears to be handling it a bit better, but it still doesn’t prevent him from lashing out in a few scenes where it is almost pure anger. In the movie, Kidman also tries to connect with the driver of the car that hit her child (Miles Teller), and how it is has affected his life as well. It provides PLENTY of awkward conversations that are just real.

The ending provides some hope, instead of leaving everything in taters and unsolved like a lot of these “Great films”. I have to sparingly watch this movie, but I know I will again in the future.